Accessibility links
Mass Graves Discovered 24 Years After Rwandan Genocide : The Two-Way Up to 3,000 bodies are thought to be buried in the graves, victims of a 100-day massacre that left 800,000 people dead. Survivors wonder why the sites are just being uncovered. 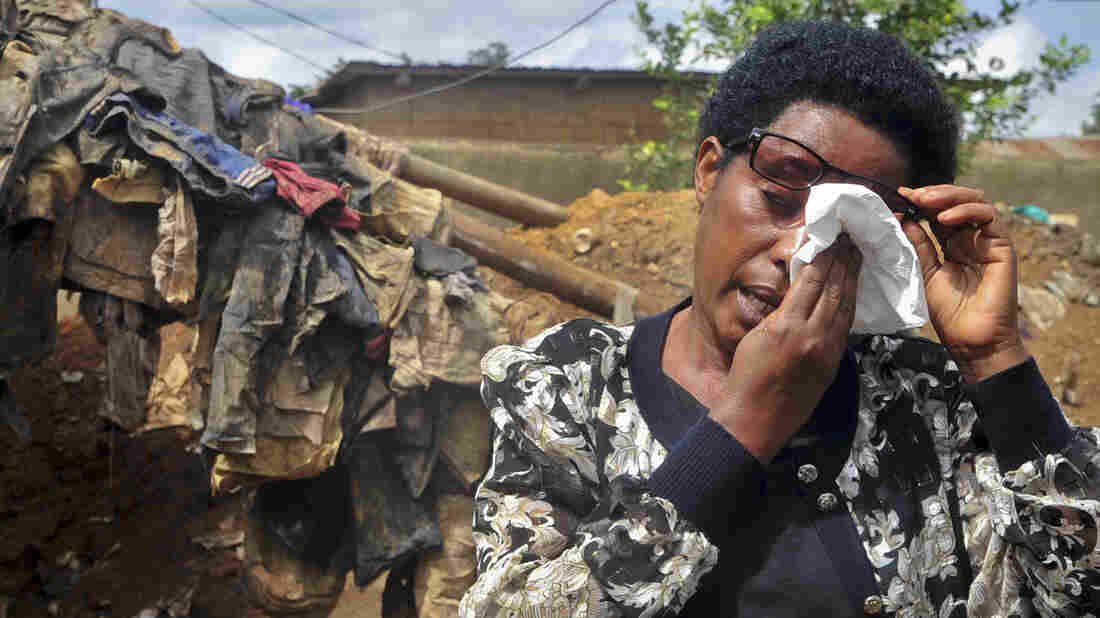 France Mukantagazwa, who lost her father and other relatives in the Rwanda genocide and believes their bodies may be in the newly found graves, cries as she speaks to reporters at the site on Thursday. Eric Murinzi/AP hide caption 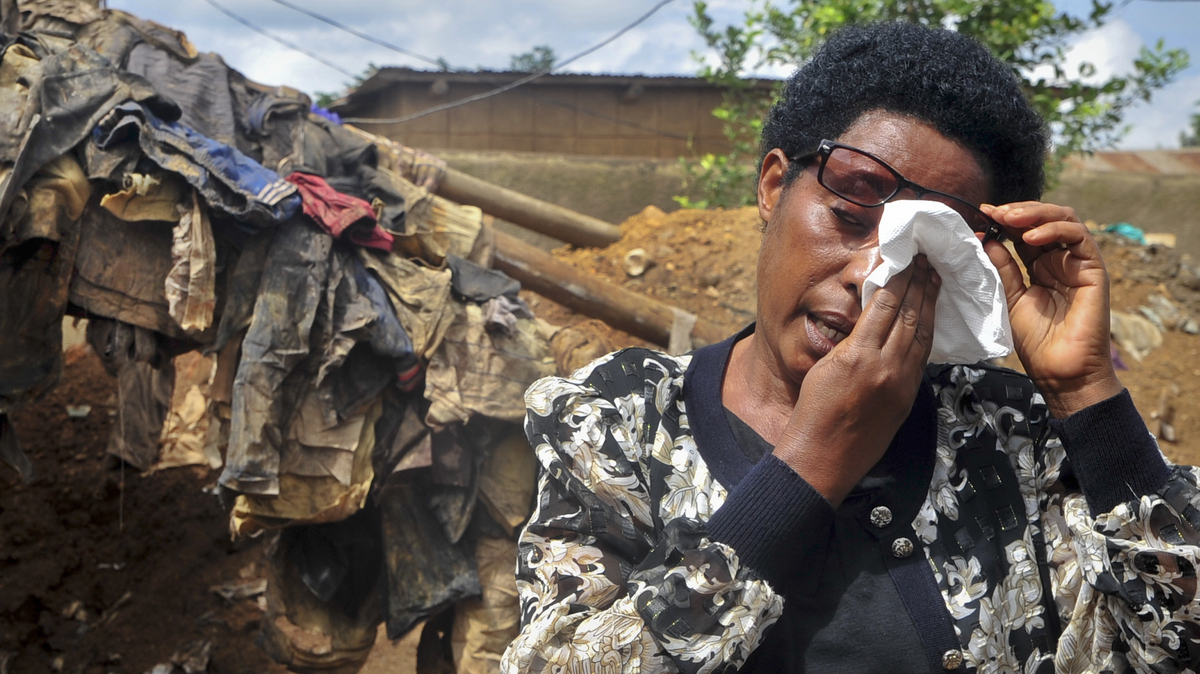 France Mukantagazwa, who lost her father and other relatives in the Rwanda genocide and believes their bodies may be in the newly found graves, cries as she speaks to reporters at the site on Thursday.

Four mass graves that concealed thousands of victims of the Rwandan genocide for 24 years have been discovered.

The first bodies were found on Sunday at a depth of 80 feet and the excavation continues, according to The New Times in Rwanda.

Of the more than 800,000 people who were killed in the genocide — Tutsi minorities and moderate Hutus — between 2,000 and 3,000 may be buried in the mass graves, a spokesperson with the genocide survivors' organization Ibuka told The Associated Press.

The unmarked graves are located in Kigali Province, not far from the Kigali Genocide Memorial where some 250,000 victims were brought to be buried.

Survivors of the genocide showed up at one of the graves in the hopes of identifying missing family members, reported The New Times. They leafed through an old photo album that had been found in its depths. They studied the clothing on the bodies, believing they could remember what relatives had worn on the day they were murdered, said the paper.

Cameron Hudson, director of the Simon-Skjodt Center for the Prevention of Genocide at the U.S. Holocaust Museum in Washington, D.C., told NPR people were murdered everywhere — at churches, schools and hospitals.

He isn't surprised by the newly identified graves. "It's sad to say but it's not such an uncommon occurrence," said Hudson. "The country is pockmarked with mass graves."

The discovery raises concerns as Rwandans try to move past those dark days, said Naomi Kikoler, deputy director of the Simon-Skjodt Center. "For this to be found 24 years later, it has raised a lot of questions if there are other mass graves and why people haven't disclosed their location," she told NPR by phone from Rwanda.

Some Rwandans have expressed shock that their neighbors might have known about the mass graves without ever saying a word. "Those who participated in the killing of our relatives don't want to tell us where they buried them. How can you reconcile with such people?" a survivor said to the AP.

Survivors were denied closure and the victims were denied a dignified burial, said Kikoler. "Even 24 years later, there is still a yearning for people to know about what happened to their loved ones." Still, she said, others keep on hoping that their loved ones will be found — alive.