Accessibility links
James H. Cone, Founder Of Black Liberation Theology, Dies At 79 : The Two-Way The Arkansas native is remembered for his fierce challenges to traditional Christian norms of his era. 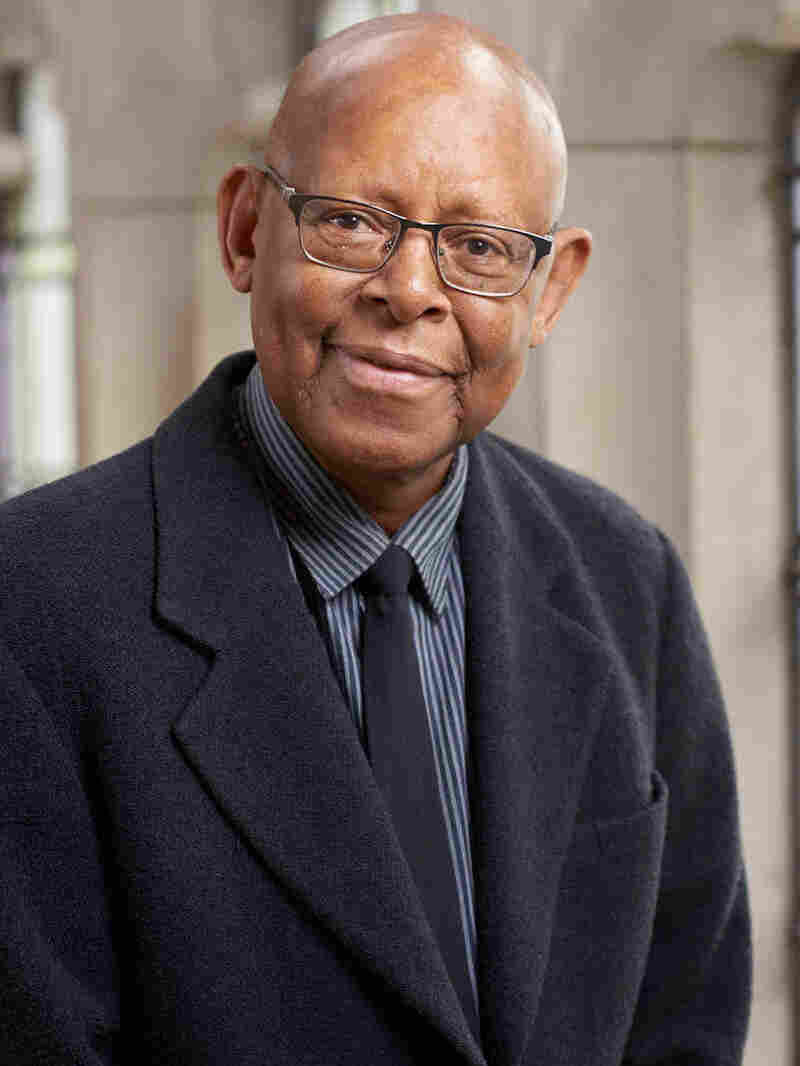 The Rev. James Hal Cone launched a radical spiritual conversation in 1969. With his book, Black Theology & Black Power, he challenged the dominant white theological paradigm. Cone laid out his specific argument for "God's radical identification with black people in the United States," according to a statement from New York's Union Theological Seminary — where he worked for decades before his death on Saturday. He launched what would come to be known as Black Liberation Theology, and the conversation reverberated across theological and cultural circles.

Cone was born in Fordyce, Ark., and experienced the intense racial segregation of the 1940s and '50s. He attended Shorter College and Philander Smith College for his undergraduate degree. He also graduated from what was then called Garrett Theological Seminary in Evanston, Ill., and then earned both a master's and doctorate degree from Northwestern University, also in Evanston, Ill.

Cone became a minister in an African Methodist Episcopal church, and in 1969, he joined the faculty at Union and was promoted to full professor four years later.

His numerous books were translated across continents and languages including A Black Theology of Liberation, God of the Oppressed, Martin & Malcolm & America: A Dream or a Nightmare? and The Cross and the Lynching Tree. According to Union Theological Seminary, he completed a memoir just before his death. Said I Wasn't Gonna Tell Nobody is scheduled to be published later this year.

#JamesCone: brilliant connector. Like #MLK, he taught that the work of justice and liberation are irrevocable ‘Christian’ imperatives. > “The Gospel of liberation is bad news to all oppressors because they have defined their ‘freedom’ in terms of slavery of others.” Rest high. pic.twitter.com/N7tvbCr4XL

In a 2008 interview with Fresh Air's Terry Gross, Cone described Black Liberation Theology as a belief that God is concerned with the poorest and weakest members of society. In most cases, Cone said, those people were black.

Cone preached that black Americans were not made for exploitation or slavery, but rather for the freedom that all followers of the Gospel strove toward.

Faith Under Fire: Jay Z's 'Spiritual' Is A Modern Song Of Sorrow

"It's important because we were black before we were Christian," he said in the interview.

Black Liberation Theology supports a black Christian's self-esteem, Cone said. Without loving yourself, he said, you cannot love one another.

Cone is survived by two daughters, Robyn and Krystal; two sons, Michael and Charles; and two grandchildren, Jolei and Miles.