Accessibility links
North Korea Agrees To Sync Time With South Korea, As Symbolic Move To Unify Nations : The Two-Way North Korea's Kim Jong Un reportedly felt a "painful wrench" at the Korean summit when he looked at clocks, for Seoul and Pyongyang, set to different time zones. The time change is set to occur May 5. 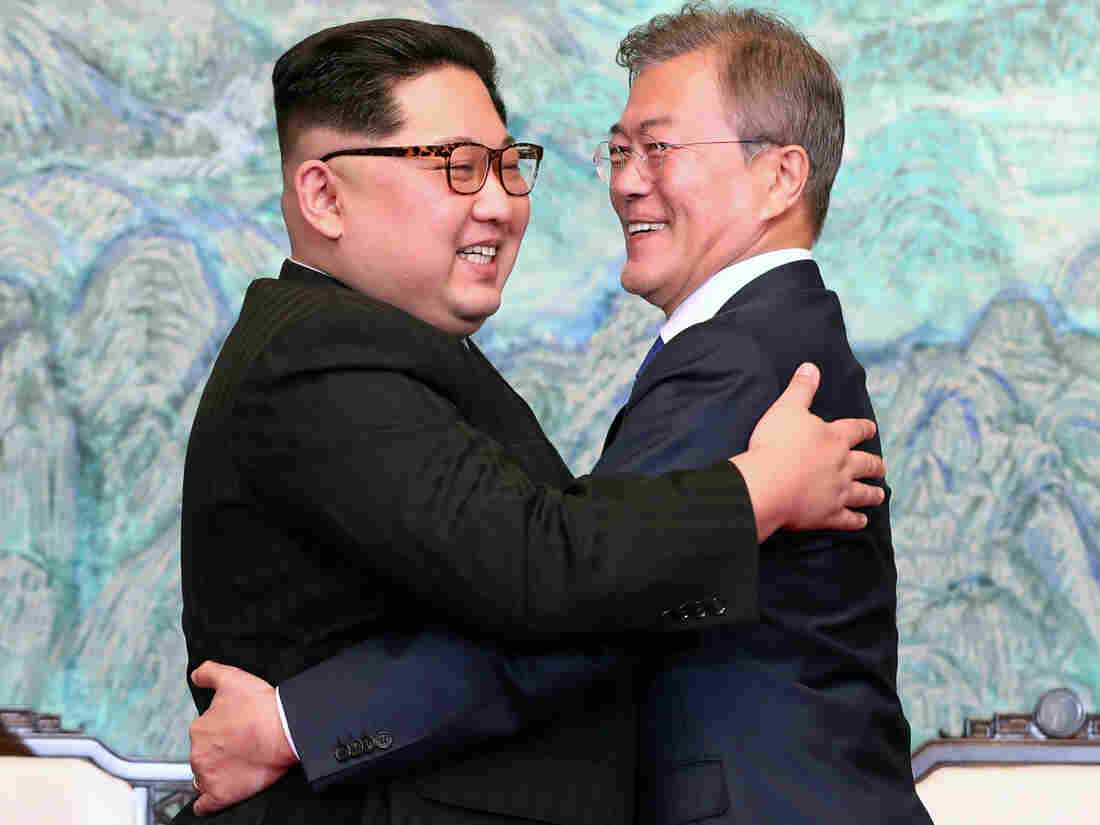 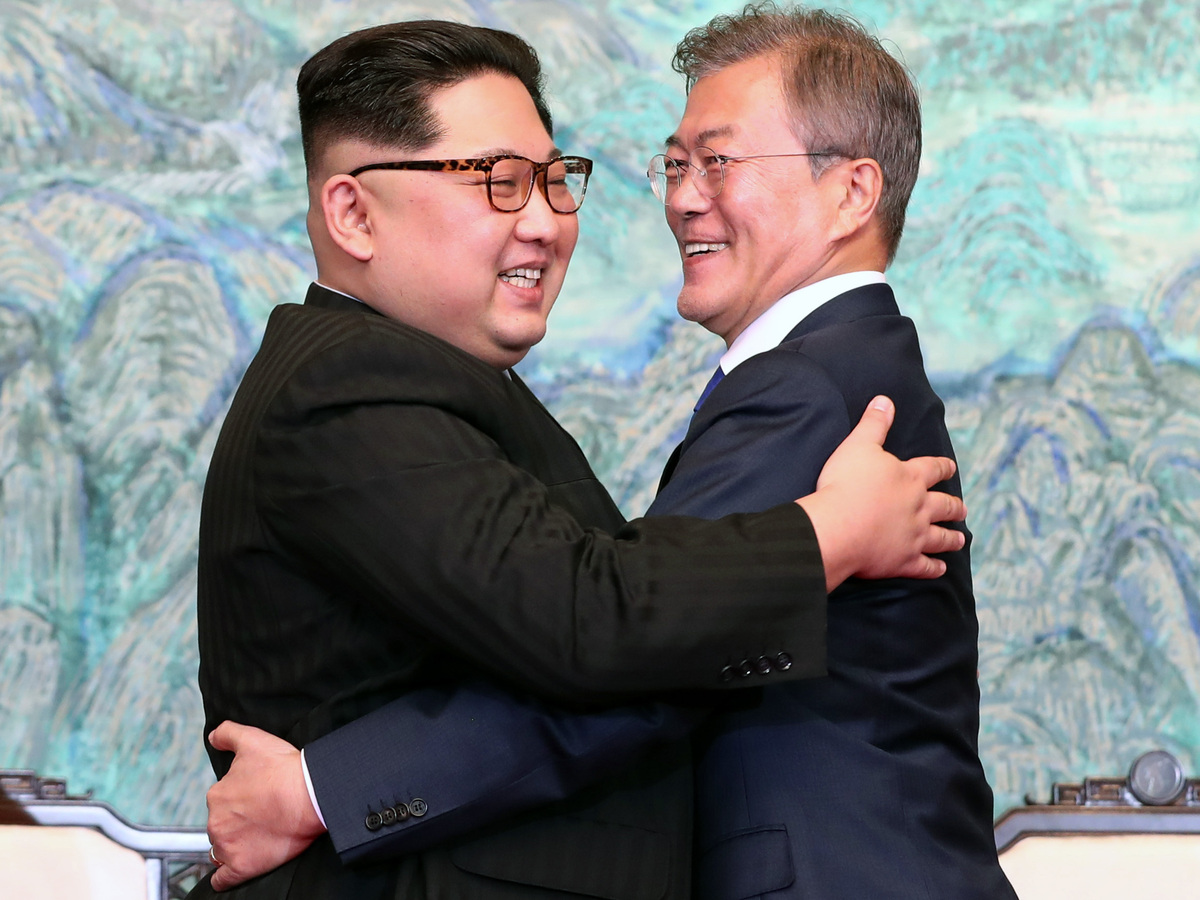 These were the Seoul / Pyongyang clocks that Kim Jong Un saw at the Peace House and said his heart broke so he decided to change their standard time to match South Korea's. pic.twitter.com/pLRmzZz0lp

After creating an exclusive time zone for his country three years ago, North Korean leader Kim Jong Un has pledged to change his country's clocks so that they're back in sync with South Korea.

North Korean time, or Pyongyang time as it is called, was moved back by 30 minutes in 2015. The shift returned North Korean clocks to where they were before colonization — 8.5 hours ahead of Greenwich Mean Time. GMT is the standard time against which all other time zones in the world are set.

Kim was inspired to change the nation's time zone in an effort to distance itself from South Korea and Japan, and to mark the 70th anniversary of its liberation from the Japanese at the end of World War II.

The proposed reversal is set to start on May 5, North Korean state media reported Monday.

"The move three years ago to change the time zone to what it is now was symbolic back then," Cheng said.

"The thing is that Korea is a former colony of Japan, and they share the same time zone," he added. "So Pyongyang was trying to say, we're going to move and be the real Korea, we're going to have our own time zone while South Korea shares a time zone with Japan."

But, as Reuters reported, during the inter-Korean summit with President Moon Jae-in, Kim is said to have looked over at two clocks on the wall of the Peace House — one for Seoul time and one for Pyongyang time — and remarked that it was a "painful wrench" to see the division between the two nations represented so starkly. So he pledged to unify the clocks before unifying the countries.

Meanwhile, South Korea is also extending its own olive branch by starting to dismantle loudspeakers that blast a constant stream of propaganda and pop music across the border.