Accessibility links
In Japan, Old Robot Dogs Get A Buddhist Send-Off : The Two-Way Sony stopped making Aibo robotic dogs in 2006. Since then, an electronics repair company has been keeping them "alive" through organ donations from "dead" Aibos. But never before a proper funeral.

In Japan, Old Robot Dogs Get A Buddhist Send-Off

In Japan, Old Robot Dogs Get A Buddhist Send-Off 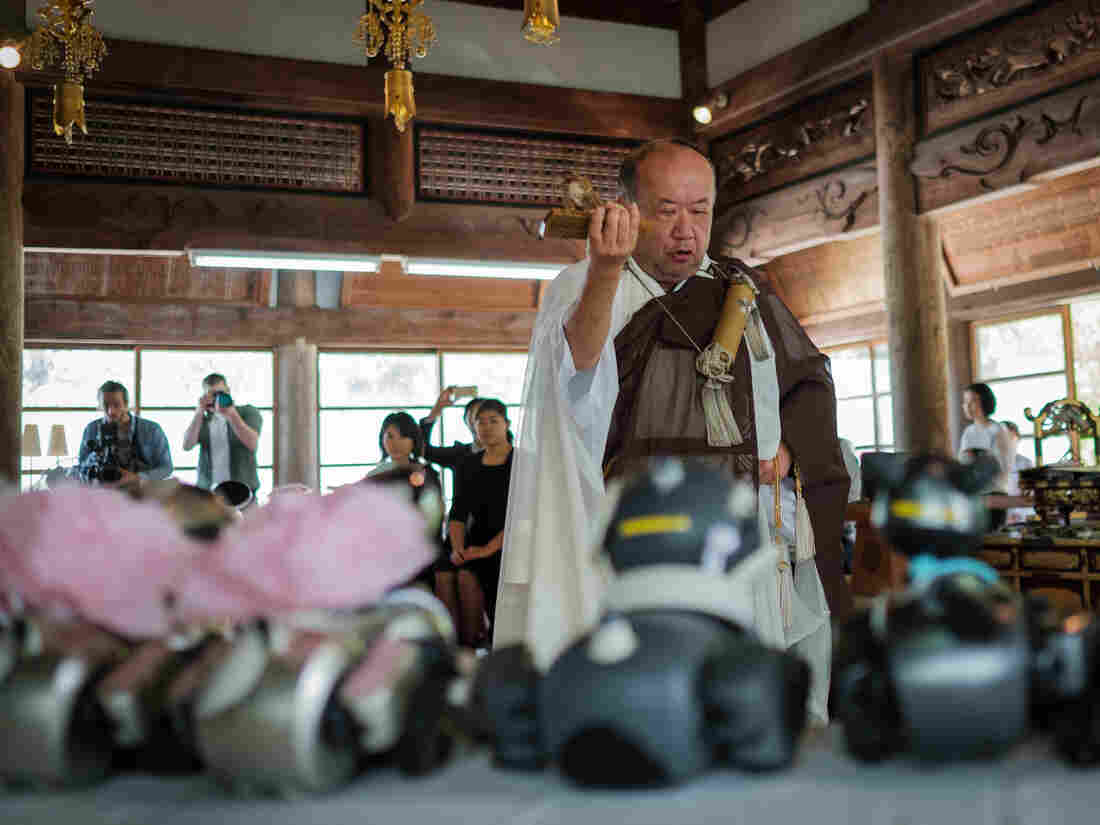 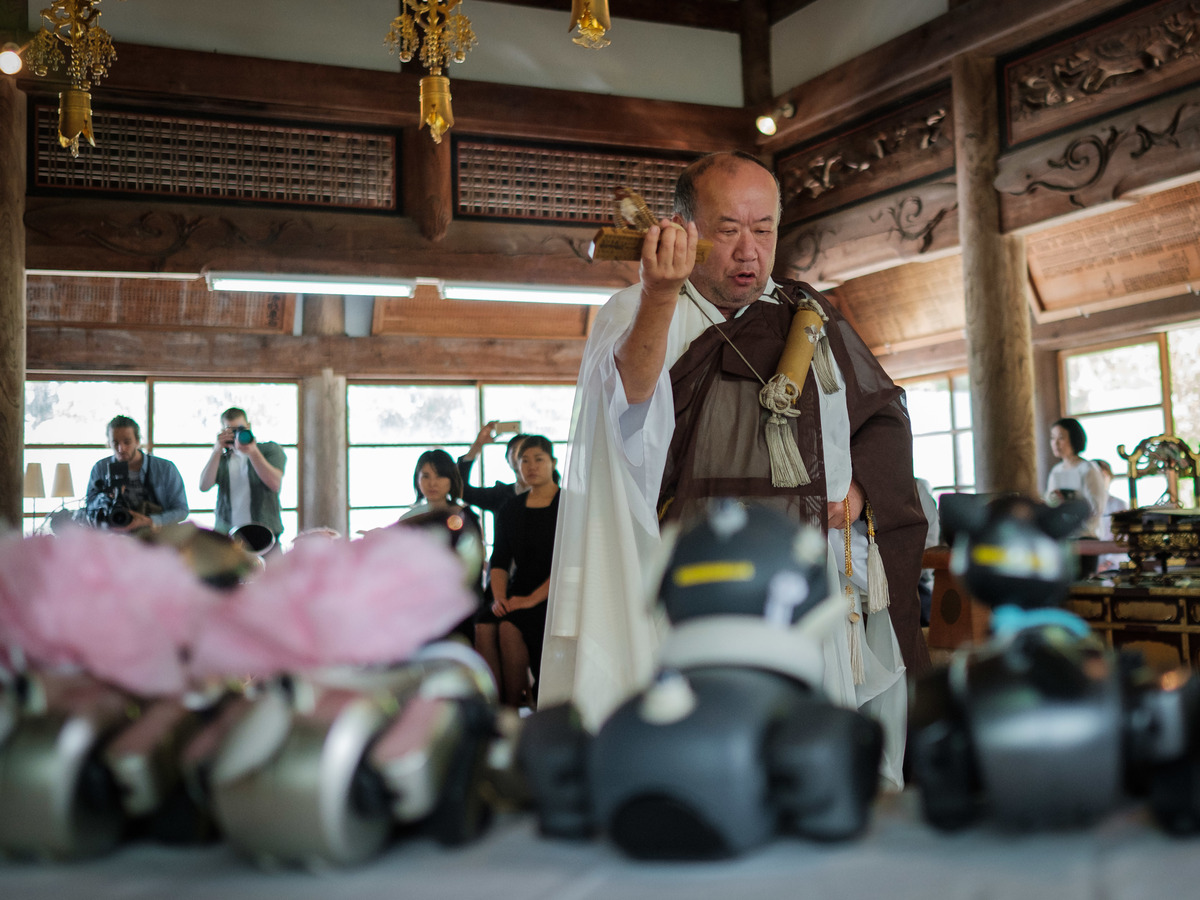 Anyone who has ever owned a dog – or any pet, for that matter – can tell you how difficult that last day is.

And so it must have been for the owners of 114 Sony Aibo robotic dogs whose beloved pets were given a Buddhist send-off last week at a ceremony at Japan's 450-year-old Kofukuji Temple.

The Japan Times reports: "In some respects, it was a funeral like any other in Japan, with incense smoke wafting as a priest chanted a sutra, praying for the peaceful transition of the souls of the departed."

As the newspaper explains, Sony stopped manufacturing the Aibo — which stands for Artificial Intelligence Robot — in 2006 and since then, the electronics repair company A-Fun Co. has been keeping them alive.

Some 150,000 Aibos were sold in the seven years they were made, making the oldest of them nearly 20 years old. That's 140 in robot-dog years.

"With the Aibo no longer in production, owners of old or 'dead' robodogs often send them to the company, the only way it can obtain genuine parts to use in repairs," the newspaper says.

In effect, these Aibos become organ donors – martyrs for the greater good of what is, alas, a dying breed.

Before they go to robodog nirvana, however, A-Fun gives them a hero's farewell. In all, the company has sent off about 800 Aibos in this way, all from Kofukuji in Chiba Prefecture near Tokyo.

"We'd like to return the souls to the owners and make the robot a machine to utilize their parts," says A-Fun CEO Nobuyuki Norimatsu. "We don't take parts before we hold a funeral for them."

Bungen Oi, the head priest at Kofukuji, who conducted the ceremony, says of the Aibos: "All things have a bit of soul."

It's easy to see how robo-pet owners and Buddhist priests could see them in that way. As Sony's website explains: "Happiness is spending quality time with you. Being with people is what Aibo loves best. With its irrepressible curiosity, Aibo wants to know you, explore its environment, understand the ways of the world — and, from time to time, be a little mischievous." 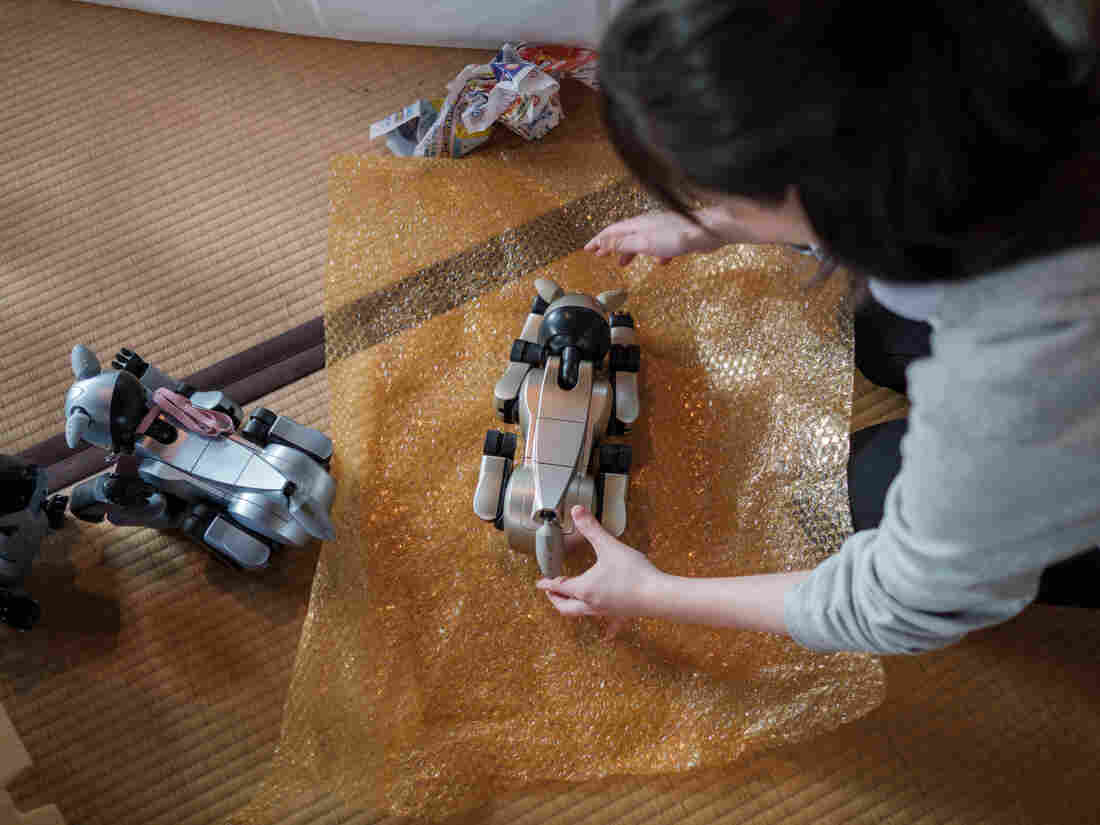 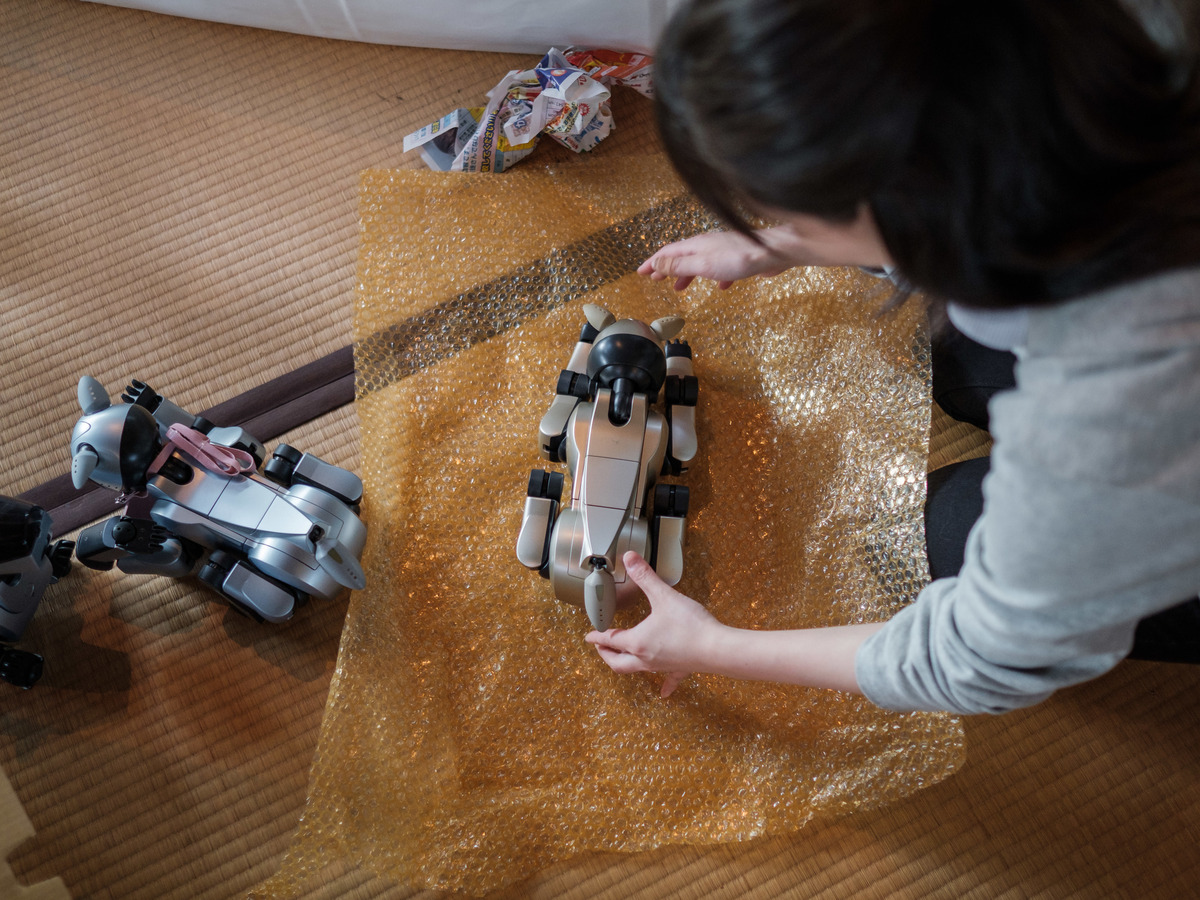 A girl wraps a Sony's pet robot AIBO after a robots' funeral at the Kofukuji temple.

As the Times writes:

The dogs often arrive with letters that give their names, how they spent their lives and other details.

'I feel relieved to know there will be a prayer for my Aibo,' one owner said in a letter.

Another wrote: 'Please help other Aibos. Tears rose in my eyes when I decided to say goodbye.'"