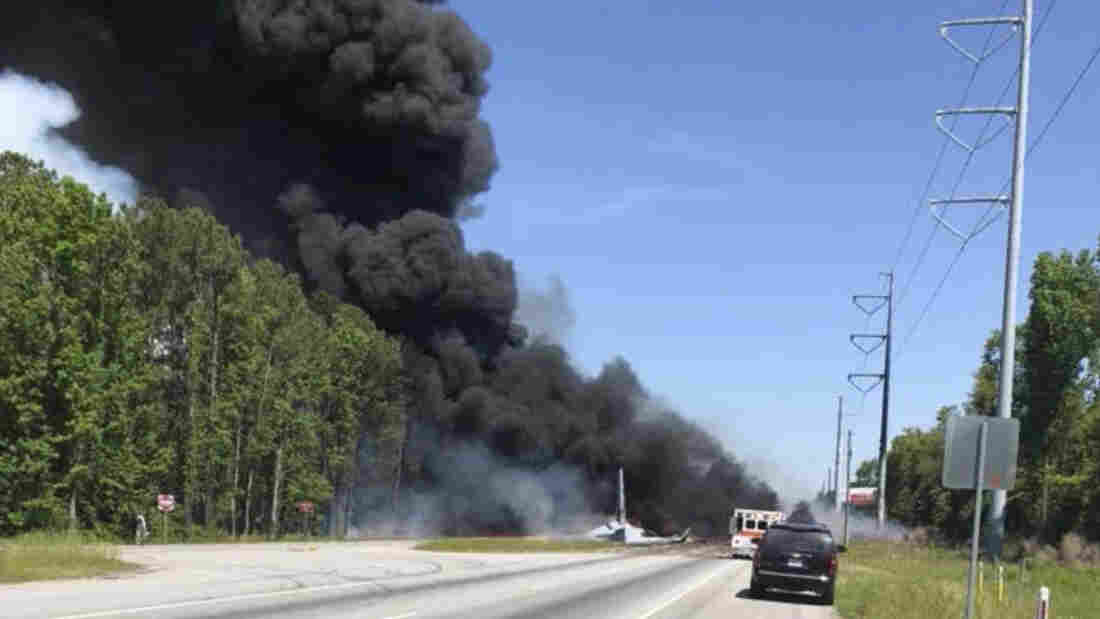 Flames and smoke rise from the wreckage of an Air National Guard C-130 after it crashed Wednesday on a roadway outside Savannah, Ga. James Lavine via AP hide caption 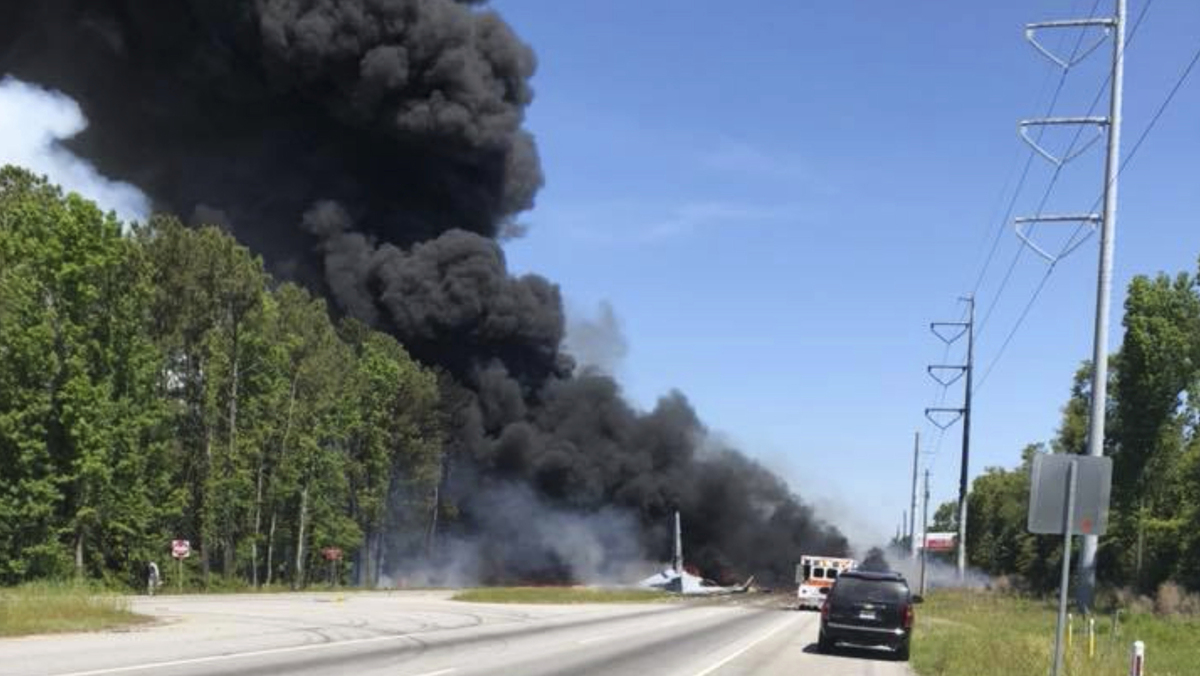 Flames and smoke rise from the wreckage of an Air National Guard C-130 after it crashed Wednesday on a roadway outside Savannah, Ga.

An Air National Guard cargo plane crashed near Savannah, Ga., on Wednesday morning. At least nine people were killed, according to the local sheriff's office.

The cargo plane, which is attached to the Puerto Rico Air National Guard's 156th Airlift Wing, went down shortly after taking off from the airport in Savannah in the course of a routine mission to Arizona.

"We're brothers and sisters, we supported one other in these missions, and so no matter who it is, it hurts us whenever something like this happens," Master Sgt. Roger Parsons of the Georgia Air National Guard said at a news conference Wednesday. "It affects all of us."

Brig. Gen. Isabelo Rivera, the commanding officer of the Puerto Rico National Guard, told reporters later Wednesday that nine people were aboard at the time of the crash. He declined to confirm the names or number of victims until their families have been notified.

However, hours after the crash, Effingham County Sheriff spokeswoman Gena Bilbo said, "To our knowledge there are no survivors."

The 60-year-old plane, which was being repaired in Savannah before it took off Wednesday morning, had been used in relief efforts for several hurricanes in the Caribbean, including Hurricane Maria last fall.

Maj. Paul Dahlen of the Puerto Rican National Guard told CNN that the plane had been on its way to Arizona to be decommissioned.

Authorities have not commented on the cause of the crash, saying that they are launching an investigation.

"Any information about what caused this or any facts about the aircraft will come out in the investigation," Parsons added.

President Trump says he has been briefed on the crash.

I have been briefed on the U.S. C-130 “Hercules” cargo plane from the Puerto Rico National Guard that crashed near Savannah Hilton Head International Airport. Please join me in thoughts and prayers for the victims, their families and the great men and women of the National Guard.

"Please join me in thoughts and prayers for the victims, their families and the great men and women of the National Guard," Trump tweeted Wednesday.

Military c130 down at 21 and Gulfstream Rd. Avoid the area. 21 shut down until further notice. pic.twitter.com/6hUqwmkNUu

Local members currently on scene assisting with clean up. pic.twitter.com/lSuRcqTx56

The crash site is a busy road near Savannah's airport, Kiley reports.

"A lot of people work in Chatham County but live in Effingham County, and Highway 21 is one of the major ways to get from one county to the other," Chelsea Sawyer, an emergency management specialist with the Chatham Emergency Management Agency, tells Kiley.

"As far as we know, there were no cars hit in this crash," Gena Bilbo of the Effingham County Sheriff's Office said at a news conference. "It is an absolute miracle."

She added that authorities have shut down a large section of roadway.

"It's jet fuel, and it's wreckage, and it's a crash site, so everything has to be documented thoroughly before it can be touched," Bilbo tells ABC.

"News of today's plane crash in Savannah is devastating," Georgia Sen. David Perdue tweeted. "There are no words for the victims' families and our military community as they mourn the lives of their loved ones."

News of today’s plane crash in Savannah is devastating. There are no words for the victims’ families and our military community as they mourn the lives of their loved ones. Thank you to all of the first responders who were on the scene immediately.