Accessibility links
First Guantanamo Inmate Released Under Trump Administration : The Two-Way The Pentagon says a 43-year-old convicted al-Qaida operative has been returned to his home country after more than 15 years at the installation on Cuba. He'll serve nine more years in Saudi Arabia. 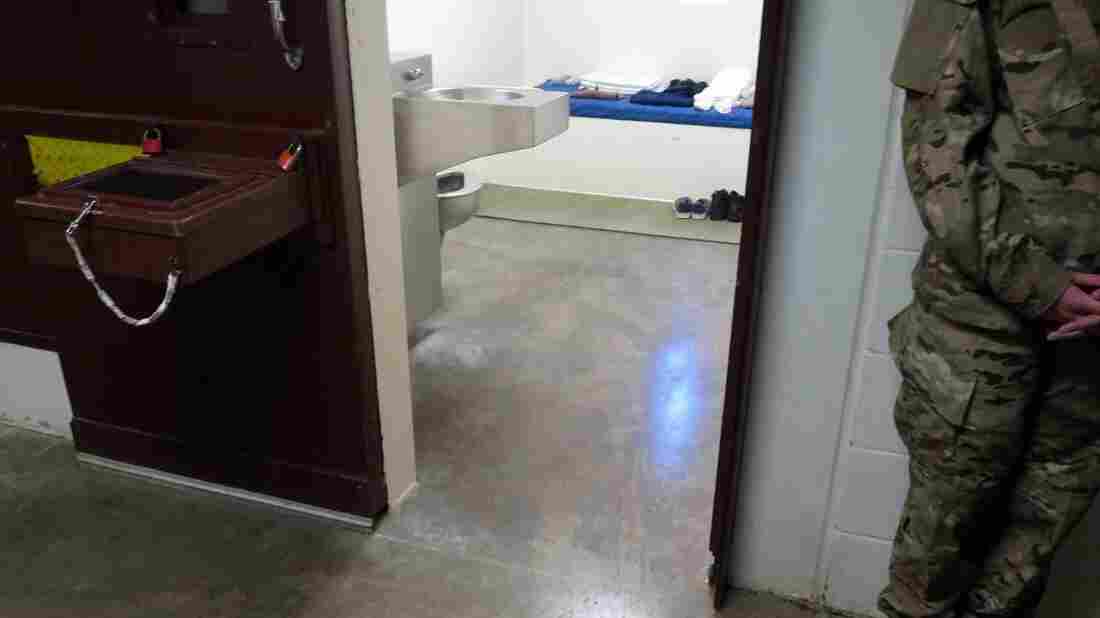 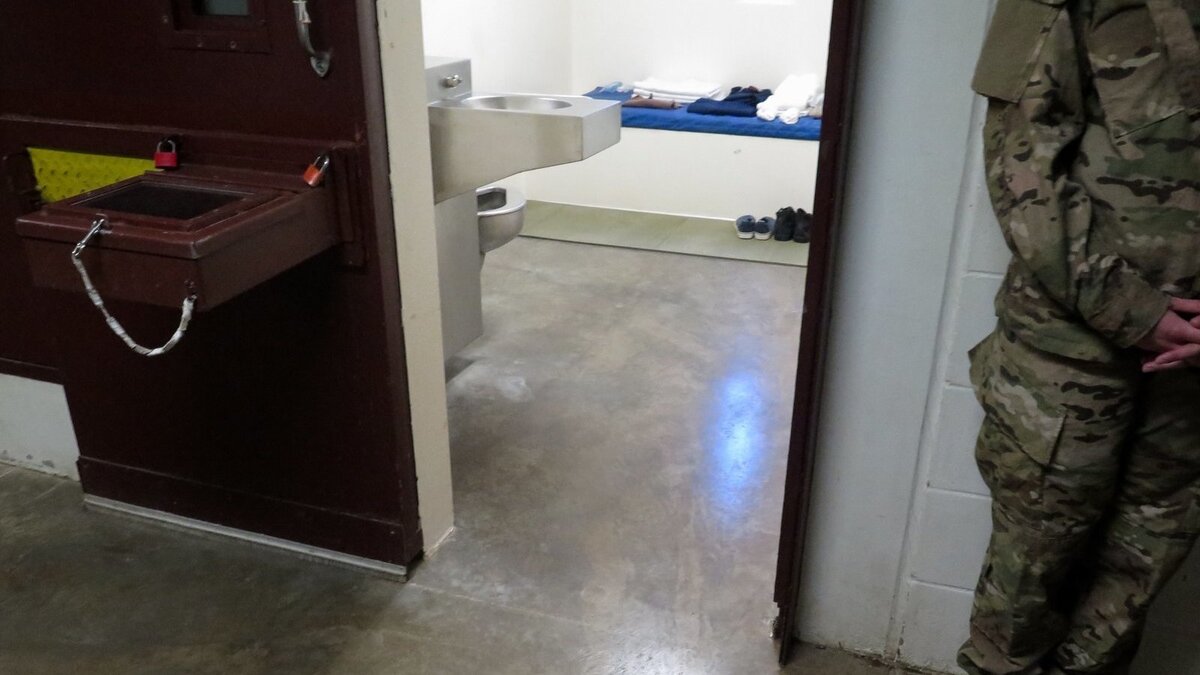 A U.S. military service member stands outside a prison cell at Camp 5. (Photo reviewed and cleared by U.S. military.)

The Pentagon says a 43-year-old convicted al-Qaida operative is the first inmate of the Trump administration to be transferred out of the U.S. military lockup in Guantanamo Bay, Cuba. After more than 15 years imprisonment there, Ahmed al-Darbi was returned to his native Saudi Arabia to serve his remaining nine year prison sentence.

Darbi's transfer was part of a deal reached four years ago, when he pleaded guilty to charges of conspiring with fellow al-Qaida operatives to blow up ships in the Strait of Hormuz. Under that agreement he was to be sent back to Saudi Arabia no later than Feb. 20 to serve out his sentence, in exchange for testifying against a fellow inmate. The Pentagon attributed the delay in Darbi's transfer to issues that needed to be resolved with Saudi authorities.

The last time a prisoner was transferred from Guantanamo was Jan. 19, 2017, the final full day of the Obama administration. Obama had vowed to shutter the prison, but he faced intense opposition from Congress.

During his campaign, President Trump vowed to load Guantanamo up "with bad dudes." He has not sent any new prisoners there, but he did issue an executive order on Jan. 20 revoking Obama's directive to close the prison. In that order Trump directed Defense Secretary Jim Mattis to make a policy recommendation by April 30 on the transfer of new prisoners to Guantanamo.

The contents of Mattis' recommendations were not made public, but a Pentagon spokeswoman said it "provides our warfighters guidance on nominating detainees for transfer to Guantanamo detention should that person present a continuing, significant threat to the security of the United States."

Of the nearly 800 men sent to Guantanamo during the George W. Bush administration, 40 inmates remain there. Only 10 of them have been charged with a crime. Efforts to bring their cases to trial have been caught up in years of pretrial proceedings in a recently created war court that has scant legal precedent to guide it.

Five inmates who remain were cleared for transfer during the Obama administration by a review board made up of representatives from half a dozen national security-related government agencies. Their fates remain uncertain.

Because of a production error, an incorrect byline originally appeared on this story.