Accessibility links
College Apologizes After Native American Students' Visit Is Sidelined By Police : The Two-Way During a student tour of Colorado State University, a parent said two students made her nervous, and police removed them from the group. Their mother says it's because of their appearance. 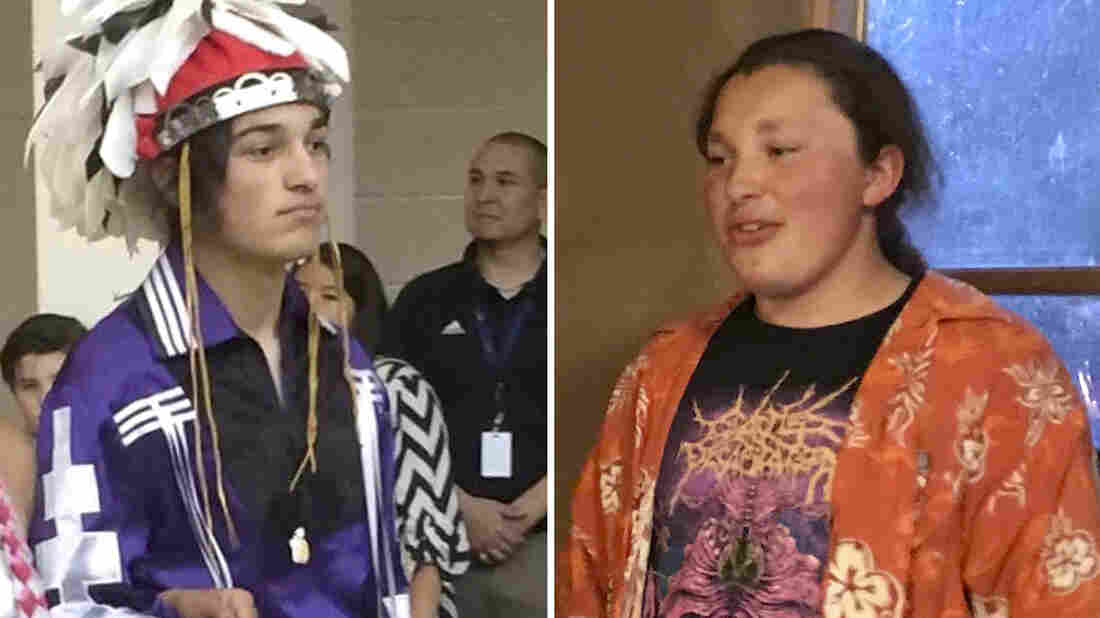 Thomas Kanewakeron Gray (left) and his brother Lloyd Skanahwati Gray were pulled from a Colorado State University tour Monday after a parent became nervous about their presence and called the police. Gray Family via AP hide caption 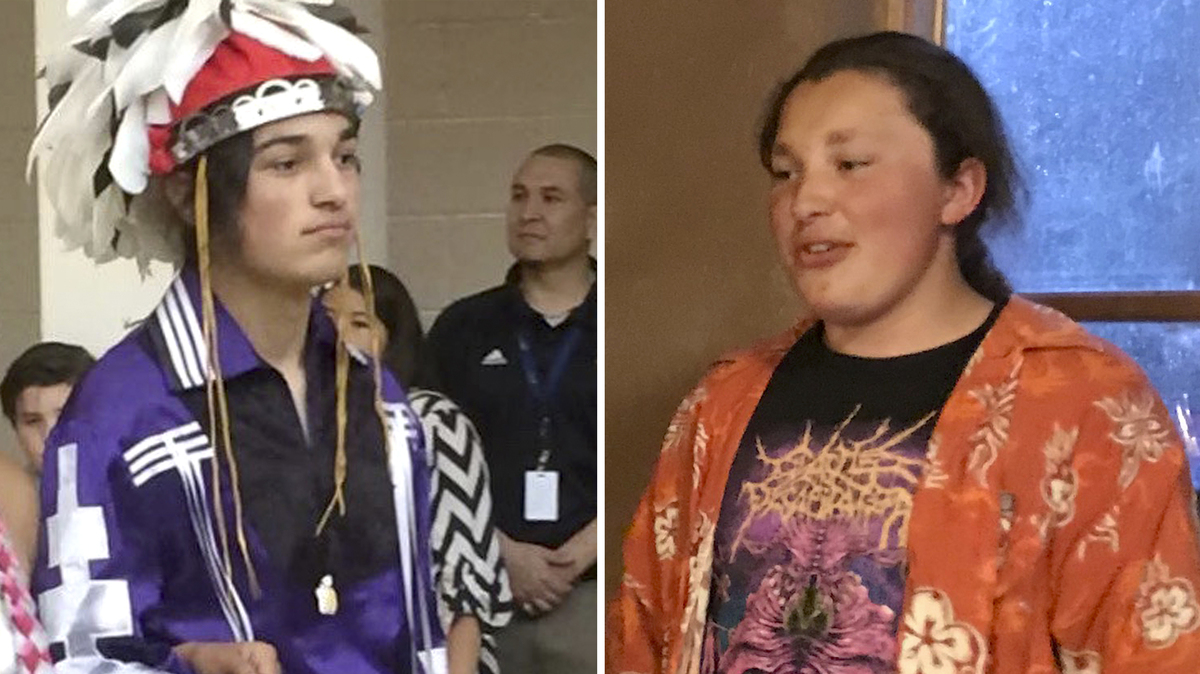 Thomas Kanewakeron Gray (left) and his brother Lloyd Skanahwati Gray were pulled from a Colorado State University tour Monday after a parent became nervous about their presence and called the police.

The brothers' Facebook pages are littered with jokes and jabs with their friends. They also post photos of their dog and their mom. They're described as quiet and thoughtful — except when they're rocking in their metal band, Snot Goblin.

In other words, they're American teenagers.

But Thomas Kanewakeron Gray, 19, and Lloyd Skanahwati Gray, 17, are also Native American — and their mother says their appearance was the reason police were called to question the pair as they tried to tour the campus of Colorado State University this week.

The encounter rattled the brothers, ruined their attempt at a campus visit and sparked responses from a roster of officials — from the CSU tour guide who sent a personal apology to their mother, from Colorado's lieutenant governor and from some of the university's leaders.

The brothers live in Santa Cruz, N.M. They had saved up their own money to make the trip to the school in Fort Collins, Colo., and they borrowed their mother's car for the seven-hour drive. But they were late joining the tour, and after campus police took them aside, the group moved on without them.

Their right to be on campus was finally confirmed, but by then it was too late to join the tour. Eventually, the brothers simply drove back home.

The university has apologized — and on Friday, it said it had offered to repay the family's expenses for the trip and would like to give them "an all expense paid VIP tour," a school official said via email.

"We'd like the opportunity to speak with Ms. Gray and her sons but we have not heard back from the family," CSU said. "We ask them to please get in touch with us at their convenience."

The school added, "We deeply regret the unwelcoming and concerning experience they had while guests on our campus."

It all started, as CSU said in an earlier statement, when "a parent participating in the tour called campus police because she was nervous about the presence of two young men who joined the tour while it was in progress."

From Kahneratokwas Gray's recent description of the event on her Facebook page:

"My two teenagers were 'patted down,' and my 17-year-old ordered to 'empty his pockets,' then immediately ordered to 'keep his hands out of his pockets,' until he was forced to ask 'which one do you want me to do?'

"All this treatment because some 'nervous mother' didn't like how my boys looked and was unsettled by their quiet presence?"

To Kahneratokwas Gray, the officers' actions sparked concerns about racial profiling. She tells member station KUNC that the police intervention left her sons frantic and unsure of what they should do.

"I was concerned for my sons' safety and advised them to return home immediately," she tells KUNC. "Our family is shocked and saddened over this incident of racial profiling, and disappointed that the school didn't take a proactive stand in protecting my boys from being shamed in this hostile way."

In the university's statement that was signed by three vice presidents — from the departments of enrollment, diversity and student affairs — the school said, "This incident is sad and frustrating from nearly every angle, particularly the experience of two students who were here to see if this was a good fit for them as an institution."

On Thursday, Lt. Gov. Donna Lynne, who also chairs Colorado's Commission of Indian Affairs, issued a statement voicing concern about how the young men were treated. She said the school is showing the proper seriousness in its response — and is introducing new protocols around campus tours.

Lynne wrote that she and her colleagues "hope that the young men will not be deterred in their pursuit of attending college in Colorado, a traditional homeland to many tribal nations."

"I live nearby CSU in Loveland and I just wanted to reach out and say that I am so sorry for the treatment of your sons and I am embarrassed for this community," Zandi wrote.

Many of the people commenting on Kahneratokwas Gray's posts about the incident urged the woman who initially called police to step forward so that she can deliver her own apology to the young men.

Another commenter, Mike Adams, suggested a day of "mandatory national training" to prevent such encounters. Here's how he described the lesson: "Do NOT call 911 just because you notice there are brown people in your vicinity. That doesn't constitute an emergency!"