Accessibility links
Pakistan's Interior Minister Survives Suspected Assassination Attempt : The Two-Way Ahsan Iqbal was shot after leaving a political gathering in his hometown of Narowal, in Pakistan's state of Punjab. The attacker is reportedly a member of a hard-line Muslim group. 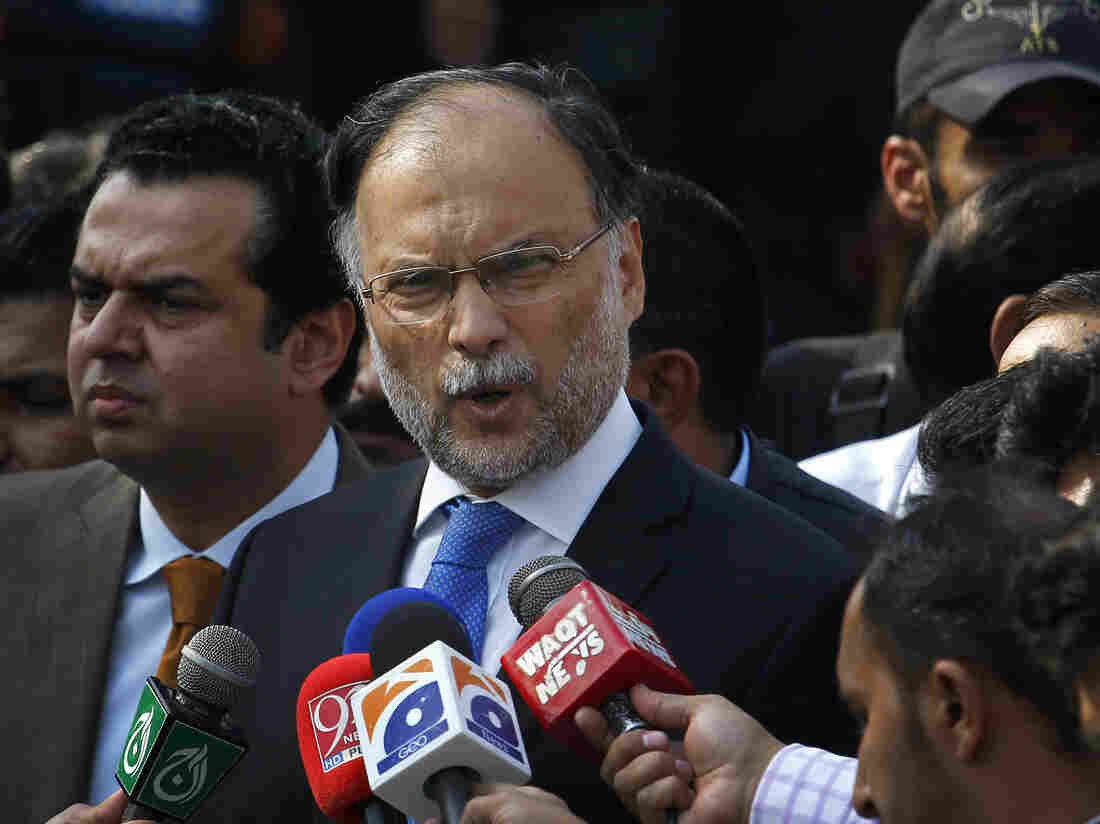 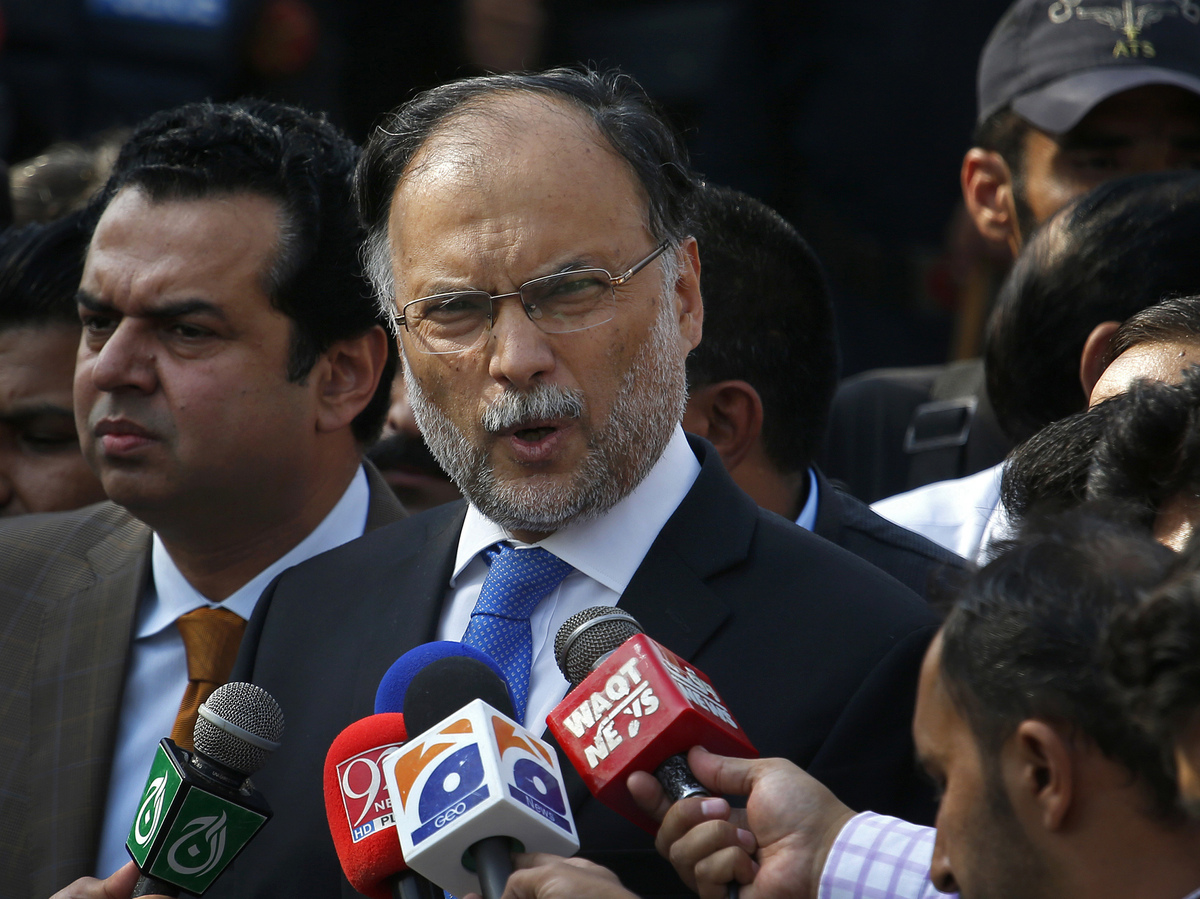 Pakistan's Interior Minister Ashan Iqbal was shot and wounded on Sunday by a gunman reportedly linked to a hard-line Muslim group. It was the most serious act of violence since campaigning began for upcoming elections, expected this summer.

Iqbal, 59, was hit in the shoulder as he was leaving a political gathering in his hometown of Narowal, in Pakistan's state of Punjab. The bullet reached his abdomen, according to local newspaper The Daily Times.

Iqbal was air-lifted to the nearby city of Lahore, where he was rushed into an intensive care unit. According to the newspaper, Iqbal underwent two operations — one to treat his broken elbow, and the the other to see if the bullet could be removed. Iqbal's son told the Times that he was being kept under observation but that he is out of danger.

According to Dawn newspaper, the assailant was overpowered before he could fire a second shot. He was quickly arrested.

Local media identified the suspect as Abid Hussein and gave his age as 21 or 22.

Officials would not say what his motive was. However, Reuters reports that it had seen the report issued by the deputy commissioner of the Narowal District. According to the news agency, that report said the gunman is affiliated with Tehreek-e-Labaik, a religious movement that calls for the aggressive enforcement of Pakistan's blasphemy laws, which can carry the death penalty.

Shooter is only a vehicle. Those patronising them, those inciting them for political gains & those using them to settle scores real CULPRITS https://t.co/OBzEBu3ODI

The shooting comes amid campaigning for parliamentary elections due in July, which have already been thrown into disarray by a Supreme Court decision disqualifying former Prime Minister Nawaz Sharif for his alleged involvement in a wide-ranging corruption scandal. Iqbal is a member of Sharif's Pakistan Muslim League-Nawaz (PML-N) party and a staunch ally of the former premier.

Loyalists to Sharif see the moves as politically motivated and aimed at taking down the country's most popular political party.

A prominent member of the governing party, which is known by its acronym PML-N, said the attack had deepened concerns about the "safety and security" of Sharif.

Zaeem Qadri said there were also concerns for Sharif's "family and other leaders of PML-N, who will have to go to fields and different constituencies during the up-coming polls."