Accessibility links
Dam Collapse Leaves More Than 40 People Dead In Kenya : The Two-Way The current rainy season has been devastating for the whole East African region. More than 140 people have been killed, and hundreds of thousands have been displaced. 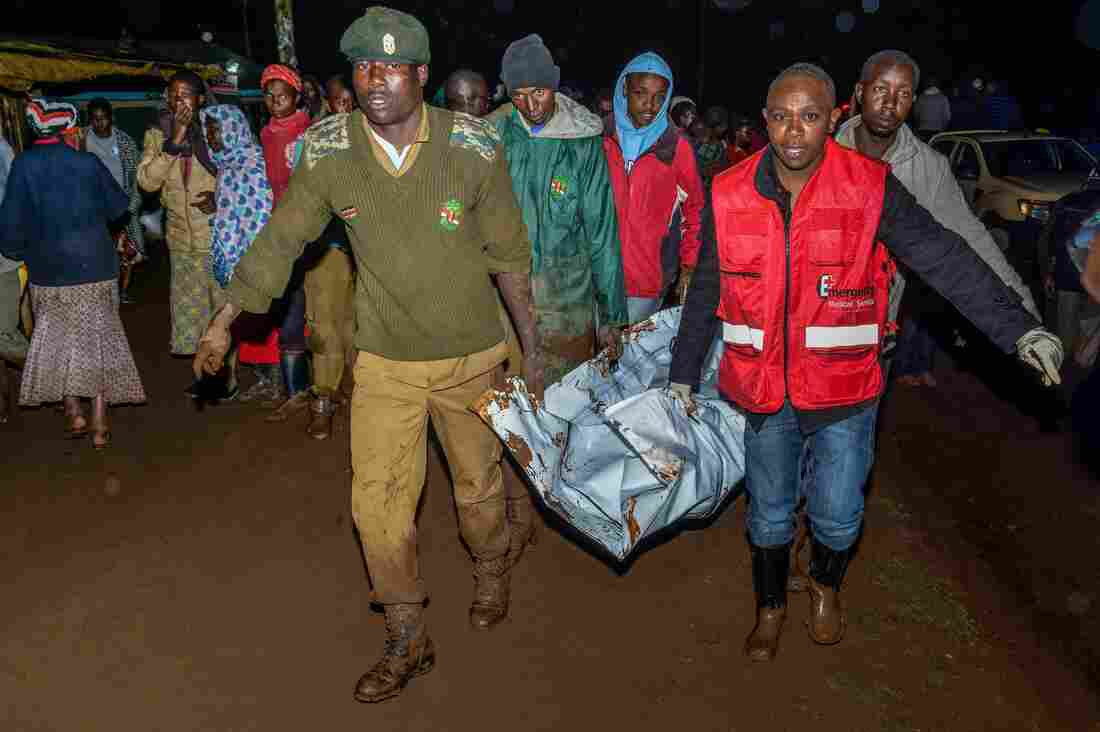 Rescuers carry a victim's body from a residential area after the Patel dam burst its bank at Solai. AFP/Getty Images hide caption 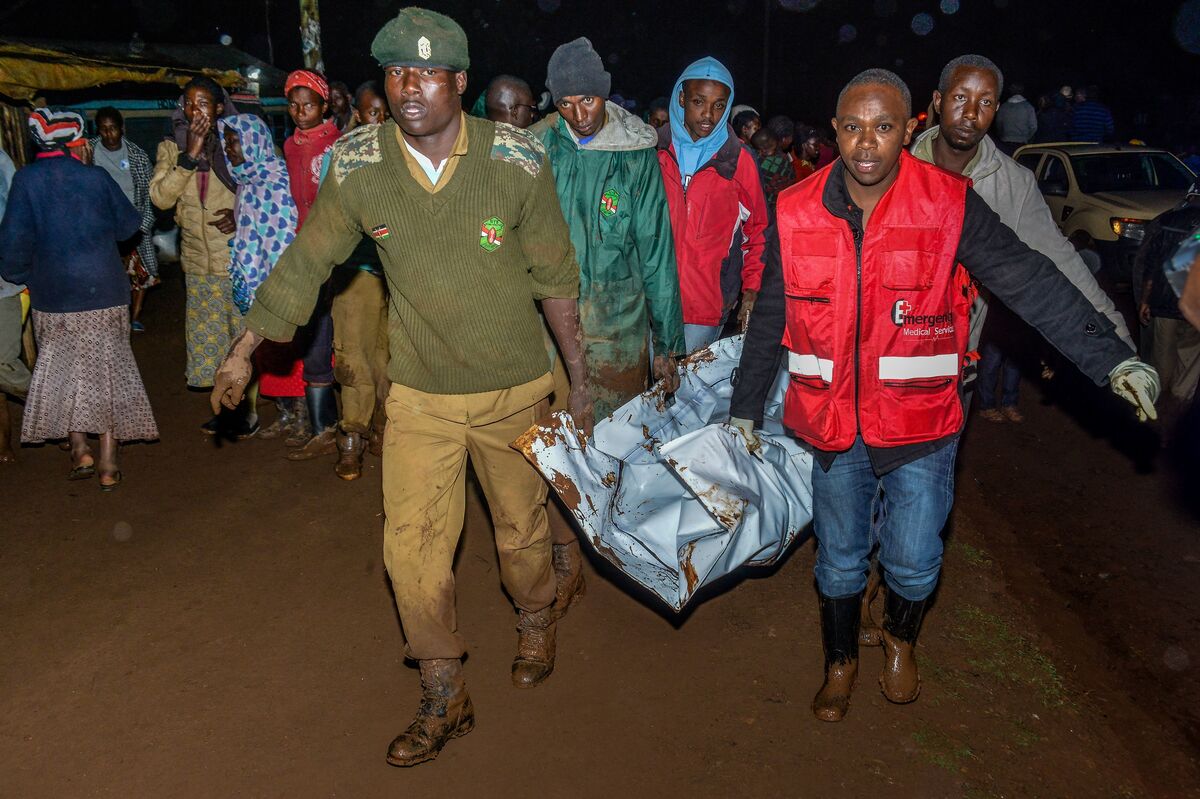 Rescuers carry a victim's body from a residential area after the Patel dam burst its bank at Solai.

As residents of the small town of Solai in central Kenya describe it, the loud boom happened about 9 p.m. Wednesday.

Nakuru Gov. Lee Kinyanjui told KTN News that the water rushed out of the dam at an incredible speed, taking with it homes and people.

"When this tragedy occurred, the lights went off, the [electricity] poles were washed away and the whole town was rendered dark," Kinyanjui said.

Television images showed cars engulfed in mud and residents emerging from the wreckage dazed. Mwenda Njoka, spokesman for the Ministry of Interior and Coordination of National Government, said at least 42 people were killed.

Noellah Musundi, a spokeswoman for Kenya Red Cross who was on the ground, said rescue efforts were ongoing and that about 450 homes had been destroyed.

The current rainy season has been devastating for the whole East African region. Earlier this week, a mudslide in Rwanda left 18 people dead. And in Kenya, this latest tragedy brings the death toll from floods to more than 140 people.

The Red Cross reports that more than 260,000 Kenyans have been displaced by the rains, which came after a gruesome drought.

"It's a tragedy to the entire country," Musundi said. "Looking at families being displaced, children, mothers, the elderly being swept away by floods, it's traumatizing."

The Kenya Meteorological Department says much of the region will see no respite from the rain.

The Daily Nation reports that the dam in Solai is owned by Mansukul Patel, a "large-scale irrigation farmer." The paper reports that an investigation is underway to find out if Patel "was licensed to set up the reservoirs."