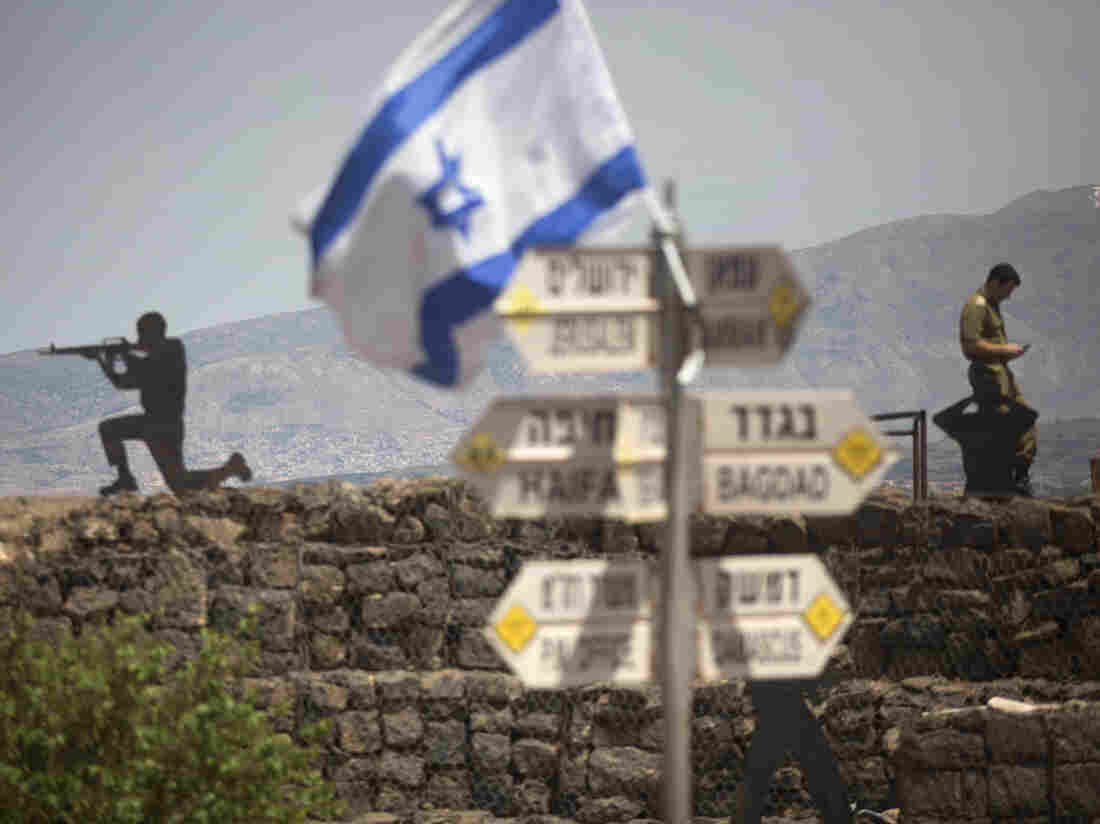 An Israeli soldier is seen next to signs pointing out distances to different cities on Mount Bental next to the Syrian border on Thursday. Lior Mizrahi/Getty Images hide caption 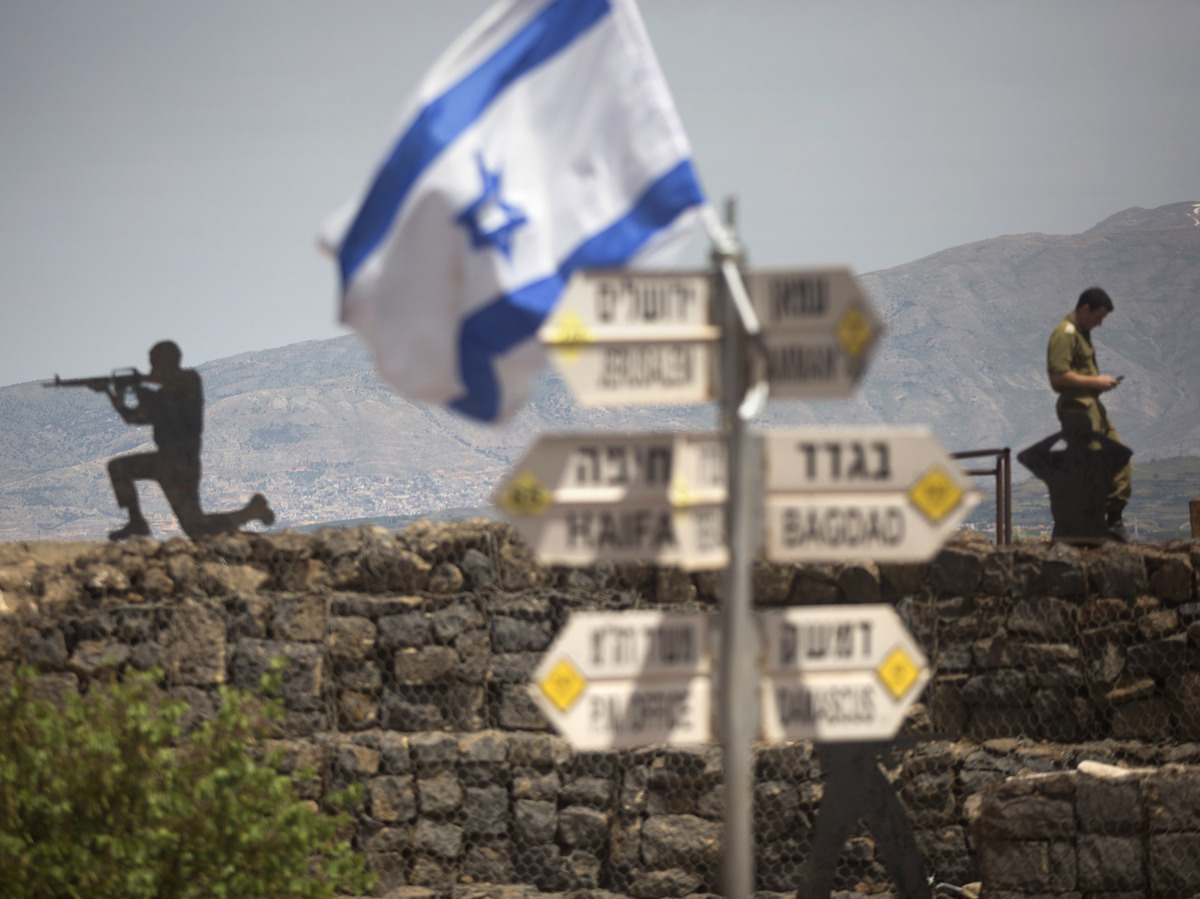 An Israeli soldier is seen next to signs pointing out distances to different cities on Mount Bental next to the Syrian border on Thursday.

Israel says it carried out airstrikes against dozens of Iranian military targets in Syria in what it is describing as the largest such operation it has ever conducted in the region, after it says its forces came under missile attack.

Israeli warplanes hit the rocket launcher that fired the barrage at its troops as well as dozens of other targets in Syria, including Iranian military and intelligence sites. It was not immediately clear whether anyone was killed in the strikes, but The Jerusalem Post reports 23 dead.

The retaliatory strikes came after the Israeli military says Iranian forces fired 20 rockets toward Israeli military posts near the Syrian border, but that none hit their mark, according to NPR's Daniel Estrin, who reports from Jerusalem.

"Wherever Iran has confronted its enemies, it has advanced; we have gained our power through difficult battles," said Brig. Gen. Hossein Salami, the head of Iran's Revolutionary Guard Force, as quoted by the semiofficial Fars news agency.

After ISIS Was Driven Out, Syrian City Of Raqqa Remains In Rubble

Simmering Military Conflict Between Israel And Iran Heats Up

IDF spokesman Brig. Gen. Ronen Manelis said that none of the 20 rockets fired by Iranian forces across the border found their targets in Israel.

"Iron Dome intercepted the rockets. There are no injuries and no damage was caused to IDF positions," Manelis said, referring to the name Israel has given its missile interceptor system.

"The Quds Force paid a heavy price last night. We have seen a demonstration of the IDF's intelligence and airpower capabilities," he added about the retaliatory strikes, according to the Post.

As The Associated Press reports, "The blistering Israeli assault was by far the most intensive Israeli action in neighboring Syria since the civil war broke out there in 2011. Israel has largely tried to stay on the sidelines, but has previously acknowledged carrying out over 100 airstrikes over the past seven years, most believed to be aimed at Iranian weapons shipments bound for the Hezbollah militant group."