Accessibility links
VIDEO: Soldier Who Deliberately Destroyed Airdropped Humvees Found Guilty, Discharged : The Two-Way It was supposed to be a straightforward training exercise. Instead, Sgt. John Skipper cut the parachute strings to three Humvees and they were demolished as they hit the ground.

Soldier was found guilty for cutting the parachute straps to three Humvees dropped from a C-130 during a training exercise in Europe.

A former U.S. Army sergeant has been found guilty for his role in a stunt that led to the intentional destruction of three Humvees dropped from a cargo plane during a training exercise. They hurtled to the ground after their parachute strings were severed.

Sgt. John T. Skipper was convicted in a general court-martial hearing Wednesday of three counts of "destroying military property with a value of more than $500" and providing a false official statement, Christian Marquardt, a spokesman for the 7th Army Training Command, told NPR in a statement.

Part of Skipper's punishment included a demotion from sergeant to private. He could have received a dishonorable discharge, forfeited all pay and allowances and up to 10 years in prison, the maximum penalty for destruction of government property, according to Stars and Stripes.

The jury ruled that at some point during the airdrop preparation, Skipper intentionally cut the parachute straps on three High Mobility Multi-Wheeled Vehicles. The 29-year-old was criminally charged a year ago. 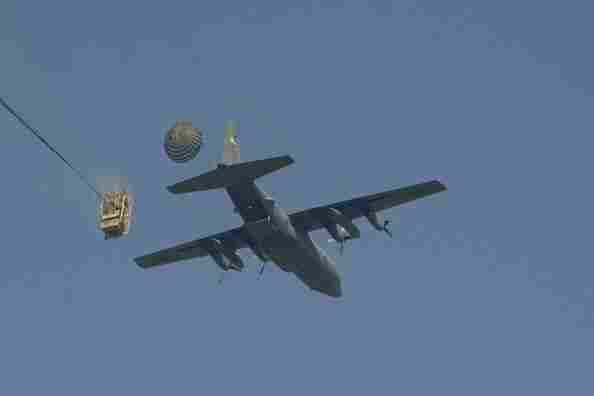 Sgt. John T. Skipper was convicted of destruction of government property for his role in a botched Humvee air drop that destroyed three of the vehicles during an April 2016 training exercise. Sgt. Justin Geiger/Army hide caption 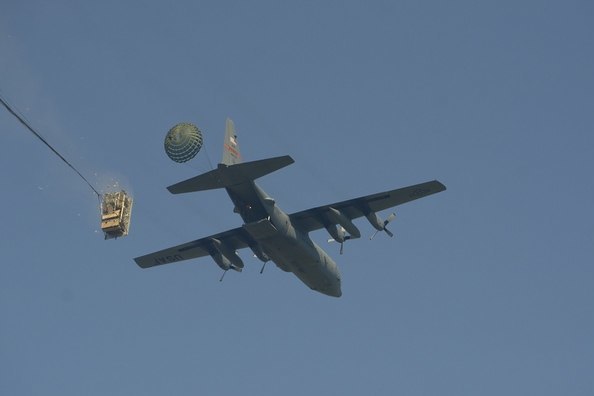 Sgt. John T. Skipper was convicted of destruction of government property for his role in a botched Humvee air drop that destroyed three of the vehicles during an April 2016 training exercise.

The incident — captured on video — occurred in April 2016, during training in Germany. As can be seen in the clip, C-130 Hercules transport planes dropped a series of large supply bundles, including several military Humvees. Nearly all slowly see-sawed their way safely down once their parachutes opened up, but three can be seen careening straight toward the ground before pulverizing on impact.

Meanwhile, observers on the ground can be heard cackling and "woo-hoo"-ing as each vehicle explodes into a pile of rubble. It's unclear who is speaking in the two minute video, but several voices are heard exclaiming, "Holy f***!" "Yes, yes, yes!" and "It's on fire!"

Much to the dismay of the Army, the video became a YouTube sensation and has racked up nearly 1.5 million views.