Accessibility links
Protesters Attacked At D.C. Demonstration Against Turkish Government File Lawsuit : The Two-Way Fifteen of the people who said they were beaten by Turkish security officials during a protest that erupted into violence are suing Turkey and five individuals involved in the melee. 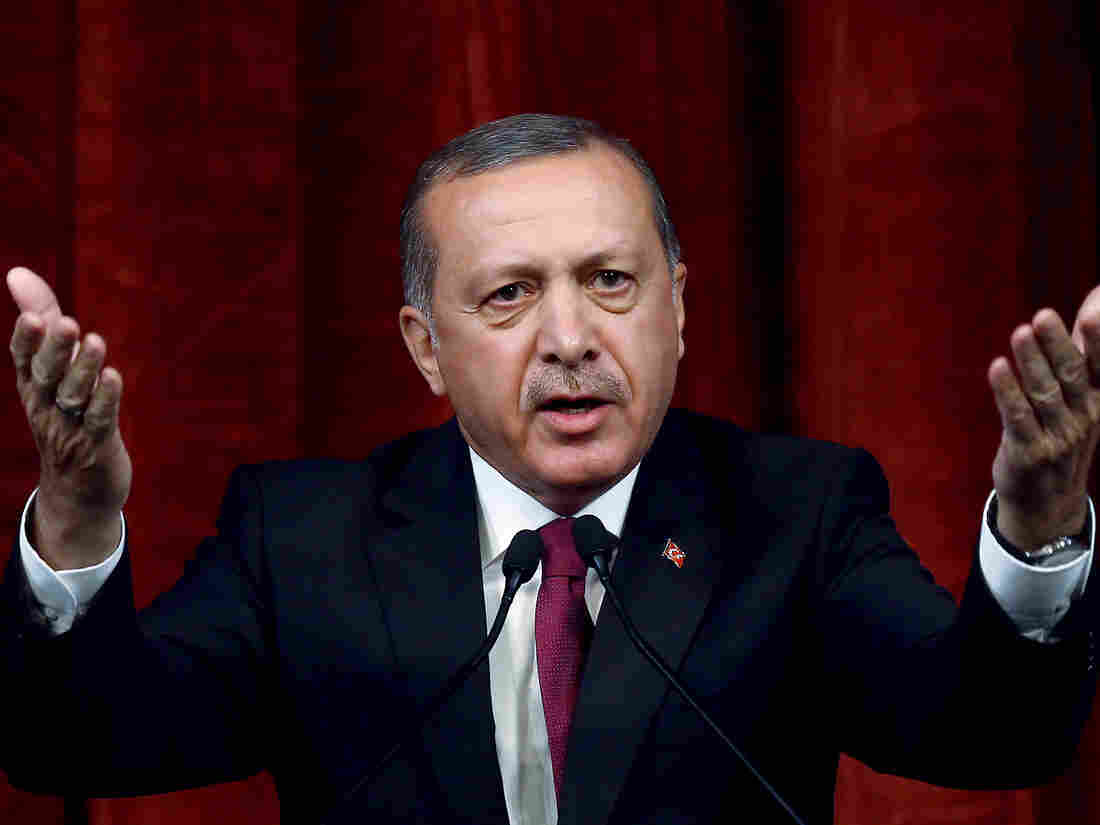 A group of 15 protesters who said they were attacked by Turkish President Recep Tayyip Erdogan's security officials during a demonstration in Washington, D.C., in 2017 are suing the Republic of Turkey and five other individuals. Pool/AP hide caption 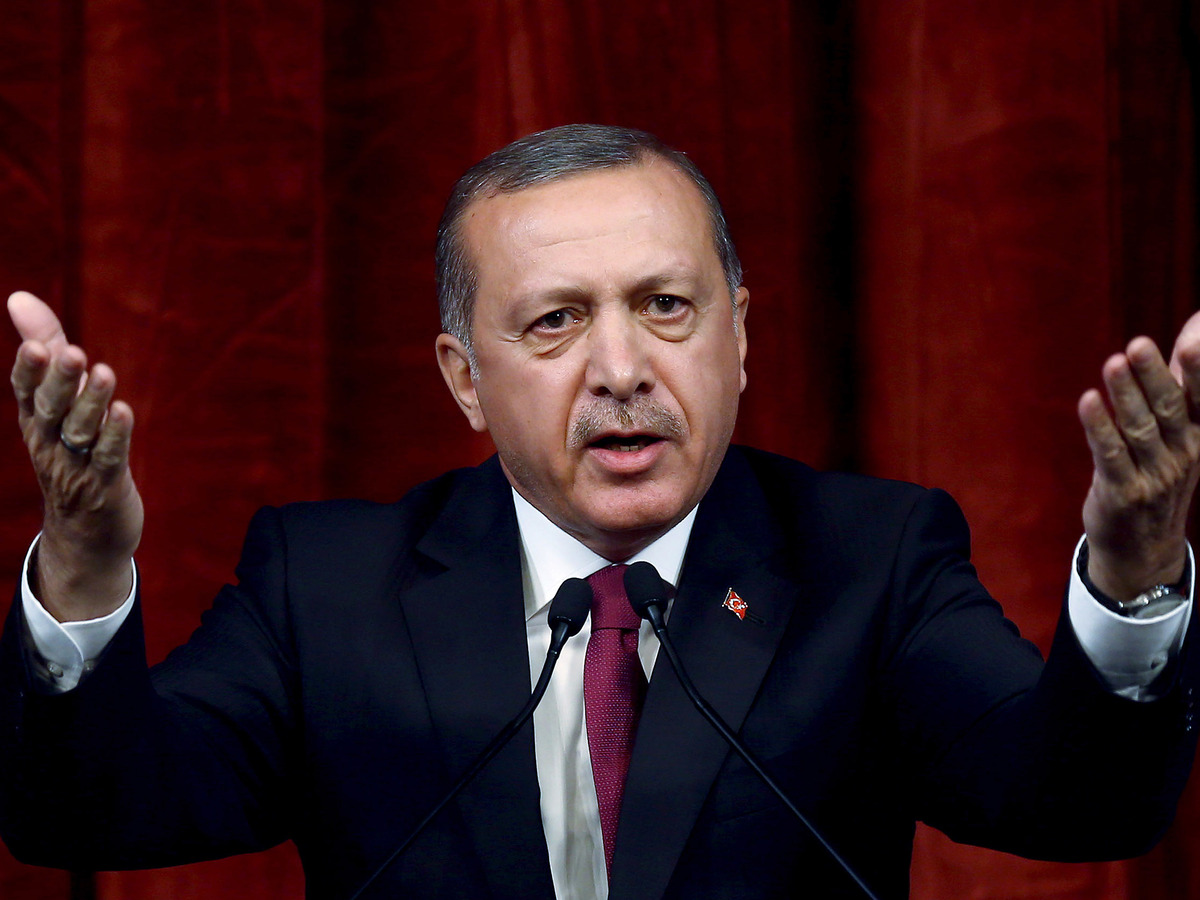 A group of 15 protesters who said they were attacked by Turkish President Recep Tayyip Erdogan's security officials during a demonstration in Washington, D.C., in 2017 are suing the Republic of Turkey and five other individuals.

Fifteen protesters involved in a brawl outside of the Turkish ambassador's residence in Washington, D.C., in May 2017, filed a lawsuit on Thursday against the Republic of Turkey as well two Americans and three Canadians who allegedly attacked them.

The case, filed in the U.S. District Court for the District of Columbia, seeks unspecified damages for the protesters who suffered "repeated brutality" at the hands of President Recep Tayyip Erdogan's security officials who they claim "pushed past U.S. law enforcement officers to attack the protesters," attorneys representing the victims said in a statement.

The Washington Post reported "five other victims filed suit May 3 seeking more than $100 million in damages from Turkey. "

Parents and young children involved in the lawsuit were part of a protest organized by pro-Kurdish and Armenian groups opposed to Erdogan's policies, which have placed new restrictions on freedom of expression and the press.

The bloody confrontation was captured on video and sparked a diplomatic dispute between the State Department and the Turkish government over who was to blame for the melee. U.S. officials sharply rebuked Edogan's security personnel in a statement, shortly after the altercation. While Turkey's Foreign Ministry said the brawl "was caused by the failure of local security authorities to take necessary measures."

"Our clients [...] were peacefully protesting human rights abuses by Turkey when they were kicked, punched and stomped by Turkish security officials – right here on Massachusetts Avenue in Washington D.C.," Agnieszka M. Fryszman, co-counsel for the victims said in a statement.

"This is an open and shut case because the brutal attempt to silence the demonstrators was captured on video. There is no immunity for this conduct and we look forward to proving our claims in court," she added.

"In one of the episode's more inflammatory aspects, video emerged that appears to show Erdogan himself at the scene, sitting in a black Mercedes-Benz.

"In the video posted by the Voice of America's Turkish Service, an aide leans into the car to speak to someone inside, as protesters can be heard chanting in the background. The aide then speaks to another man in a suit, who nods. Seconds later, the group of security personnel moves toward the demonstrators and starts to attack them."

18 Face Charges Over Attack Near Turkish Ambassador's Residence In D.C.

One of the plaintiffs in the case is 62-year-old Murat Yasa who claims he was "violently thrown to the ground and repeatedly kicked in the face and head." As a result, his lawyers said, Yasa had several teeth knocked out, sustained a concussion and still suffers recurring symptoms including memory loss.

Elif Genc "was brutally assaulted by Turkish security agents and civilians, who continued to hit her despite the efforts of U.S. police officers to stop them," the statement said.

There are very few instances in which a foreign government can be sued by private citizens but one exception includes cases "in which money damages are sought against a foreign state for personal injury or death" occurring in the U.S. and caused by "any official or employee of that foreign state while acting within the scope of his office or employment."

In the days following the incident the Metropolitan Police Department arrested four people. They were charged on a combination of felony aggravated assault, threatened assault in a menacing manner or misdemeanor assault on a police officer.

Police also issued 14 warrants, including to two Canadians and 12 Turkish citizens, who were is security officials for Erdogan.

Many of the charges have since been dropped.