Accessibility links
Earth's 'Bigger, Older Cousin' Maybe Doesn't Even Exist : The Two-Way In 2015, to great fanfare, NASA announced a planet discovery considered a milestone in the hunt for another Earth. But now some researchers say it's not clear that this planet actually exists. 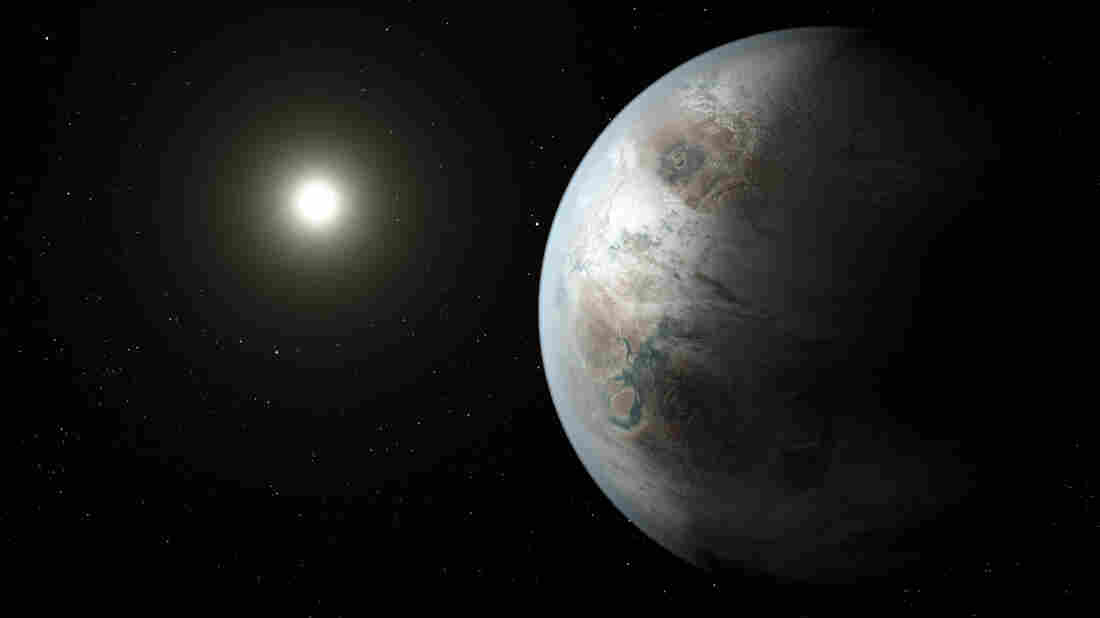 The planet, known as Kepler-452b, was believed to be about 60 percent larger than our planet and within the habitable zone of its star. NASA Ames/JPL-Caltech/T. Pyle hide caption 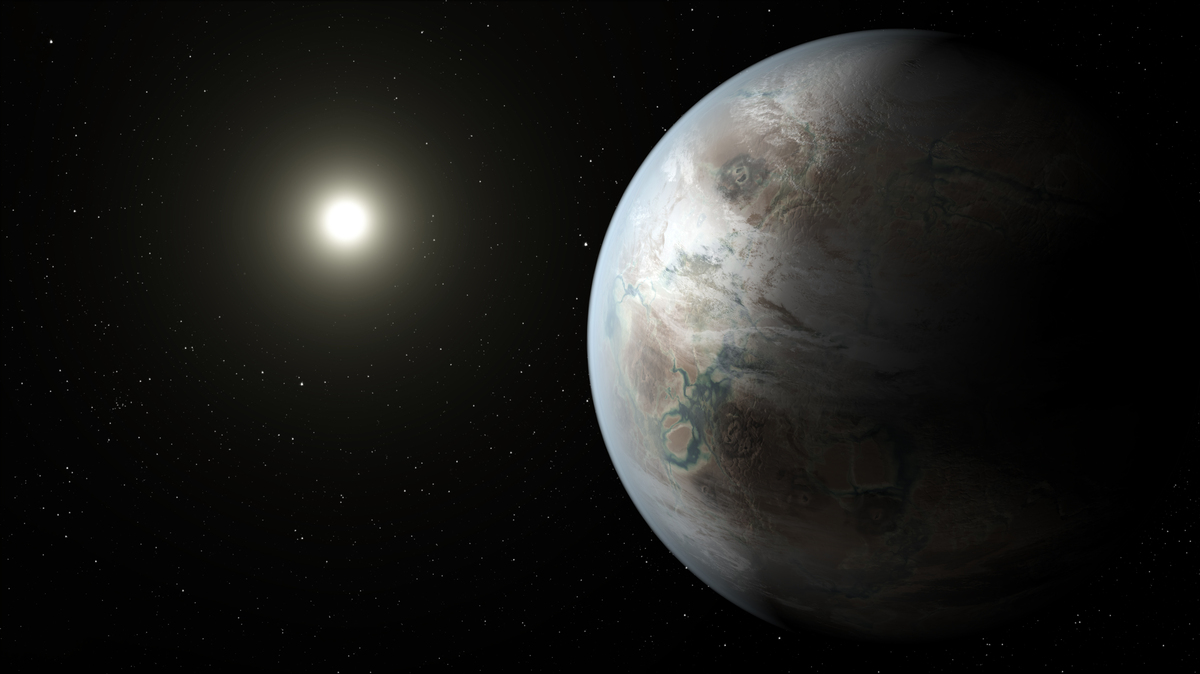 The planet, known as Kepler-452b, was believed to be about 60 percent larger than our planet and within the habitable zone of its star.

Ever since astronomers started to detect planets beyond our solar system, they've been trying to find another world just like Earth. And few years ago, they announced that they'd found a planet that was the closest match yet — Kepler-452b.

Trouble is, some astronomers now say it's not possible to know for sure that this planet actually exists.

"There's new information that we can now quantify which tells us something that we didn't know before," says Fergal Mullally, who used to be an astronomer on the science team for NASA's Kepler Space Telescope.

In 2015, NASA declared that Kepler-452b was the first near-Earth-sized planet orbiting in the "habitable" zone around a star very similar to our sun. The space agency called it Earth's "bigger, older cousin," and scientists were so enthusiastic that one began quoting poetry at a news conference.

The original science wasn't shoddy, Mullally says. It's just that, since then, researchers have learned more about the telescope's imperfections.

"I kind of hate saying that because Kepler was an absolutely wonderful instrument," he says. "It was exquisite in the quality of the data it could detect. But nothing is perfect."

The Kepler telescope stared at about 150,000 stars for years, looking for telltale dips in brightness that meant a planet was passing in front of a star and blocking some of its light.

But not every drop in brightness came from a planet. Scientists already knew to look for false alarms caused by things such as two stars going around each other. But researchers have come to realize that other random stuff was happening, as well — maybe a star's brightness naturally varied, or maybe the telescope got hit by a piece of dust or a cosmic ray. Importantly, sometimes this random stuff happened in just the right pattern to mimic an orbiting planet.

This new understanding is why Mullally and some colleagues decided to go back and take another look at Kepler-452b.

The answer is: They're not super confident. Asked what the chances are that this planet is real, Mullally replied, "I would say it's higher than 50 percent and less than 90 percent. That's my gut feeling on it."

For a bona fide, confirmed planet, astronomers prefer to see more like 99 percent certainty, says Chris Burke of MIT, who was on the research team.

"You sort of don't want to be the person to deliver bad news, but sometimes the bad news is the truth of it," Burke says.

A NASA spokesperson said by email that the new analysis "is an example of the scientific method at work and the way in which science is an evolving process as new information challenges us to revise our thinking and fine-tune our hypotheses. We welcome debate as it leads to our continued growth in knowledge in exoplanet science and in other fields of astronomy."

The researchers aren't saying a planet definitely is not there. "We're not disproving it's there. We're not saying it's not a planet," says Jeff Coughlin of the SETI Institute. "We're just saying, with a better understanding, we can't 100 percent say it's a planet anymore."

The story of this planet isn't over, though. Burke points out that there are other ways to look for evidence that it's really there, such as using the Hubble Space Telescope to try to get an independent verification.

Still, if its existence is never verified, he sees no reason to be too sad: "There's tons of awesome other planets out there," Burke says.

One of his favorites is Kepler-442b, a world that's likely rocky and with temperatures cozy enough for life. It orbits a star a little cooler than our sun, so it's not exactly like Earth. But Burke says its discovery remains solid — and is reliably confirmed.