Accessibility links
Jailed Malaysian Opposition Leader To Be Pardoned After His Party's Victory : The Two-Way Anwar Ibrahim, the popular opposition leader who was jailed for sodomy in 2015, will get a royal pardon — clearing the way for him to possibly become prime minister.

Jailed Malaysian Opposition Leader To Be Pardoned After His Party's Victory

Jailed Malaysian Opposition Leader To Be Pardoned After His Party's Victory 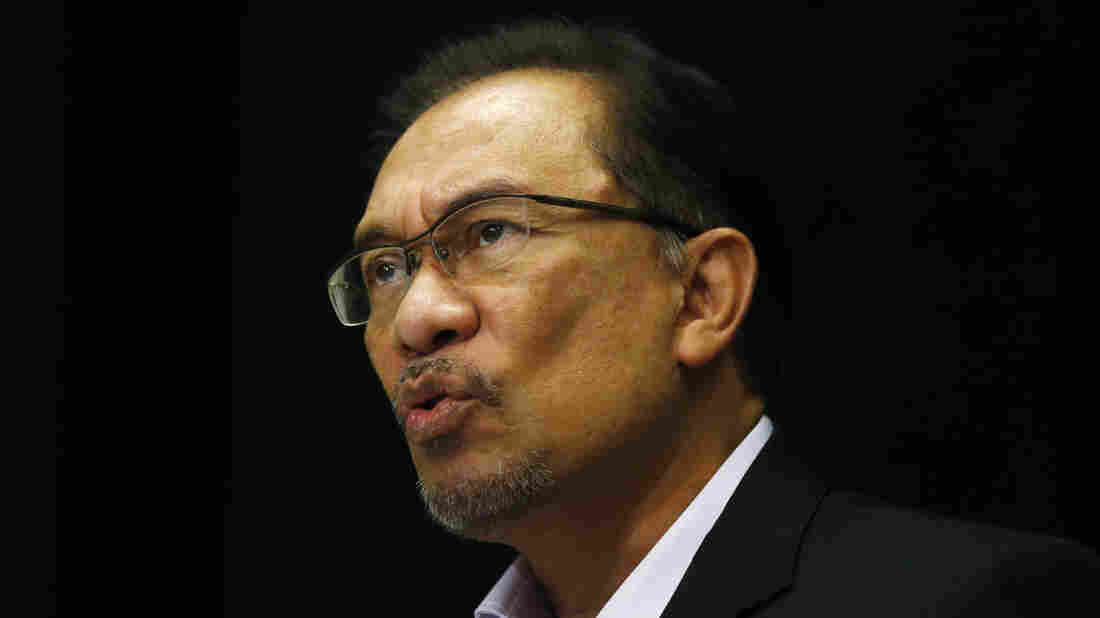 Malaysia's opposition leader Anwar Ibrahim can return to politics as soon as he is pardoned by the country's king. He's been in prison for sodomy since 2015. Olivia Harris/Reuters hide caption 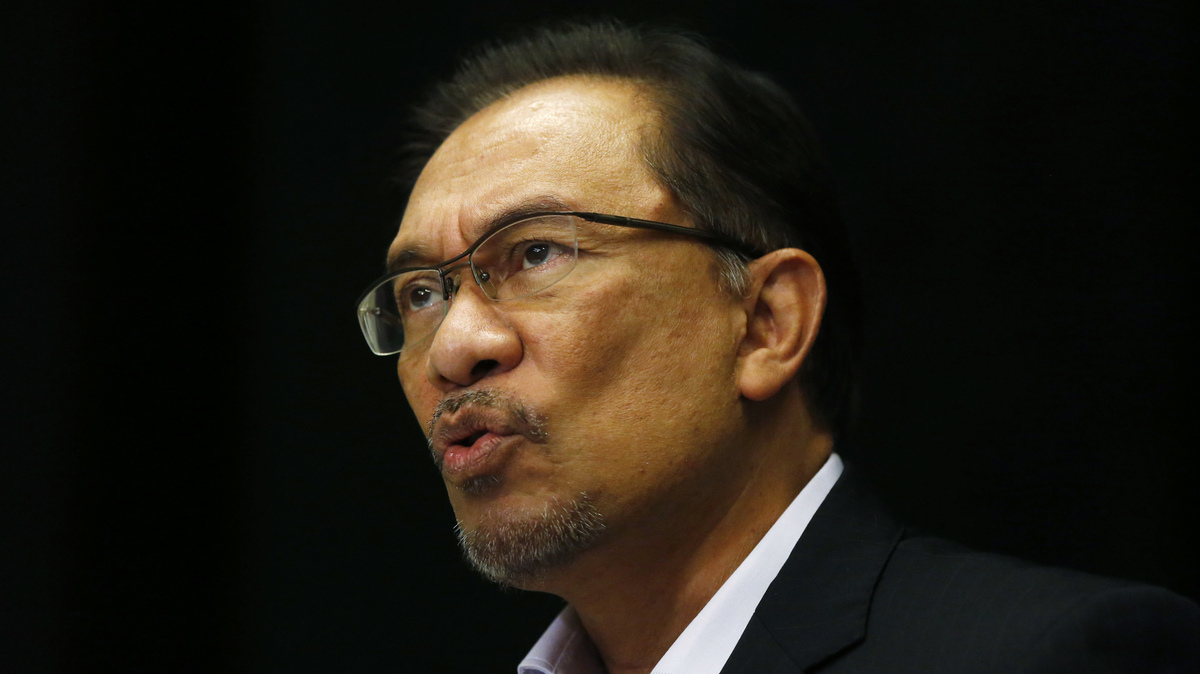 Malaysia's opposition leader Anwar Ibrahim can return to politics as soon as he is pardoned by the country's king. He's been in prison for sodomy since 2015.

Another twist has emerged in the stunning ouster of Malaysia's long-ruling party, as Anwar Ibrahim, the popular opposition leader who was jailed for sodomy in 2015, will get a royal pardon — clearing the way for him to possibly become prime minister.

The move had been discussed as a possibility before the election, but that was before the opposition pulled off its upset victory. The new coalition is led by Mahathir Mohamad – Anwar's one-time ally, then his bitter enemy and, most recently, his political savior.

With Thursday's win, Mahathir, 92, became the world's oldest elected leader. But one day after being sworn in, he announced that Malaysia's king is willing to extend a full pardon for Anwar. The longtime opposition figure was already set to be released in June, but a pardon would mean he can return to politics immediately.

Before Anwar, 70, can serve in a high office, Mahatir said, he'll need to become a member of Parliament – and, he warned, "That might take a long time."

Mahathir broke that news alongside Anwar's wife, Wan Azizah, who is slated to be the deputy prime minister in the new government that's being formed by Mahatir and the Pakatan Harapan (Alliance of Hope) party.

"I am very happy to note that when I met my husband he was in a jubilant mood," Wan Azizah said on Friday, according to Malaysia's Star newspaper. "He followed the events of the new prime minister and how Pakatan Harapan winning has created history and that he is part of it."

Wan Azizah is the leader of the Justice Party, which Anwar founded. It's one of the main parties in the winning coalition.

Accused in separate incidents over the years of having sex with his wife's driver and with an aide, Anwar has denied the charges against him. His prosecution was widely seen as politically motivated, because he posed a threat to now-former Prime Minister Najib Razak.

Mahathir was Malaysia's prime minister for more than 20 years. He resigned the post in 2003; five years earlier, he had fired Anwar and leveled pointed criticisms at his former deputy, who was once seen as his heir apparent.

Since their rift, Anwar has been arrested, beaten, and twice imprisoned. He was accused of homosexual sodomy and abuse of power. At his trial in the late 1990s, prosecutors repeatedly brought what they said was a semen-stained mattress into court. He has won acquittals, only to have prosecutors win reversals against him, such as as when he was sent to prison in 2015.

Despite all of that history, Anwar and Mahathir have managed to reconcile, and now, to make history in Malaysia. Leading up to Mahathir's return to power, the once and future prime minister acknowledged both his age, and his political past.

"I am already old," he said in a campaign video cited by the AP. "I haven't much time left. I have to do some work to rebuild our country; perhaps because of mistakes I, myself, made in the past."

On Thursday, Mahathir tweeted, "First day on the job... once again." The message included a photo showing Wan Azizah sitting to his right.

First day on the job... once again. pic.twitter.com/Oxe3E8OEuU

The turnabout comes as Malaysia wrestles with a massive corruption case, with hundreds of millions of dollars winding up in Najib's personal bank account and billions more suspected of being illegally diverted from a government investment company.

"Najib, 64, was under massive pressure in the run-up to the election thanks to various allegations of corruption and misappropriation of billions in state funds in a scandal that became known as 1MDB and became subject to an investigation by the U.S. Justice Department.

"The elections were made more contentious when Naijib and his party were accused of trying to skew election results in their favor by redrawing electoral lines based on race and ethnic grouping, while railroading an anti-Fake News bill through parliament."