Accessibility links
Ambassador: Recognizing Jerusalem As Capital Removes 'Right Of Veto' In Talks : The Two-Way David Friedman tells NPR's Morning Edition that the question of Jerusalem was "an inappropriate card" for the Palestinians to play and that taking it off the table will advance negotiations. 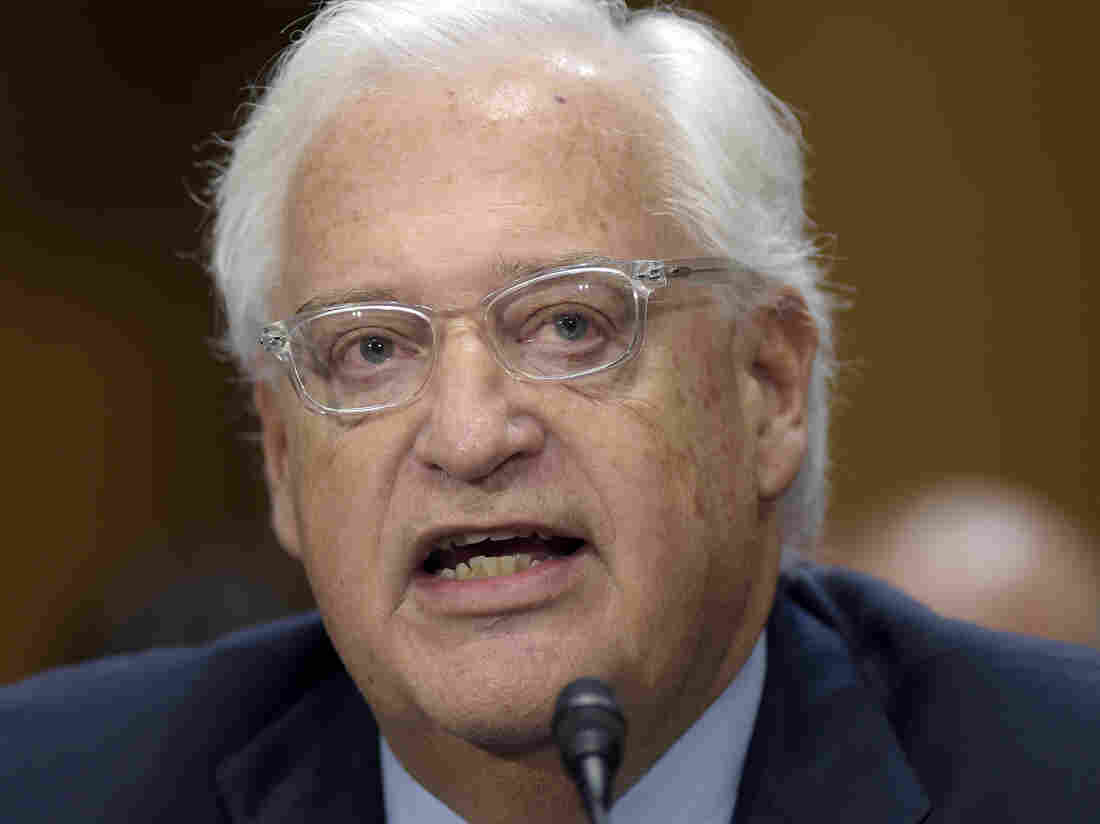 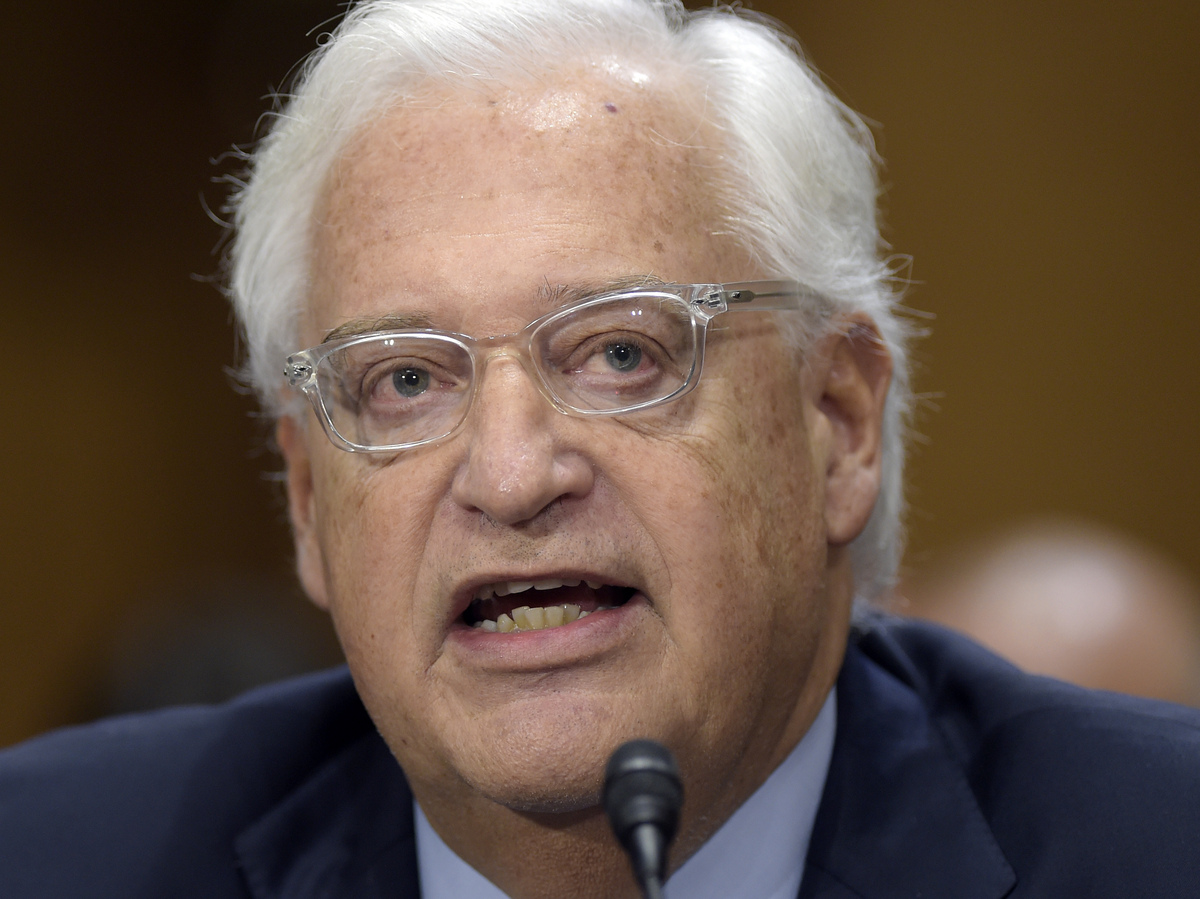 David Friedman, testifies on Capitol Hill in Washington during his confirmation hearing in Feb. 2017.

President Trump's decision to recognize Jerusalem as Israel's capital has removed the Palestinians' "right of veto" on the move and allowed the parties to focus on more important issues, the U.S. ambassador to Israel tells NPR.

David Friedman, in an interview with Morning Edition, says he believes, as does the president, that such a veto was for the Palestinians "an inappropriate card to play."

"I think the move is going to permit the parties to focus on the issues that are first of all important and second of all solvable," Friedman tells host Steve Inskeep.

"What the president did when he made this decision was to remove from the Palestinians the right to veto recognition by the United States and other countries of Jerusalem as the capital of Israel," he said.

Trump announced in December that the U.S. would recognize Jerusalem as the Israeli capital for the first time since the country's creation in 1948. Monday marks the opening of the U.S. Embassy in the ancient holy city after 70 years of being in Tel Aviv.

On The Eve Of The U.S. Embassy Move, Israelis Mark Jerusalem Day

The interview with Friedman aired on NPR amid reports that at least 7 Palestinians had been killed and dozens wounded during protests along the Gaza border, according to Palestinian health officials.

Friedman says the Jerusalem question was standing in the way of "legitimate points" on the Palestinian side of negotiations.

"Palestinians have legitimate issues. They have," he said without elaborating on them. "They have arguments that they have advanced [and] they will continue to advance."

Arguing that Jerusalem is not the capital of Israel is "just not ... a fair point for them to make," he said.

Friedman, who has been working to author a new Middle East peace plan with White House adviser Jared Kushner and Jason Greenblatt, a former Trump Organization attorney, says the trio is "still working on it."

"Timing is everything in life," he tells Inskeep. "I think we're waiting for the right time. ... It's really seizing the right opportunity."

"There are proposals that could be generated that would create a more optimistic future for the Palestinians," he says. "And I think [that is] something that we're anxious to try to advance."