Accessibility links
U.S. Dedicates New Embassy In Jerusalem : The Two-Way The U.S. ambassador to Israel, David Friedman, praised "the vision, the courage and the moral clarity" of President Trump in making the U.S. the first country to open an embassy in the disputed city. 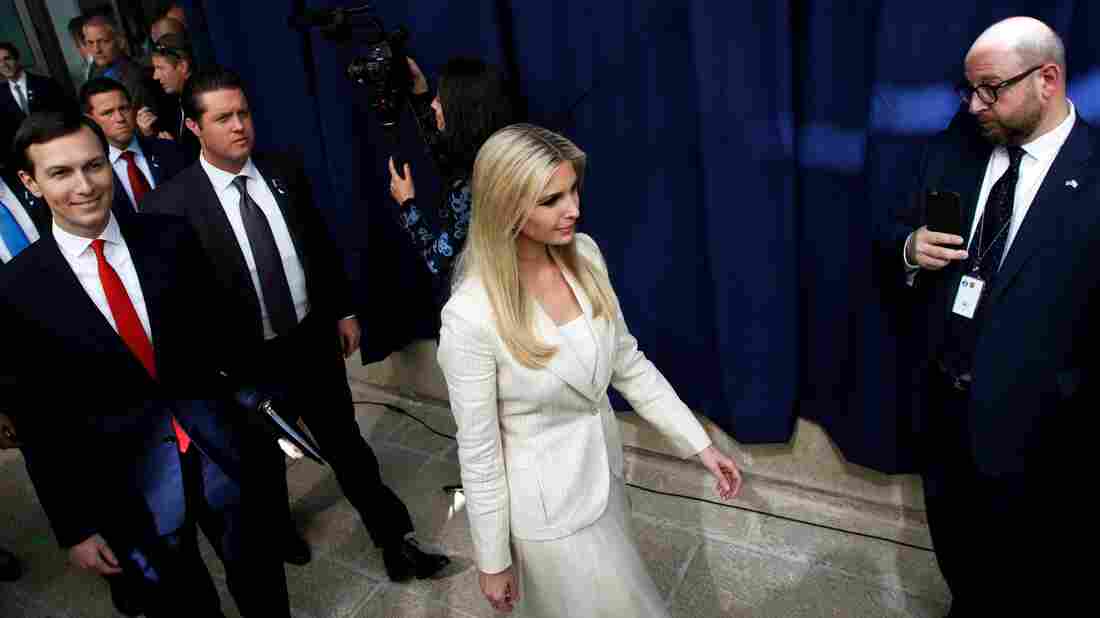 Ivanka Trump and her husband, Jared Kushner, both senior White House advisers, arrive for the inauguration of the U.S. Embassy in Jerusalem on Monday. Menahem Kahana/AFP/Getty Images hide caption 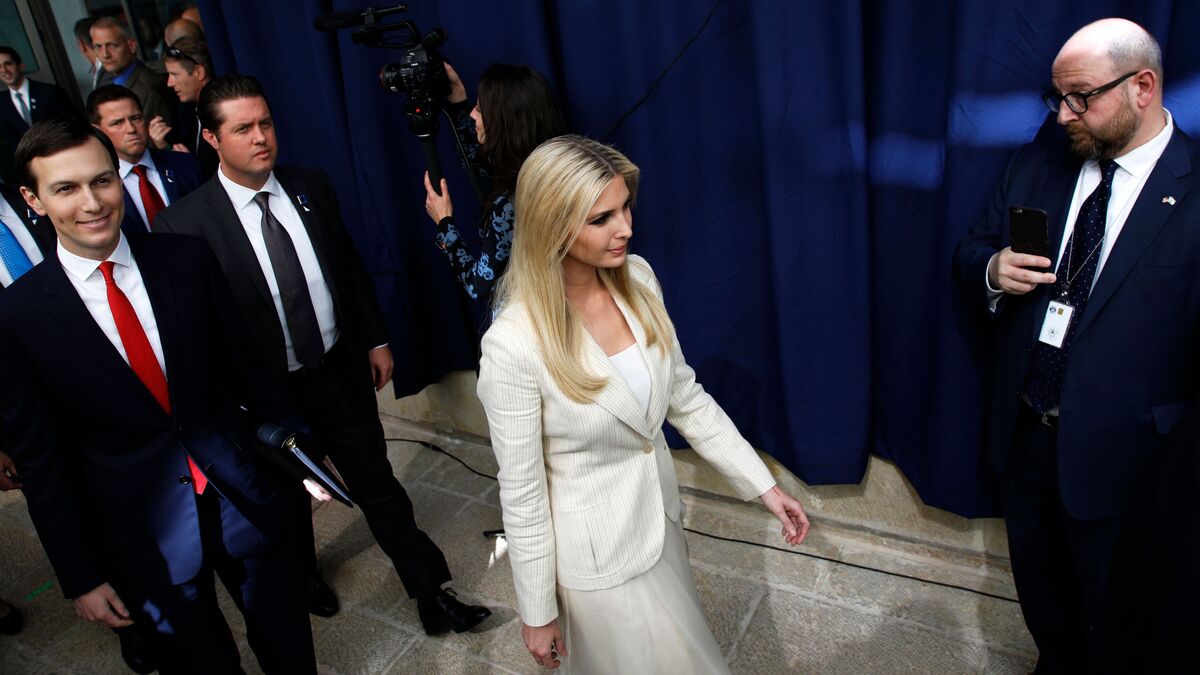 Ivanka Trump and her husband, Jared Kushner, both senior White House advisers, arrive for the inauguration of the U.S. Embassy in Jerusalem on Monday.

The United States is now the first country with an embassy to Israel located in Jerusalem, the disputed city claimed as a capital by both Israeli and Palestinian people.

The new embassy was dedicated on Monday in a ceremony attended by Israeli leaders and senior White House advisers.

Tens of thousands of Palestinians are protesting the move, and dozens of Palestinians have been killed by Israeli armed forces, according to the Gaza Health Ministry. Egypt and Jordan have denounced the killings and warned of the risk of escalating violence.

"Israel has a right to defend itself," Shah said.

For many years the U.S. — like the rest of the world's countries — has declined to put the embassy in Jerusalem, saying that the status of the city needs to be decided in peace talks with the Palestinians.

President Trump made a campaign promise to relocate the embassy. He was not the first president to make such a promise, but he is the first to actually make the move.

David Friedman, the U.S. ambassador to Israel, led the controversial dedication. The ceremony has finished, but you can watch it on YouTube.

"Today's historic event is attributed to the vision, the courage and the moral clarity of one person to whom we owe an enormous and eternal debt of gratitude, President Donald J. Trump," Friedman said, prompting a lengthy standing ovation.

President Trump did not attend, but he recorded a video in which he told the audience, "Congratulations."

"May there be peace," Trump said. "May God bless this embassy."

Jared Kushner, the president's son-in-law — who has been tasked with leading efforts to restart Israeli-Palestinian peace talks — delivered lengthy remarks at the ceremony.

"The United States recognizes the sensitivity surrounding Jerusalem, a city that means so much to so many," he said. "Jerusalem is a city unique in the history of civilization. No other place on Earth can claim significance to three major religions ... That is why President Trump has called many times, including right now, on all parties to maintain the status quo of Jerusalem's holy sites."

Critics of the administration say that by moving the embassy and recognizing Jerusalem as Israel's capital, the U.S. is already upending the status quo of the city and endangering future peace talks.

The White House has maintained that the change will not hurt future negotiations.

"If you're not prepared to recognize that Jerusalem is the capital of Israel, and that's where the American Embassy should be, then you're operating on a completely different wavelength. I think recognizing reality always enhances the chances for peace."

Secretary of State Mike Pompeo told Fox News the peace process is "most decidedly not dead."

And Ambassador Friedman told NPR that taking the status of Jerusalem off the table will free up talks by removing a "veto" from the Palestinians.

"I think the move is going to permit the parties to focus on the issues that are first of all important and second of all solvable," he said. Palestinians have "legitimate issues," he said, but arguing that Jerusalem is not the capital of Israel is not a "fair point," he said.

Republican Sens. Dean Heller of Nevada, Lindsey Graham of South Carolina, Ted Cruz of Texas and Mike Lee of Utah attended, as did a number of Republican representatives.

"Dear friends, what a glorious day," he said. "Remember this moment. This is history."

Netanyahu reminisced about visiting the place where the ceremony was held as a child, pointing down to the ground beneath his feet.

"This was near the border. It was exposed to sniper fire. That was then," he said. "This is now. Today, the embassy of the most powerful nation on earth, our greatest ally, the United States of America, today its embassy opened here."

As Netanyahu talked about the dangers of the borders in Jerusalem, Gazan officials said Israeli military forces had been firing near the border fence in Gaza, killing at least 41 Palestinian protesters, including several youths. The prime minister later acknowledged the conflict happening during the ceremony, while implicitly rejecting criticism from those who say Israel is using excessive force and firing on protesters far from the fence.

"Our brave soldiers are protecting the borders of Israel as we speak today," Netanyahu said. "We salute you all."

Netanyahu also celebrated Jerusalem as "the eternal undivided capital of Israel." As NPR's Steve Inskeep notes, "the Trump administration, which supported Israel's claim with [the] embassy move, maintains Jerusalem's borders are still to be negotiated."