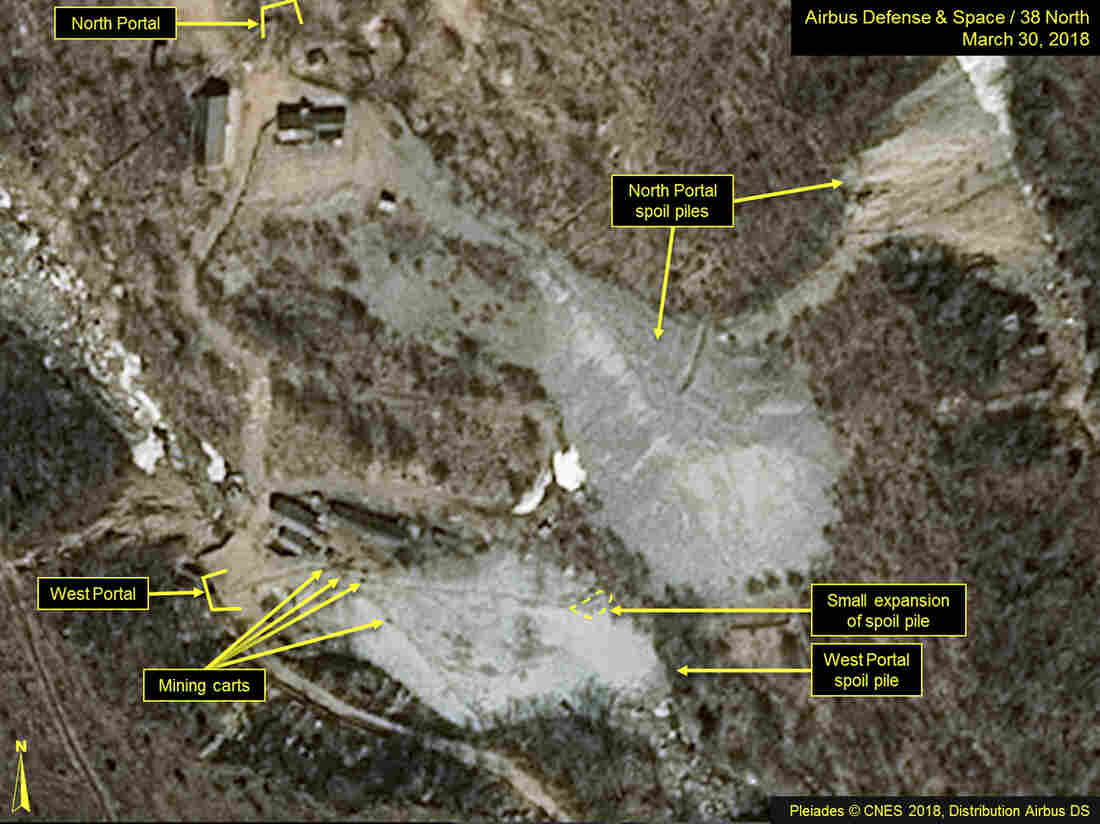 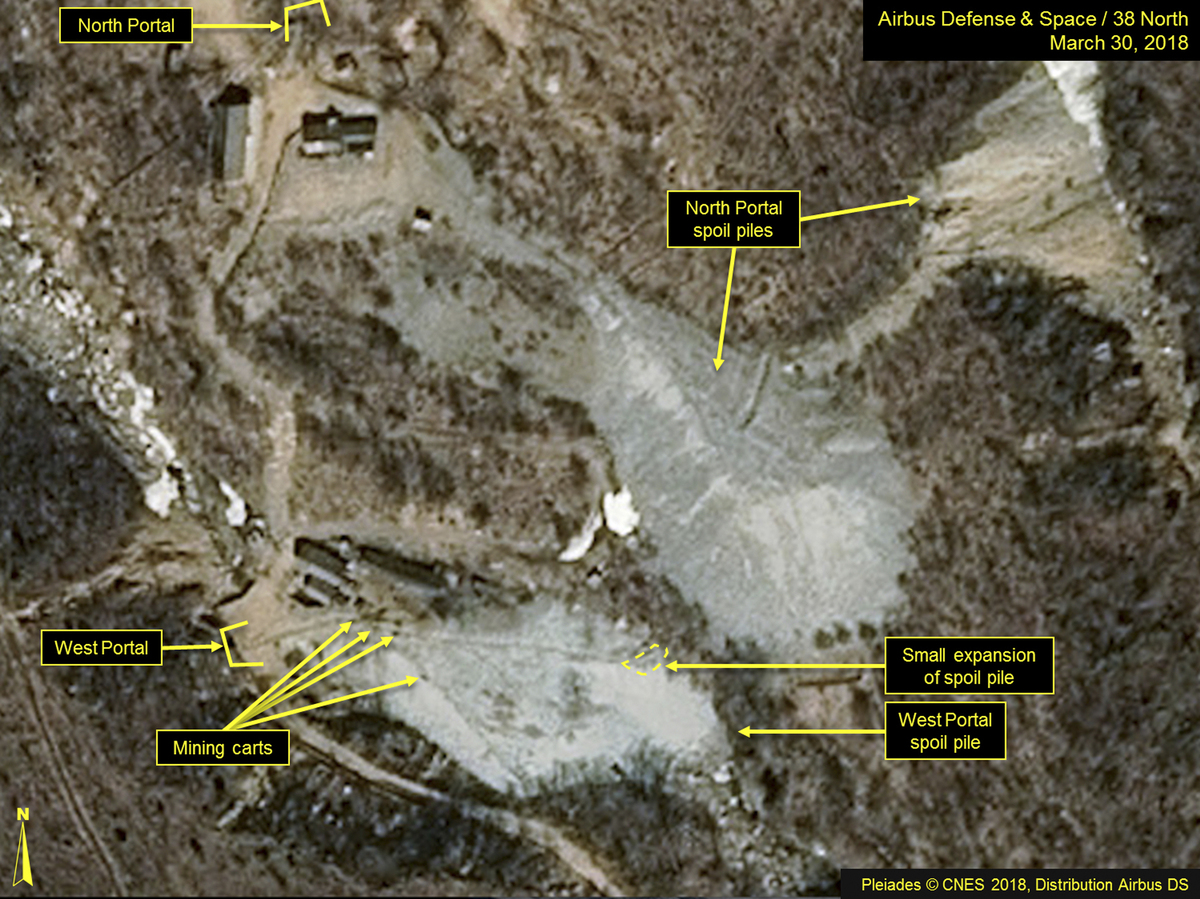 A satellite image released and notated by Airbus Defense & Space and 38 North on March 30 shows the Punggye-ri nuclear test site in North Korea.

New commercial satellite imagery shows that North Korea has begun dismantling its underground nuclear test site ahead of schedule – an apparent goodwill gesture offered by Pyongyang in advance of a summit next month between President Trump and North Korean leader Kim Jong Un.

North Korea over the weekend pledged to begin destroying the Punggye-ri site in the country's northeast in a ceremony open to foreign journalists between May 23 and May 25. Punggye-ri has been the site of all six North Korean nuclear tests, including its most powerful, in September, which Pyongyang said was its first fusion device, or H-bomb.

North Korea said it would allow journalists from the U.S., South Korea, China, Russia and Britain "on-the-spot coverage" of the ceremony.

In a tweet on Saturday, President Trump called North Korea's decision to raze the site "a very smart and gracious gesture!"

In South Korea, Summit With North Korea Is Greeted With Hope — And Skepticism

Pompeo To Kim: Denuclearize And Enjoy 'Future Brimming With Peace And Prosperity'

The move comes amid a major thaw in relations between Pyongyang, Seoul and Washington that witnessed a summit last month between Kim and South Korean President Moon Jae-in, where the two agreed in principle to the denuclearization of the Korean peninsula. Trump and Kim are expected to meet for a historic summit in Singapore on June 12.

However, analysts writing for the North Korea monitoring blog 38 North report that moves to tear down the site are already underway.

"Some of the rails for the mining carts, which had led from the tunnels to their respective spoil piles, have apparently been removed. Additionally, some carts seem to have been tipped over and/or disassembled, and several small sheds/outbuildings around the site had been removed," the authors of the post say.

Earlier, the official Korean Central News Agency had said that tunnels would be collapsed, entrances blocked and research buildings, observation and security posts would be removed as part of the decommissioning process.

It was not immediately clear why the North Koreans would move to dismantle the site earlier than expected.

The decision to dismantle the test facility now may be politically expedient for Kim, but having perfected a crude nuclear deterrent and ballistic missiles thought capable of delivering it as far as the continental United States, the North Korean leader may no longer need the underground test facility.

In one of the first signs that Kim was willing to concede Punggye-ri, he announced last month that the site had "done its job."

In fact, several reports have emerged in recent months that September's massive underground test, the last conducted there, caused portions of the underground facility to collapse, rendering them unusable.

The same three authors who looked at the most recent satellite imagery for 38 North wrote after last year's test that imagery taken then appeared "to show numerous landslides throughout the Punggye-ri Nuclear Test Site and beyond."

"One group of researchers found that the most recent blast tore open a hole in the mountain, which then collapsed upon itself. A second group concluded that the breakdown created a "chimney" that could allow radioactive fallout from the blast zone below to rise into the air," according to The South China Morning Post.