Accessibility links
Putin's Bridge Linking Russia To (Annexed) Crimea Opens : The Two-Way The Russian leader jumped behind the wheel of an orange dump truck, leading the charge across the 12-mile bridge connecting the two regions for the first time in history. 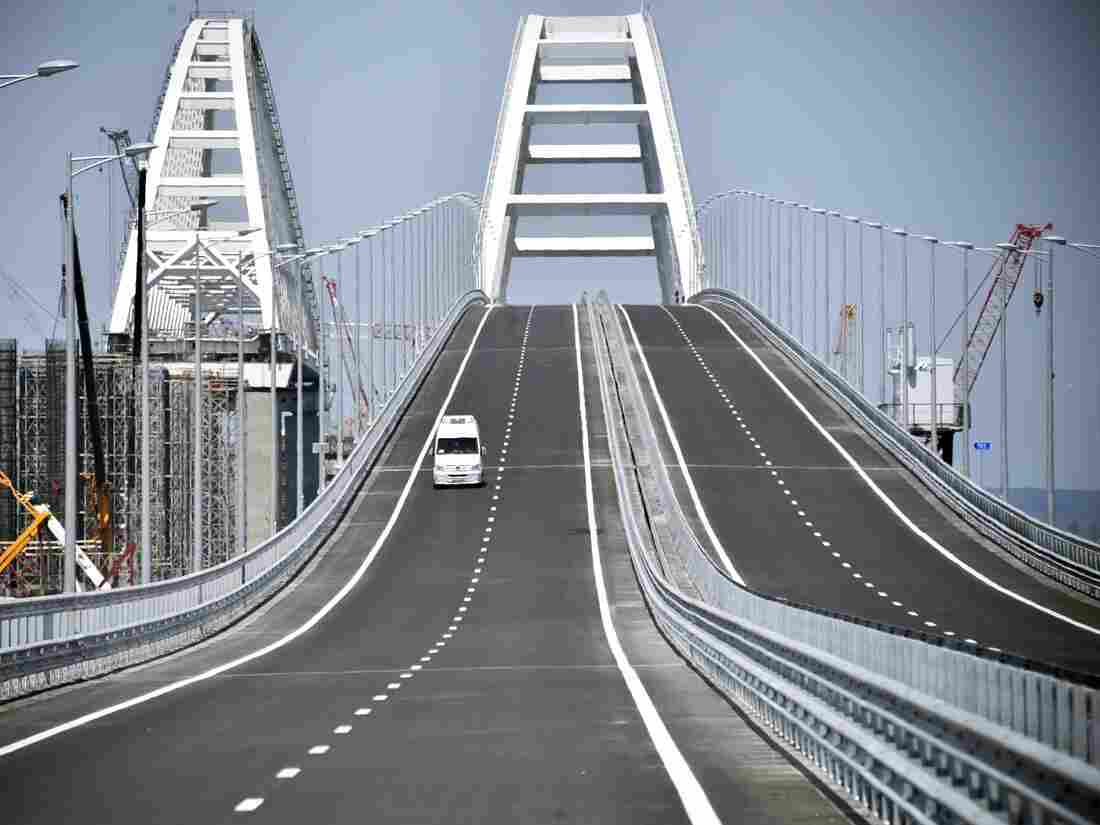 A view of the new bridge linking Russia and the Crimean peninsula prior to its opening ceremony near Kerch, Crimea, Tuesday. Alexander Nemenov/AP hide caption 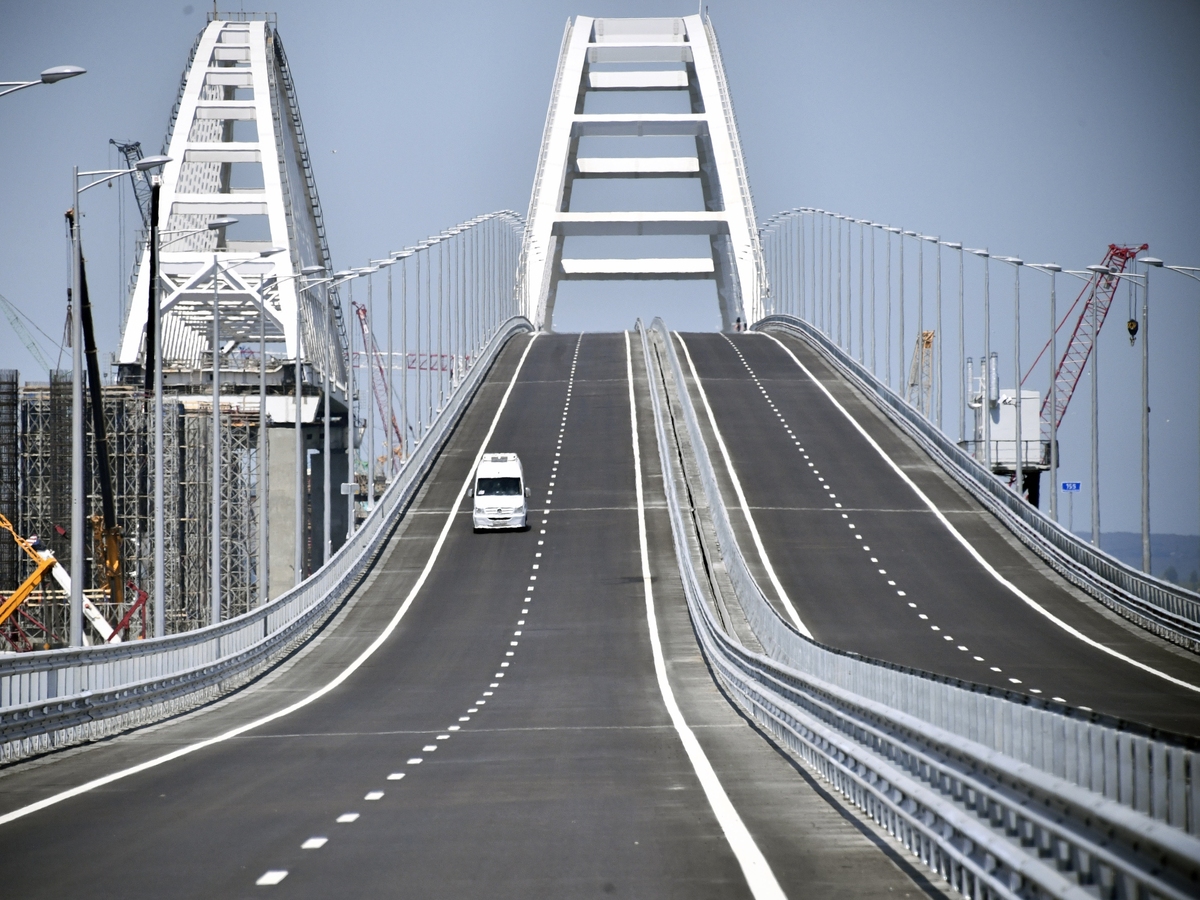 A view of the new bridge linking Russia and the Crimean peninsula prior to its opening ceremony near Kerch, Crimea, Tuesday.

Russian President Vladimir Putin inaugurated a bridge that connects Crimea to Russia, saying, "A miracle has come true," on Tuesday.

The 12-mile bridge embodies Putin's achievement of "reunification," whereby Russia, flexing its military might, annexed the peninsula from Ukraine in 2014. It's widely seen as another step in cementing Russia's control over the Black Sea peninsula.

For the event, Putin got behind the wheel of a bright orange Kamaz truck to lead a convoy of dump trucks, cranes and other equipment toward the Crimean city of Kerch, according to TASS. Cameras mounted inside the truck followed his route and broadcast live on state television, The Washington Post reported.

The automobile section of the Kerch Strait Bridge, said to be the longest bridge in Europe, was completed six months ahead of schedule. Putin touted it as an historic achievement and a dream that eluded Russian czars and leaders throughout the 2oth century.

"I am confident that the aggressor will not succeed and will bear responsibility in full," Poroshenko said on Facebook, as translated by The Washington Post. "The invaders will need the bridge when they have to urgently leave our Crimea."

The State Department issued a statement condemning the construction as an illegal occupation of Crimea which "belongs to Ukraine."

"The bridge represents not only an attempt by Russia to solidify its unlawful seizure and its occupation of Crimea, but also impedes navigation by limiting the size of ships that can transit the Kerch Strait, the only path to reach Ukraine's territorial waters in the Sea of Azov," the statement said.

State Department officials also noted the U.S. "has sanctioned numerous individuals and entities involved in this project," including billionaire Arkady Rotenberg, the developer behind the bridge and Putin's close friend and judo partner.

"These and our other Crimea-related sanctions will remain in place until Russia returns control of the peninsula to Ukraine," the statement said.

Until now, Crimea's 2.3 million citizens have been largely cut off from the rest of the world. The territory has only been accessible by plane or ferry from Russia, and the Ukrainian government has blocked most road and rail traffic to the occupied region over the last four years.

Once the bridge is fully operational it is expected to allow up to 40,000 passenger cars to cross each day, and to eventually reduce the cost of goods in Crimea, which doubled after being incorporated into Russia. By opening the bridge ahead of summer — and drastically reducing the time it will take Russians to reach Crimea — Putin said he hopes to help spur tourism in the struggling region.

But despite the fanfare Tuesday, the four-lane bridge is not entirely accessible by drivers on both sides. Many of the highways feeding into the bridge are still under construction, according to the New York Times.

As NPR reported, the $7.5 billion dollar project was plagued by problems:

"Engineer Georgy Rosnovsky says the bridge is badly needed, but it's being built in the wrong place and the wrong way. He has designed other bridges and says this one could be vulnerable to earthquakes and mud volcanoes on the sea floor."

The bridge will open to heavy truck traffic in the fall, and a railroad component is scheduled to open in 2019.