Accessibility links
'Please Help Me!' American Caught In Venezuelan Prison Riot Pleads On Video : The Two-Way In two brief videos posted to his Facebook page, Joshua Holt, a 26-year-old Mormon missionary jailed without charge since 2016, says the other inmates are trying to kill him. 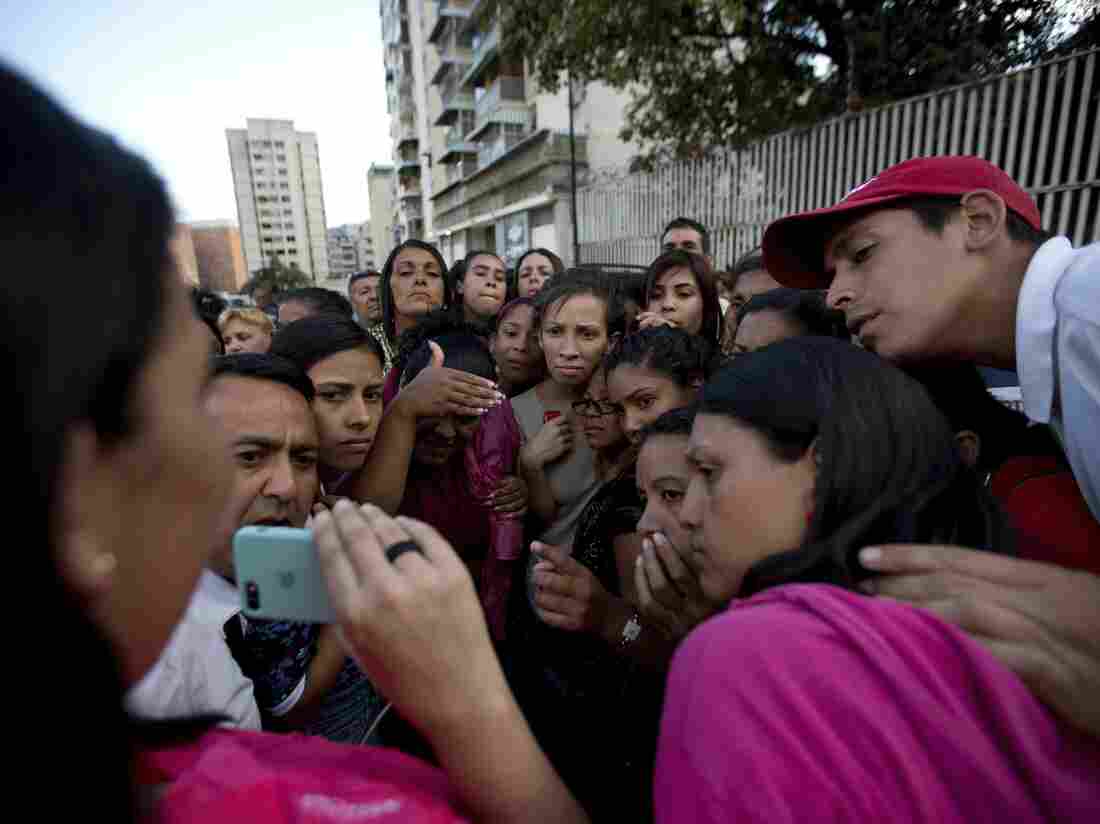 Relatives of prisoners watch in a mobile phone a video released by the prisoners outside of Venezuelan political police headquarters, SEBIN, in Caracas, Venezuela, on Wednesday. Fernando Llano/AP hide caption 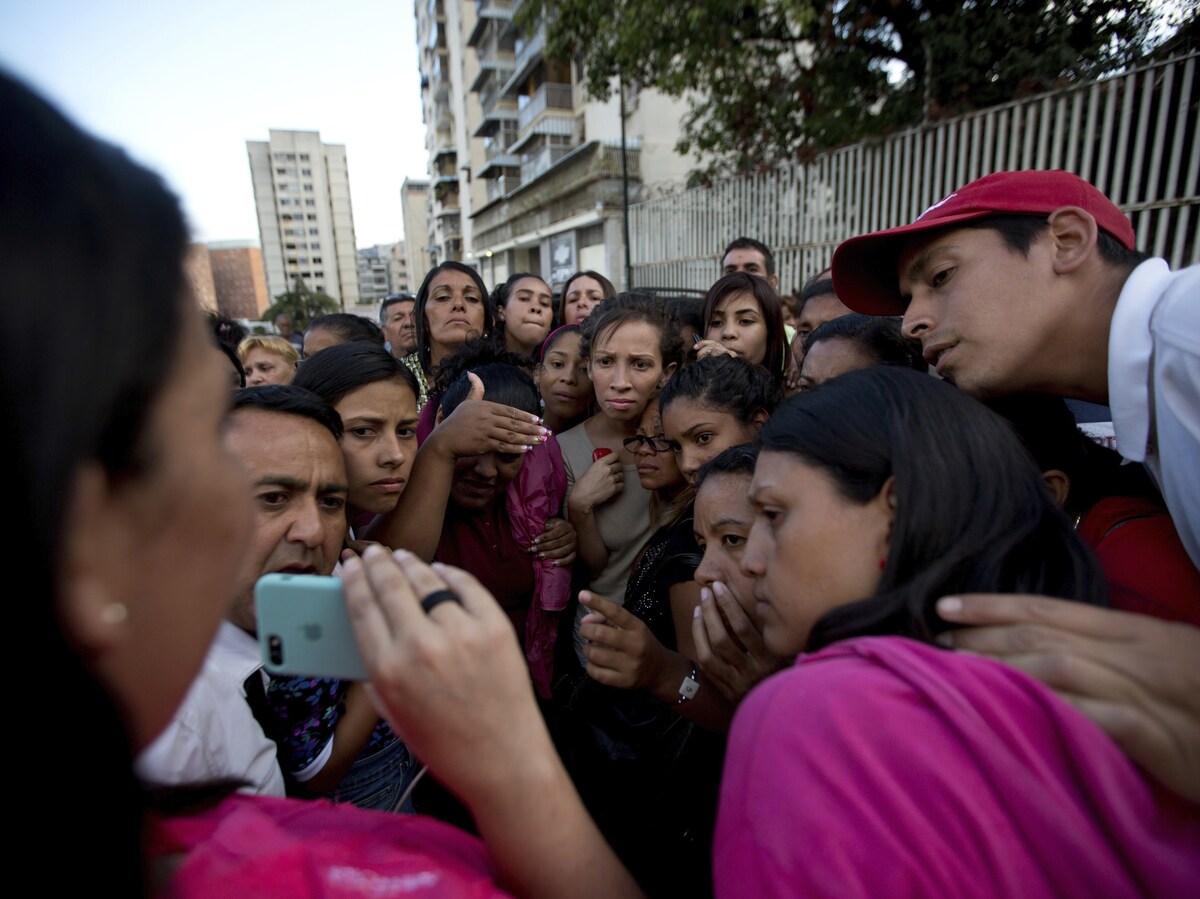 Relatives of prisoners watch in a mobile phone a video released by the prisoners outside of Venezuelan political police headquarters, SEBIN, in Caracas, Venezuela, on Wednesday.

Joshua Holt — a Mormon missionary from Utah jailed in Venezuela's most notorious prison — has uploaded an emotional video plea for his freedom, saying that his life is under threat amid an ongoing riot by fellow inmates.

Holt, 26, who traveled to Venezuela in 2016 to marry Thamara Candelo, a woman he met online, has spent the past two years in the El Helicoide prison without charge after police said they found weapons in the couple's Caracas apartment.

As we reported last year:

"After their honeymoon last year, the couple settled into Candelo's apartment in a housing project on the outskirts of Caracas. They had planned to move to the U.S. with Candelo's two young daughters, and were waiting for approval for her U.S. visa.

But on June 30, an anti-gang police squad burst into Candelo's apartment, where agents claimed to find an AK-47 assault rifle and a grenade. Holt and Candelo were hauled off to jail."

In two 20-second videos shot on a cellphone and posted on his Facebook page, Holt says he has "been begging my government for two years. They say they're doing things but I'm still here."

"Please, my fellow Americans don't allow me to continue suffering in Venezuela," Holt said in a written message, also posted on his Facebook page. "I am not a political pawn I am a human being a child of God and I just want to live happy with my wife and children. I have NEVER done anything wrong in my life. Please help me!"

Although the extent of the unrest was not known, in another Facebook post, Holt says, "the prison where I am at has fallen and the guards are here and people are trying to break in my room and kill me. WHAT DO WE DO?"

Chief Prosecutor Tarek William Saab announced in a tweet that he had sent a commission to the prison and that the parties had expressed a "willingness to carry out the respective coordination ... in order to resolve the situation."

"The inmates were demanding due process rights like speedier hearings and the immediate freedom for prisoners who have received a judge's release order.

... The Trump administration has suggested there are political motives for Holt's continued detention. His trial on weapons charges was scheduled to start Tuesday but Holt and his wife ... were never taken to the courthouse by their jailers."