Accessibility links
Japanese Rail Operator Says Sorry For 'Inexcusable' Departure 25 Seconds Early : The Two-Way It is at least the second time in about six months that a Japanese railway has been forced to apologize to passengers for a seconds-early departure. 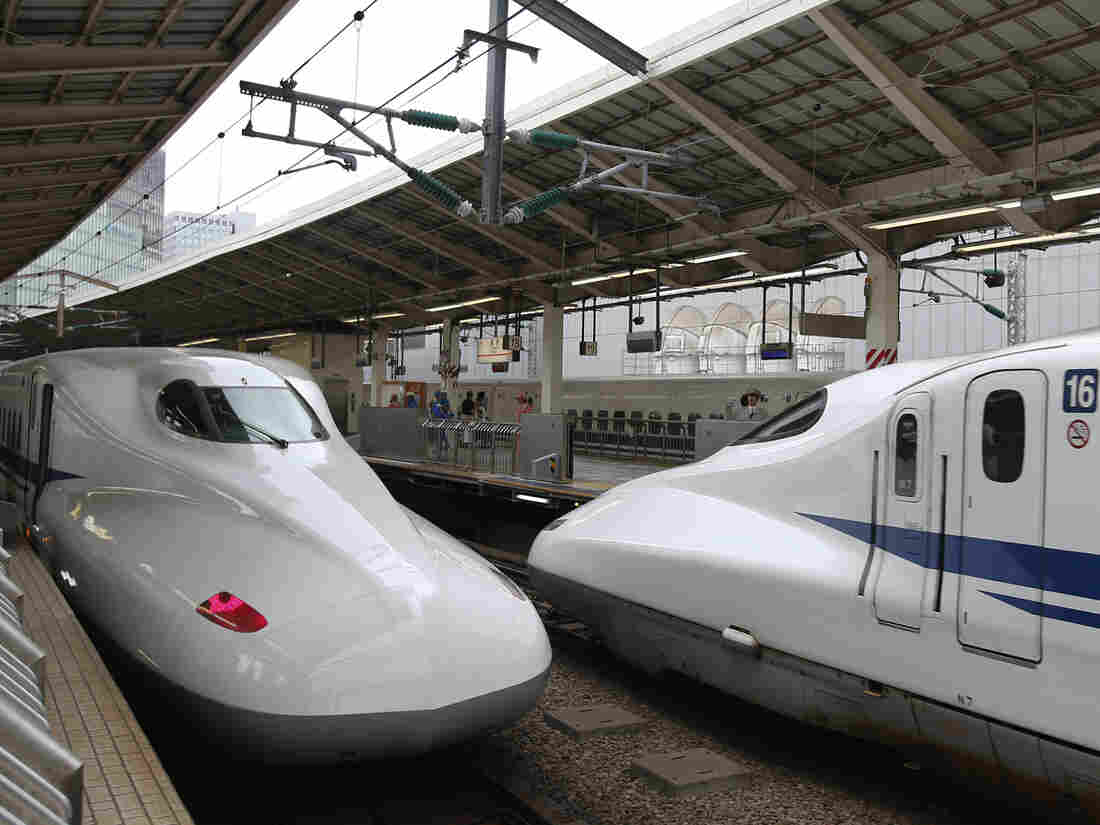 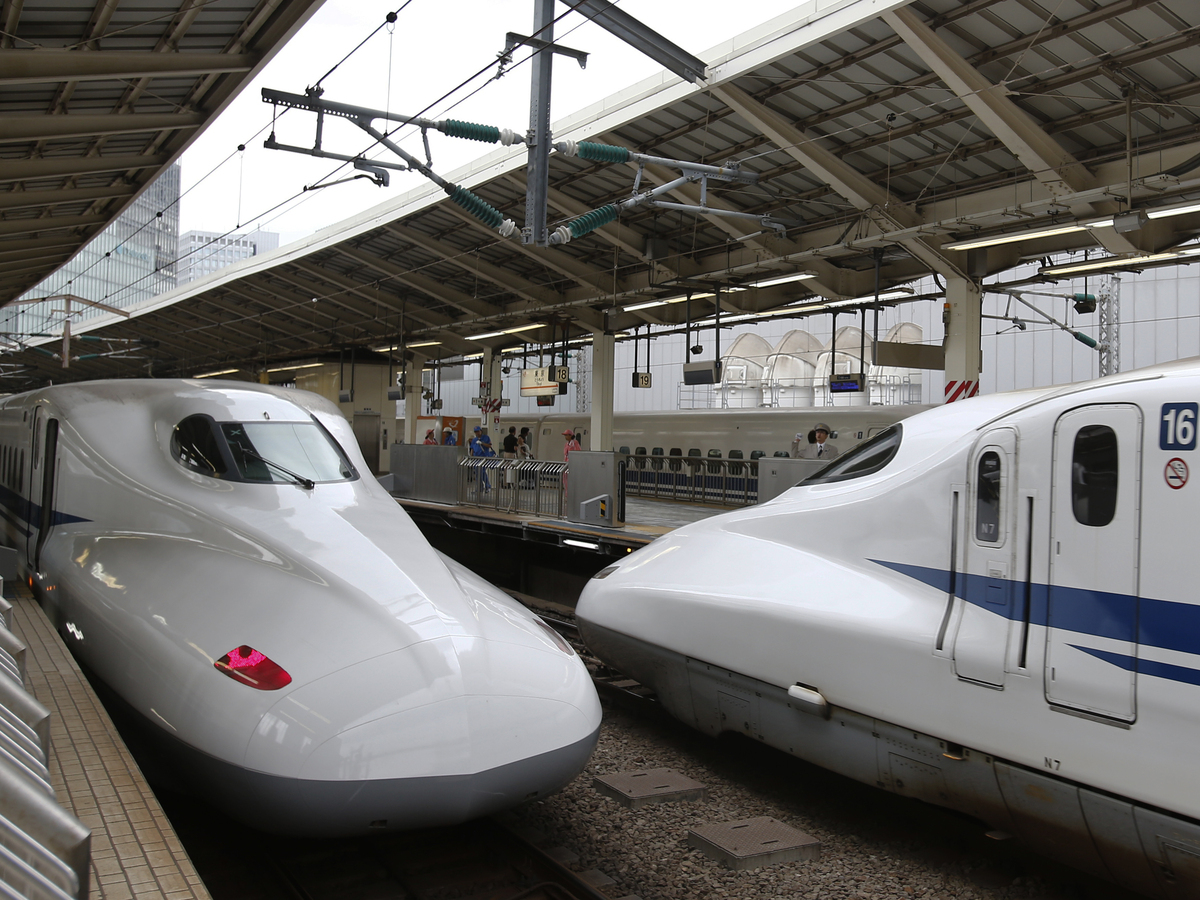 A Shinkansen bullet train arrives at Tokyo Station in Tokyo in 2014.

In the U.S., you might expect a passenger rail operator to apologize for being late. However, in Japan — where sleek, high-speed trains are famous for arrivals and departures that you could set your watch by — leaving a station just 25 seconds early is nothing short of a disgrace.

That is what happened earlier this month at Notogawa Station in the central Shiga Prefecture, when a train mistakenly pulled away from the platform almost a half-minute ahead of schedule – at 7:11:35 a.m. instead of 7:12.

"The great inconvenience we placed upon our customers was truly inexcusable," Japan Railways said in a statement about the May 11 incident involving a Shinkansen bullet train.

Japan Today reports, "The trouble started when the conductor of the train (an express that makes its final stop at Nishi Akashi Station in Hyogo Prefecture at 9:14) mistakenly thought it was supposed to leave at 7:11, and so closed the doors of the 12-car train at that time. Realizing his mistake almost immediately, he looked down the platform, didn't notice anyone standing there, and so decided to just go ahead and leave 25 seconds early rather than reopen the doors and have to shut them again (a process that might have ended up making the train depart later than 7:12 exactly)."

Rail Officials Apologize For Train That Didn't Run On Schedule

Another Japanese news site, Sora News 24, explains, "25 seconds may not seem like anything to complain about, but this happened on a Friday morning, when most passengers are people on their way to the office or school."

Moreover, while this sort of thing is apparently rare in Japan, it is at least the second time in about six months that it has occurred.

As NPR's Bill Chappell reported in November, a morning train on the Tokyo region's Tsukuba Express line left 20 seconds early, prompting a remarkably similar apology to the one issued this week by Japan Railways: "We deeply apologize for the severe inconvenience imposed upon our customers," Metropolitan Intercity Railway Company said in a statement at the time.

" ... even a small lapse in punctuality can be disruptive, in part because, as Casey Baseel reports for Sora News 24, some people in Japan synchronize their phones or watches to the time shown in train stations, so they'll be sure to make their train.

Baseel writes: 'It stands to reason, then, that at least a few people would miss a train if it left 20 seconds earlier than usual, and even if there's another coming in four minutes, adding four minutes to that leg of their commute might cause them to miss other transfers on the way to their destinations, with the effect snowballing enough that they end up being late for work or school.'"