Accessibility links
Ex-Deputy Who Stayed Outside During Parkland Shooting Getting $8,702 Monthly Pension : The Two-Way Parents of some of the 17 people killed in the February massacre at Marjory Stoneman Douglas in Florida are expressing outrage over the payments to Scot Peterson.

Ex-Deputy Who Stayed Outside During Parkland Shooting Getting $8,702 Monthly Pension

Ex-Deputy Who Stayed Outside During Parkland Shooting Getting $8,702 Monthly Pension 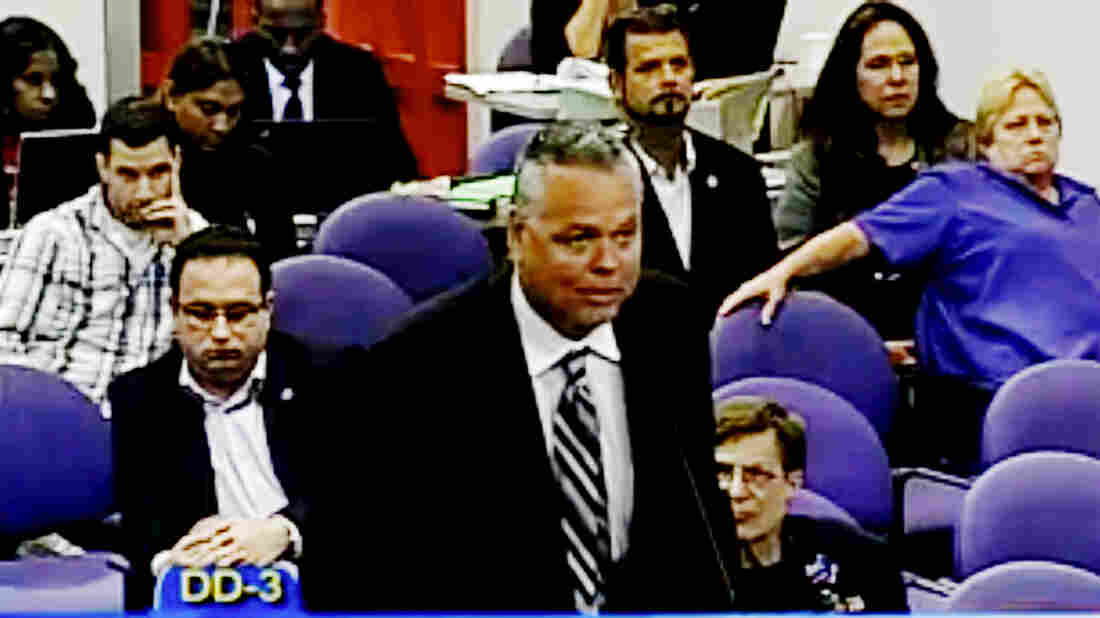 Scot Peterson addresses a Broward County school board meeting in 2015. The former school resource officer, criticized for remaining outside during the school shooting in Parkland, Fla., began receiving a monthly pension of more than $8,000 in April. AP hide caption 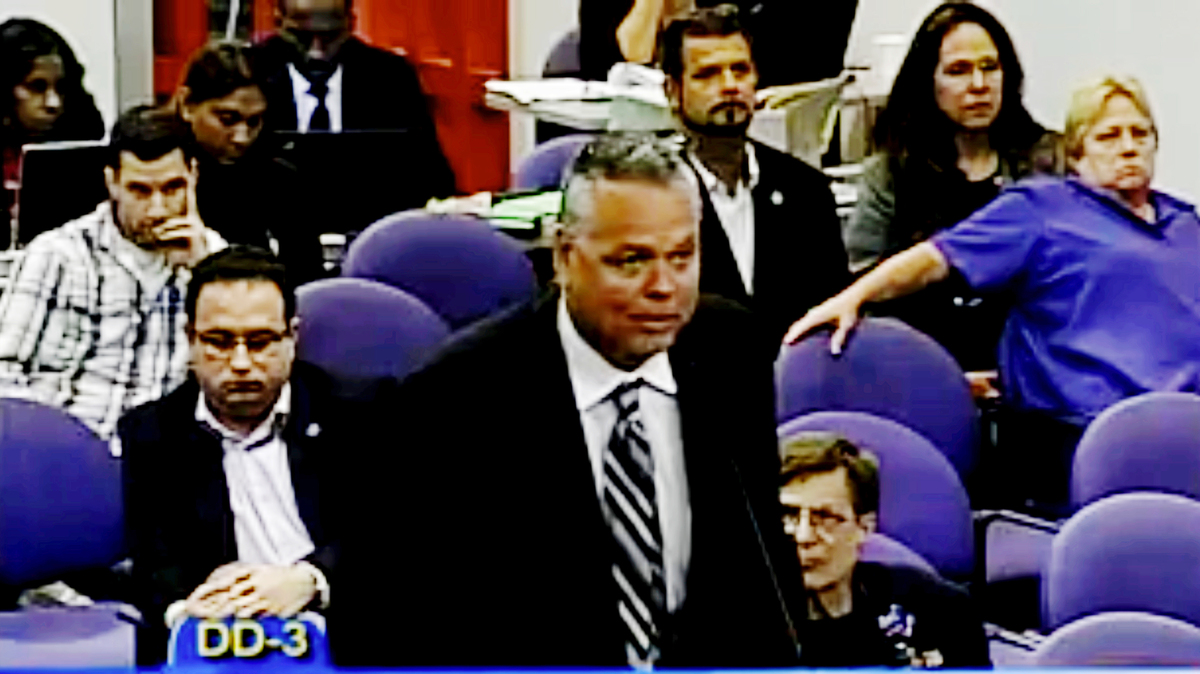 Scot Peterson addresses a Broward County school board meeting in 2015. The former school resource officer, criticized for remaining outside during the school shooting in Parkland, Fla., began receiving a monthly pension of more than $8,000 in April.

The former school resource officer who remained outside during the deadly shooting at Marjory Stoneman Douglas High School in Parkland, Fla. — and resigned earlier this year amid intense public scorn — is receiving a monthly pension of $8,702.35.

The Florida Department of Management Services says Scot Peterson began receiving the payments last month, which do not include health insurance benefits.

Peterson made $101,879 last year as a Broward County sheriff's deputy, including overtime and other compensation, according to The Sun Sentinel, which cited sheriff's office records.

The secretary of Florida's Department of Management Services, Erin Rock, says Peterson submitted his application for benefits after resigning on Feb. 22.

A letter that Rock sent to the Broward County Sheriff Office and state attorney in March, which was obtained by NPR, noted that unless charges were filed against Peterson, the department would be required by law to pay his pension.

No charges against Peterson have been filed.

Video showed Peterson, an armed guard at the school, standing outside as the gunman unloaded his AR-15-style rifle, shooting dead 17 students and educators.

Broward County Sheriff Scott Israel — who himself has come under scrutiny over his department's role both before and during the shooting — announced in a news conference days after the shooting that he was "devastated, sick to my stomach," that Peterson did not enter the school.

Israel said Peterson should have gone in and "killed the killer."

A day later, President Trump told reporters that Peterson either "didn't react properly under pressure" or was a coward.

Peterson's lawyer has said his client was following his training and believed at the time that the gunshots were coming from outside the school. And police radio tapes reveal confusion over the gunman's location as officers arrived at the scene, according to the Sun Sentinel.

In a statement sent to NPR on Thursday, Gov. Rick Scott says that "it is shameful that this deputy did not run into the school to save lives." But he reiterated that because no charges have been filed, "the State is required to provide his pension under Florida law."

Scott notes that the Florida Department of Law Enforcement is investigating Peterson as part of an "all law enforcement response," and says that if the probe "finds that anyone has broken any laws, they will be held fully accountable."

Fred Guttenberg, who lost his 14-year-old daughter Jaime in the massacre, tweeted that news of Peterson's pension was infuriating. "My daughter would still be alive if this person did his job," he said.

This infuriates me in ways people cannot comprehend. My daughter would still be alive if this person did his job.https://t.co/MVYtMKjtGh

Andrew Pollack, whose 18-year-old daughter Meadow was also killed in the attack, also expressed outrage over Peterson's pension. "He hid while my daughter and 16 others were slaughtered! How in the hell is he getting this?"

The coward of broward, Scot Peterson is getting over $8k a month pension! He hid while my daughter and 16 others were slaughtered! How in the hell is he getting this?

That money should go to actually securing our schools! #FixIt https://t.co/Zv5zT3lDgP

Pollack has filed a wrongful death lawsuit against several people, including Peterson and the suspected gunman.

Nikolas Cruz, a former Stoneman Douglas student, has been charged with 17 counts of first-degree murder and 17 counts of attempted murder.

A previous version of this story incorrectly called the weapon used in the school shooting an AR-15 rifle. It was an AR-15-style rifle.