Accessibility links
All Of Chile's Bishops Offer To Resign After Sex Abuse Cover-Up : The Two-Way Their announcement on Friday follows an emergency meeting with Pope Francis to discuss the drawn-out scandal. 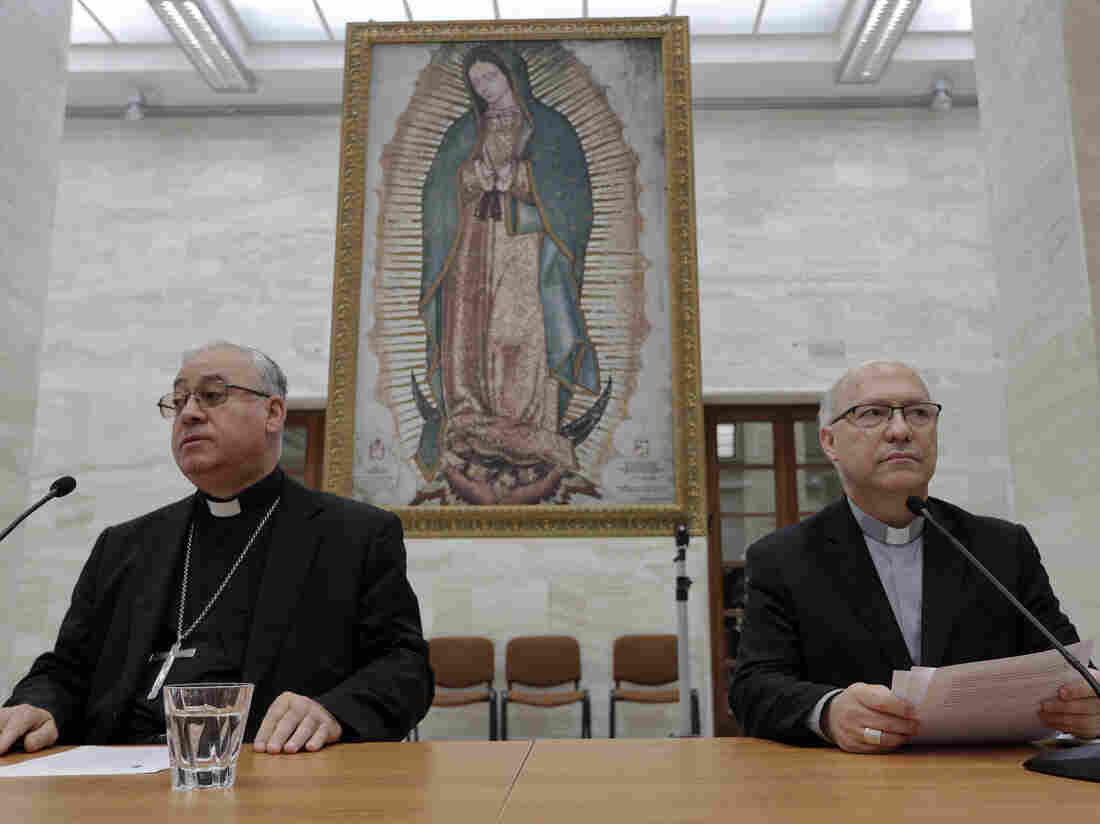 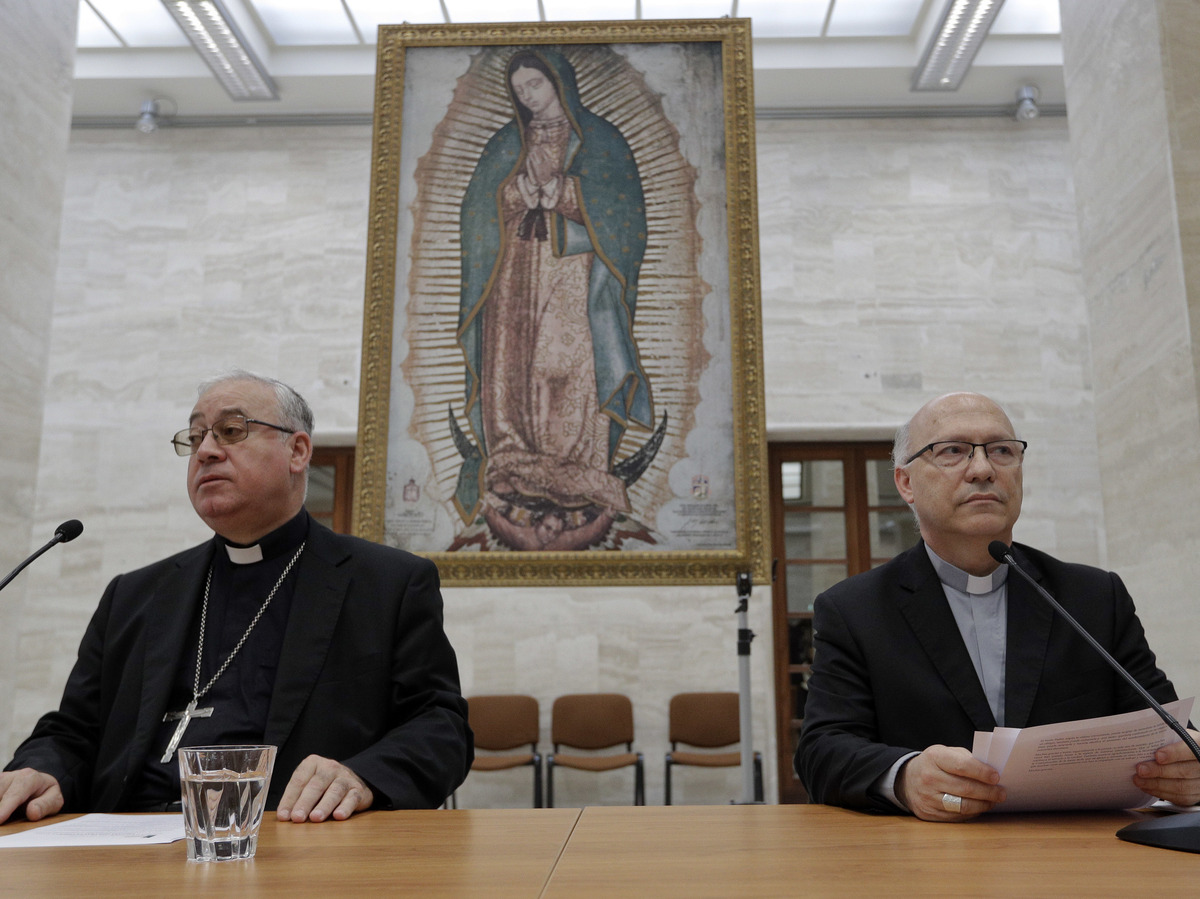 All 31 active bishops in Chile offered to resign Friday, following a meeting that Pope Francis called to examine the Chilean clergy's failure to protect children from pedophiles.

The bishops started the conference by thanking the pope for his "brotherly correction" and the victims of sexual abuse for their bravery and perseverance in coming forward. Their statement was read aloud to the press in Spanish and Italian.

"We want to ask forgiveness for the pain we caused victims, the pope, the people of God and our country for the grave errors and omissions that we committed," they said.

"We want to announce that all bishops present in Rome, in writing, have placed our positions in the Holy Father's hands so that he may freely decide regarding each one of us."

It was not immediately clear whether the Pope had accepted the bishops' resignations. He could delay, accept or reject their offer, and the bishops will stay in their jobs until he acts.

Sexual abuse of minors among clergy in the Latin American country stems back decades and has left countless adult survivors with harrowing stories.

The Argentine-born pope summoned the bishops to Rome to discuss how leadership had handled such scandals.

Earlier this year, Francis himself drew widespread condemnation for waving away the accounts of sexual abuse survivors. They had said that a bishop, who Francis appointed, was complicit in his mentor's molestation of minors.

"The day they bring me proof against Bishop Barros, I'll speak," Francis said. He later apologized and acknowledged "serious mistakes" in his judgment of the situation. He also called upon Maltese Bishop Charles Scicluna to investigate.

That resulted in a 2,300-page report based on dozens of witness testimonies and informed the pope's meeting this week with the Chilean bishops.

The pope handed each man a letter that described how "something is wrong with the ecclesial body." In the footnotes, he cited findings from Scicluna's report, the entirety of which has not become public.

Francis said he was "perplexed and ashamed" by proof that church officials destroyed evidence of abuse, revealing "an absolute lack of respect for the canonical procedure."

The rebuke was leaked this week by Chilean news channel Tele 13, the National Catholic Reporter reported. Revelations that the bishops could be involved in cover-ups incited rage in the public and calls for resignation mounted.

"We want to re-establish justice and contribute to the reparation of the damage we caused," the bishops stated Friday. Several retired bishops also were at the meeting.

After 5 Years As Pope, Francis' Charismatic Image Has Taken Some Hits

One survivor who had been molested by a Chilean priest in his youth, Juan Carlos Cruz, was delighted with the announcement, tweeting, "I'm very excited about all this. It is good for our beloved country, for so many people who have suffered from corrupt and deceitful bishops."

The decision is a "long overdue housecleaning" that will deter complicit church leaders, said BishopAccountability, a U.S.-based nonprofit that tracks allegations of abuse against Catholic clergy worldwide.

In a statement, the group said, "The en masse resignation of the Chilean episcopacy is as stunning as it is necessary. Let's hope Pope Francis accepts all of the resignations and begins to re-build this profoundly corrupt church. Many Chilean children will be spared the horror of abuse. Many victims who are still silent will come forward and find healing."