Accessibility links
Kenya's Crackdown On Fake News Raises Questions About Press Freedom : The Two-Way The law allows for a fine of up to $50,000, two years of jail time, or both, to be imposed on any person who intentionally publishes false information. 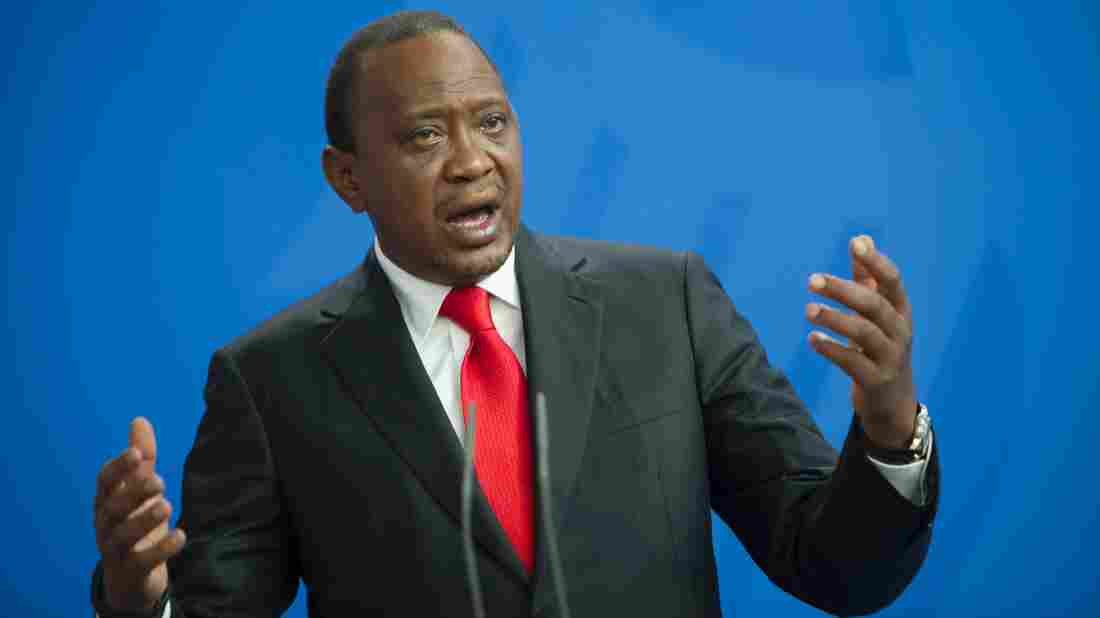 Kenyan President Uhuru Kenyatta, pictured here in Berlin in April, has signed into law a bill that criminalizes cyberbullying and the spread of misinformation. Steffi Loos/AFP/Getty Images hide caption 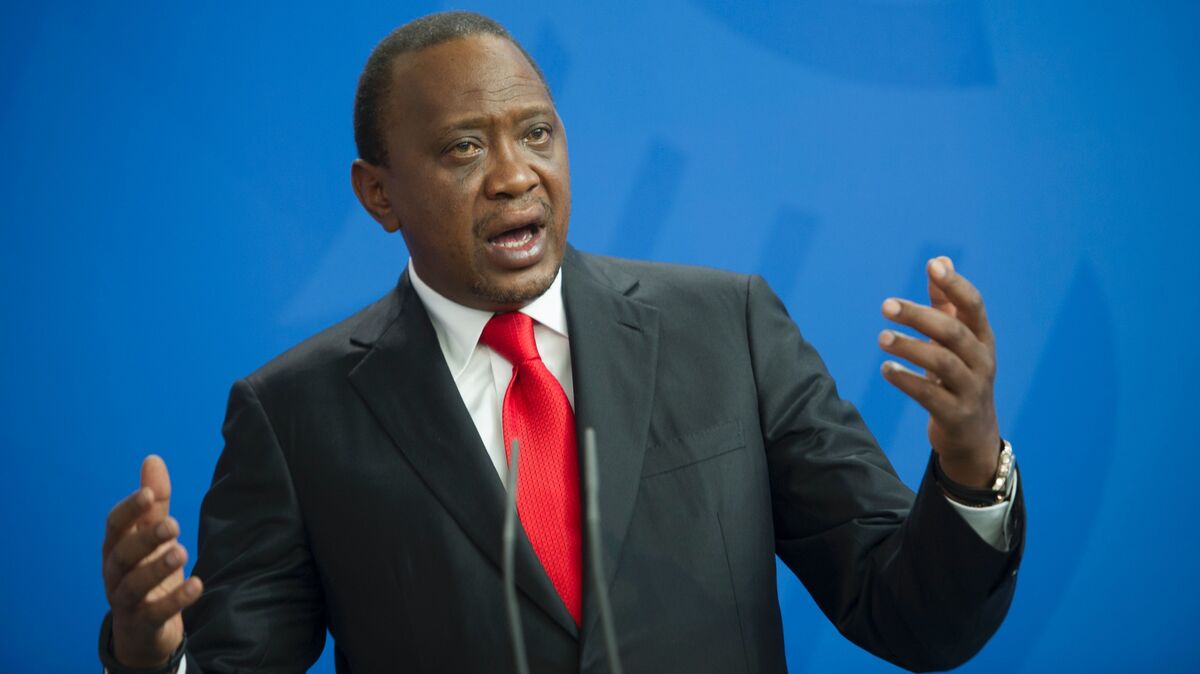 Kenyan President Uhuru Kenyatta, pictured here in Berlin in April, has signed into law a bill that criminalizes cyberbullying and the spread of misinformation.

Kenya's President, Uhuru Kenyatta, has signed into law a bill that criminalizes abuse on social media and the spread of false information. According to Reuters, the bill allows for a fine of up to $50,000, two years of jail time, or both, to be imposed on any person who intentionally publishes false information.

The act, according to a statement posted on the president's official website on Wednesday, "provides for timely and effective detection, prohibition, prevention, response, investigation and prosecution of computer and cybercrimes." It is called the Computer Misuse and Cybercrimes Act 2018, and its scope is large: The bill covers activity from cyber-bullying to child pornography, false publications and illegal monitoring of data.

The full text of the bill is not yet available on the parliament of Kenya's website, but the official transcript of debate on the bill during an afternoon session on April 26 is. During that session, Aden Bare Duale, the Majority Leader of the National Assembly of Kenya, spoke in support of the bill:

"This Bill will deal with those people who create fake news ... This law will deal [sic] all the fraud that is taking place in the financial sector. This Bill will deal with all those who use technology to radicalise and recruit our youngsters into terrorism. I am sure that the famous bloggers are watching me. You have three or four days to do whatever you want before the law comes into effect. We want the social media to be used very responsibly. It is a very integral part of the society when it is used responsibly."

After the bill was passed by Kenya's National Assembly, the Committee to Protect Journalists issued a statement urging Kenyatta not to sign it into law. Apollo Mboya, former chief executive of the Law Society of Kenya, told the CPJ that the parts of the law that criminalize the spread of false information would also leave room for the Kenyan government to target journalists it disagrees with.

Article 19, a British organization that focuses on defending freedom of expression, also expressed concern with the bill. Henry Maina, the director of the organization's Eastern Africa division issued the following statement:

"Laws criminalising 'false news' are extremely problematic and are frequently subject to abuse by the authorities due to the power they give the authorities to determine 'truth'. Kenyan courts have found that criminal laws which do not state explicitly and definitely what conduct is punishable are void for vagueness, which is a clear issue with these provisions."

The passage of the Computer Misuse and Cybercrimes Act is the latest in a series of developments surrounding press freedom in Kenya, which is still recovering from a tense election.

The country had to hold two highly-disputed elections before Kenyatta could begin his second term as president. The first election, which Kenyatta won, was nullified by Kenya's supreme court. Prior to a second election, the Kenyan government banned demonstrations in the country's major cities. The government later reversed the ban after a declaration by Kenya's High Court. Kenyatta won the second election, and he was sworn in for this term in November of 2017. The election process was marked by months of violence.

In February, NPR's Eyder Peralta reported that the Kenyan government turned off three major independent TV stations before opposition leader Raila Odinga held a large unofficial ceremony to swear himself in as the "people's president." Peralta said many didn't expect such a media crackdown:

"The media crackdown has taken Kenya and the world by surprise. The East African powerhouse ushered in a new constitution in 2010 that is considered one of the most progressive in Africa.

"It solidified many of the democratic reforms the country made since the authoritarian regime of Daniel Arap Moi ended in 2002. It guarantees freedom of speech, assembly and the press.

" 'Kenya has really been one of the beacons on the continent for media freedom,' says Angela Quintal, the Africa program coordinator for the Committee to Protect Journalists. 'So when you see this and you see other actions by the government, you see a deterioration of that space and it's eroding Kenya's status as a leader on African press freedom.' "

According to Reuters, Tanzania and Uganda are also in the midst of debates about the regulation of online activity and social media. Earlier this month, after the Tanzanian government issued an order requiring online platforms be registered, bloggers and activists won a temporary court injunction against it. And last month in Uganda, the government issued a new tax on social media use.