Accessibility links
Ohio Police Help Man Who Was Being Followed Home By A Pig : The Two-Way The North Ridgeville Police Department received a call early Saturday morning from what they thought was an "obviously drunk guy." Turns out, the pig just wanted to be petted. 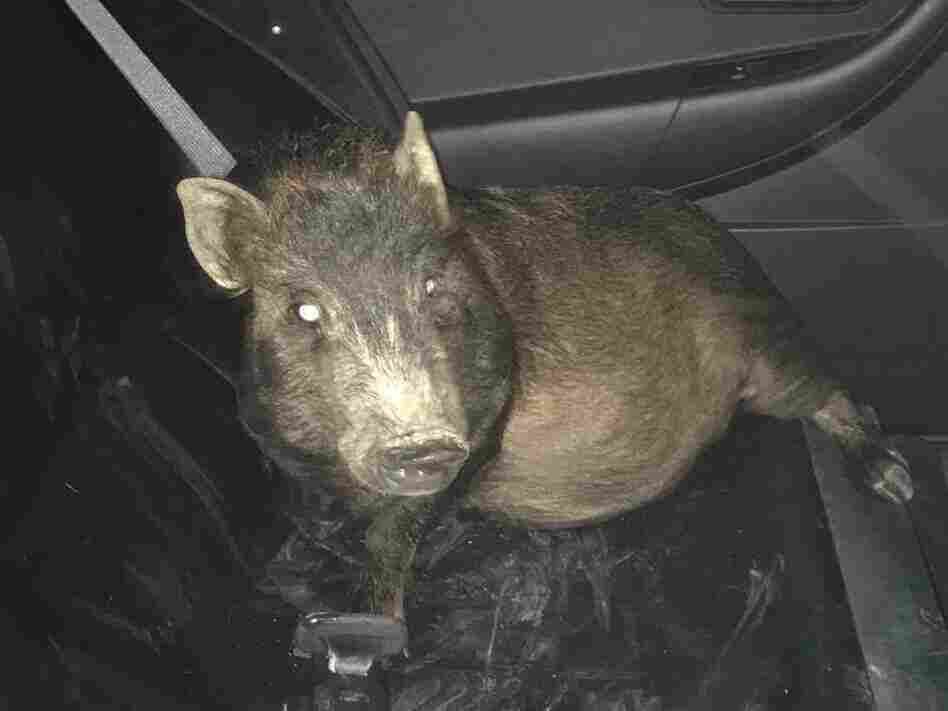 This pig was following a man in Ohio as he walked home. Police thought the man was "obviously drunk," until they saw for themselves. North Ridgeville Police Department /Facebook hide caption 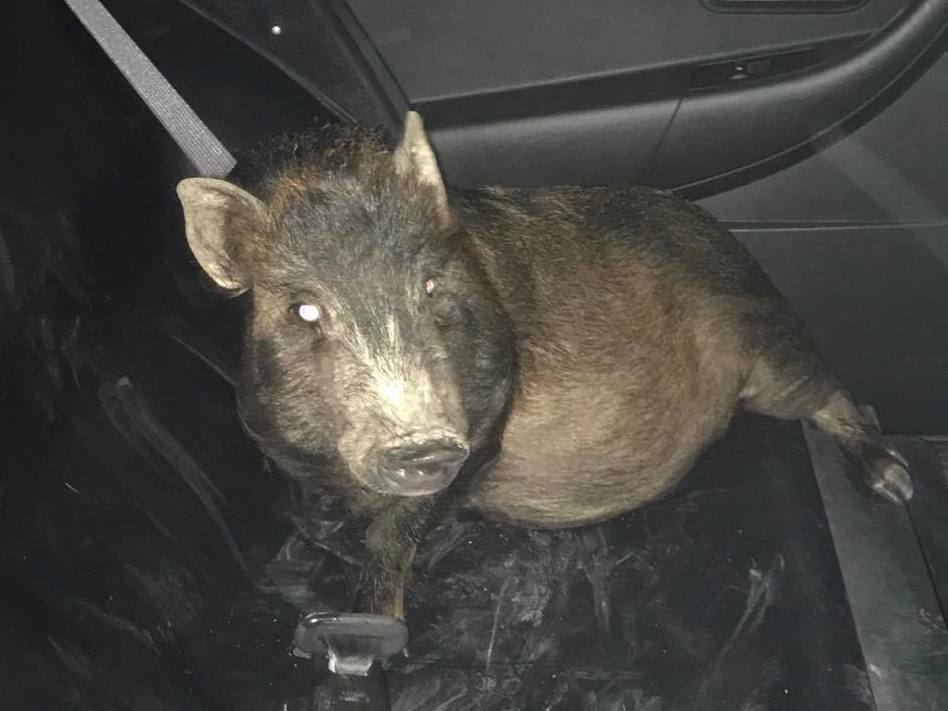 This pig was following a man in Ohio as he walked home. Police thought the man was "obviously drunk," until they saw for themselves.

About 5 a.m. on Saturday, a police department in Ohio got an unusual call. A man reported that he was being followed home by a pig.

The North Ridgeville Police Department was skeptical and assumed the man had been drinking. "Night shift responded to the obviously drunk guy walking home from the bar at 5:26 in the morning," the police wrote in a Facebook post that has been shared nearly 15,000 times. "He was at least drunk enough to call the police on himself while hallucinating."

But when the patrol officers arrived, they found "a very sober male" traveling on foot, and he had cloven-hoofed company.

"The pig was nudging the person and wanted to be petted," Operations Officer Capt. Marti Garrow told NPR.

An officer had to chase the pig around a little to wrangle it into the cruiser, Garrow said. Then the animal was placed into a dog kennel until it was reunited with its owner some three hours later.

The pig's name is Zoey, and the animal weighs about 50 pounds.

"Also, we will mention the irony of the pig in a police car now so that anyone that thinks they're funny is actually unoriginal and trying too hard," the police said on social media.