Accessibility links
Mexican Presidential Hopefuls Debate Relations With Trump And U.S. : The Two-Way In the second of three debates ahead of July 1 elections, four candidates vying for the presidency talked about relations with Washington and how to deal with the U.S. president. 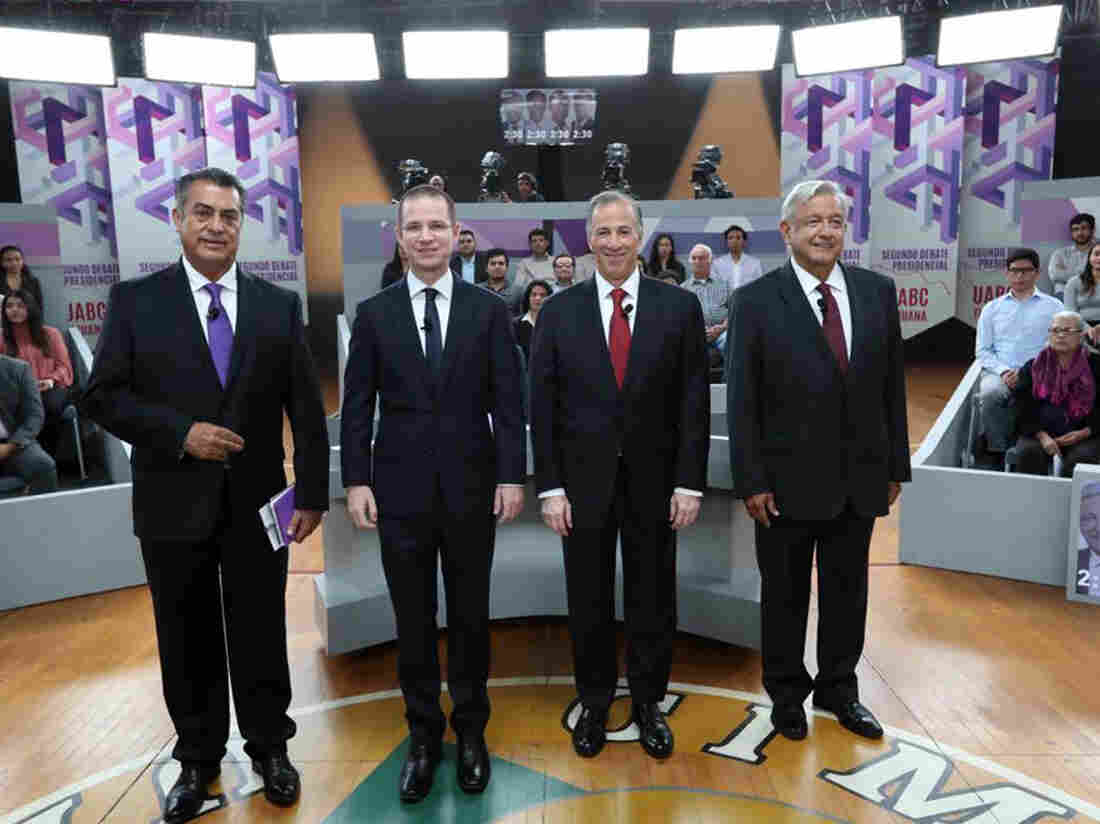 In this photo released by the National Electoral Institute (INE), presidential candidates ( from left) independent Jaime Rodriguez, known as "El Bronco," Ricardo Anaya of the Forward for Mexico Coalition, Jose Antonio Meade, of the Institutional Revolutionary Party, and Andres Manuel Lopez Obrador, with the MORENA party, attend the second of three debates in Tijuana, Mexico, on Sunday. AP hide caption 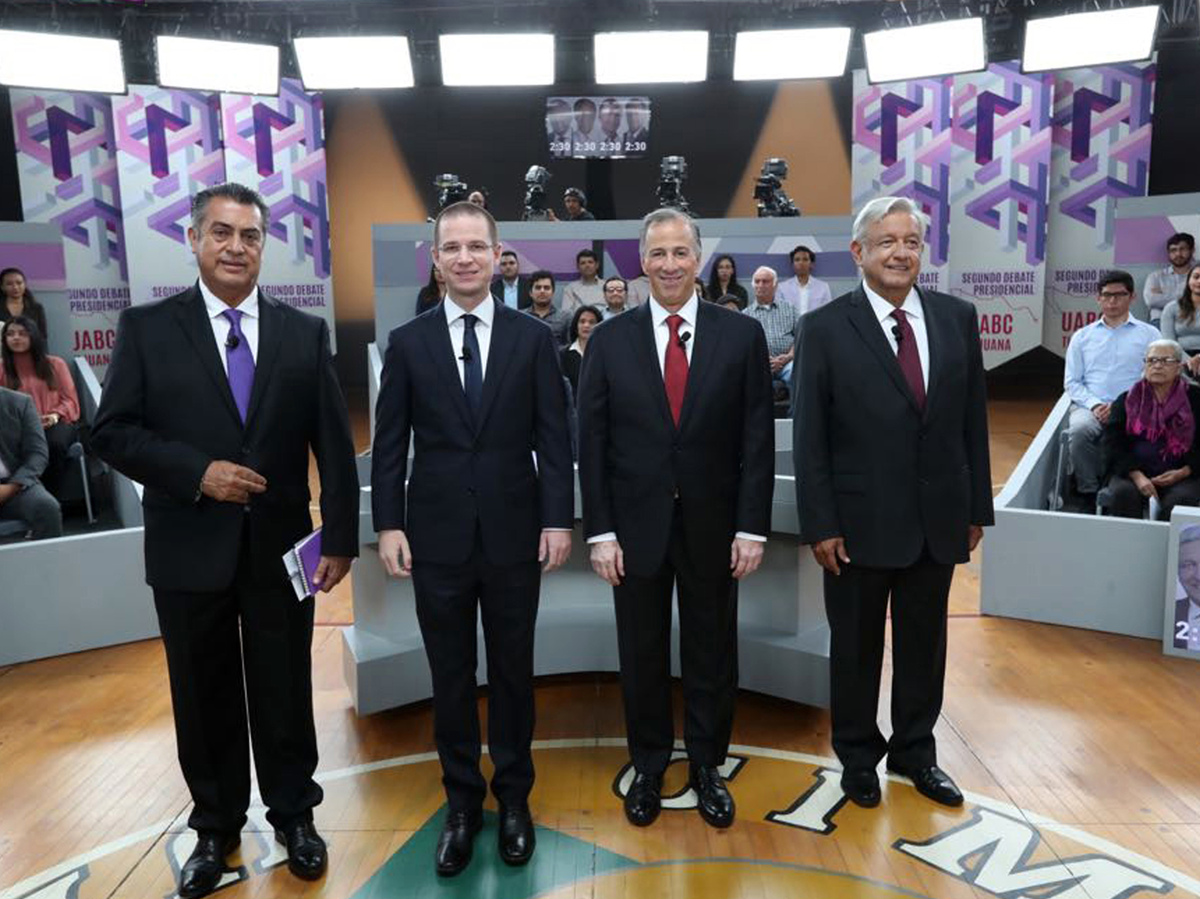 In this photo released by the National Electoral Institute (INE), presidential candidates ( from left) independent Jaime Rodriguez, known as "El Bronco," Ricardo Anaya of the Forward for Mexico Coalition, Jose Antonio Meade, of the Institutional Revolutionary Party, and Andres Manuel Lopez Obrador, with the MORENA party, attend the second of three debates in Tijuana, Mexico, on Sunday.

President Trump has had a lot to say about Mexico, and in a debate on Sunday, Mexican presidential candidates had some things to say about him.

In fact, Trump and relations with the U.S. dominated the discussion in the second of three debates featuring four candidates vying for the Mexican presidency in July 1 elections.

The debate comes as Trump has thrown into doubt the future of the North American Free-Trade Agreement after setting the tone on the campaign trail by calling Mexican migrants to the U.S. "rapists" and criminals and insisting on a southern border wall that he insisted Mexico would get the bill for.

On Sunday, Reuters reports, "The debate, focused principally on trade, migrants, the Mexico-U.S. border and the fight against criminal gangs, drew several rebukes of [Trump], whose broadsides against Mexico have stirred widespread animosity."

Time Is Running Out To Complete NAFTA Renegotiation This Year

The Dallas Morning News writes, "At play is whether Mexico will discard the neoliberal economic model it has shared with the United States for more than 20 years, the same one that Trump now rails against and that the leading Mexican presidential candidate questions with ominous warnings. The model, framed around the 1994 North American Free Trade Agreement, has served as a catalyst for deeper integration between the U.S. and Mexico, locking the two not just economically and culturally but also ushering in unprecedented cooperation on matters of security."

Leftist candidate Andres Manuel Lopez Obrador, who has a 20 percentage point lead over his closest rival in opinion polls, decided to play it safe, despite remarks he made on Friday that as president, he would be quick to answer any insult from Trump. "If he makes an offensive tweet, I'm going to take responsibility for answering him," Lopez Obrador, a former Mexico City mayor said.

However, on Sunday, he took the most conciliatory stand of the candidates even as he was careful to suggest he would be no pushover in relations with Washington.

"I want a friendly relationship with the government of the United States, but not one of subordination," he said. "Mexico is a free country, it is a sovereign nation. We will not be subject to any foreign government."

Lopez Obrador also said he would propose that Mexico, the United States, Canada and Central America form an "alliance for progress" to promote peace and economic growth in the region.

Ricardo Anaya, 39, who heads a right-left coalition and is Lopez Obrador's closest challenger crossed the stage to address his rival face-to-face in a move that seemed aimed at throwing Lopez Obrador off his game. Anaya said Mexico needed to be more assertive with the U.S. because "they need us a lot," to enforce security on the southern border.

Independent Jaime "El Bronco" Rodriguez said of the United States that Mexico needs "to put them in their place."

Last week, Fox tweeted to Trump, "You've got to get your (expletive) together. Migrants are people who have left everything behind—not by choice, to pursue a better life. You must show compassion and humanity."