Accessibility links
Syrian Military Retakes Full Control Of Damascus : The Two-Way The army said it captured two ISIS strongholds. And after a series of surrenders in rebel-held areas, Assad's government is regaining power in the country. 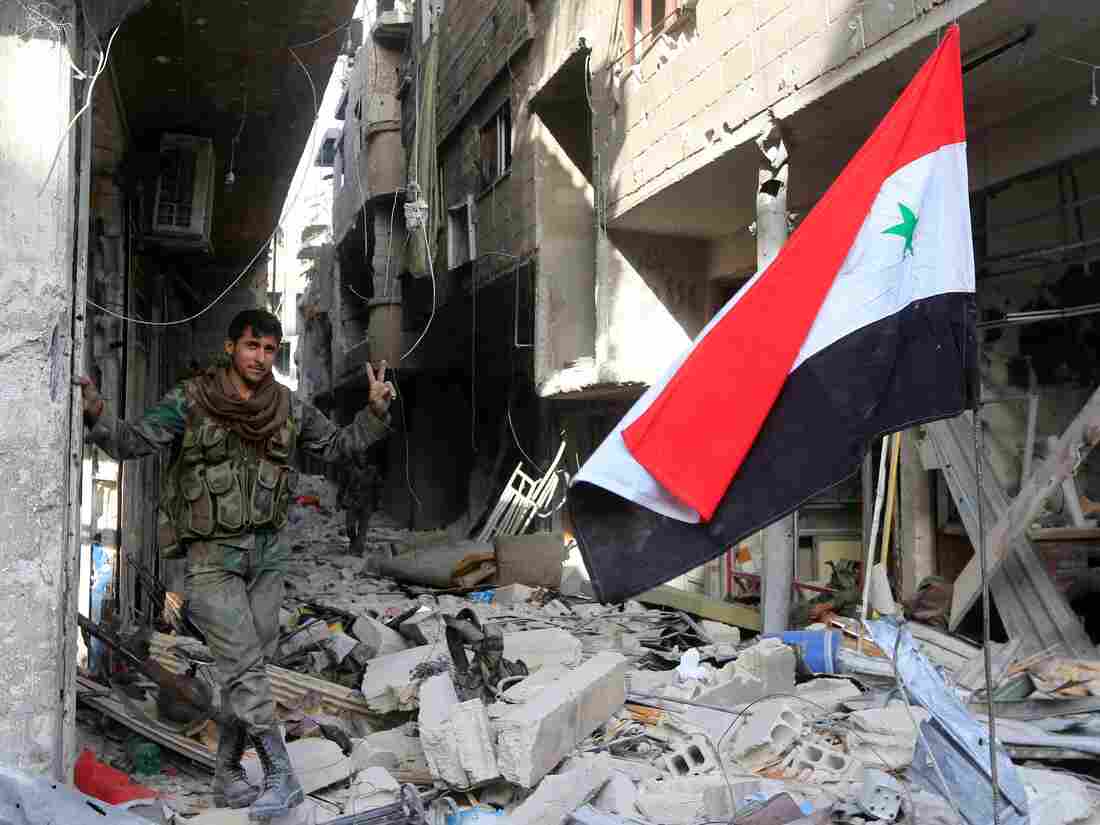 A member of the Syrian government forces stands at the entrance of Yarmouk refugee camp on Monday, the day that the military announced it had full control of Damascus and its outskirts. Louai Beshara/AFP/Getty Images hide caption 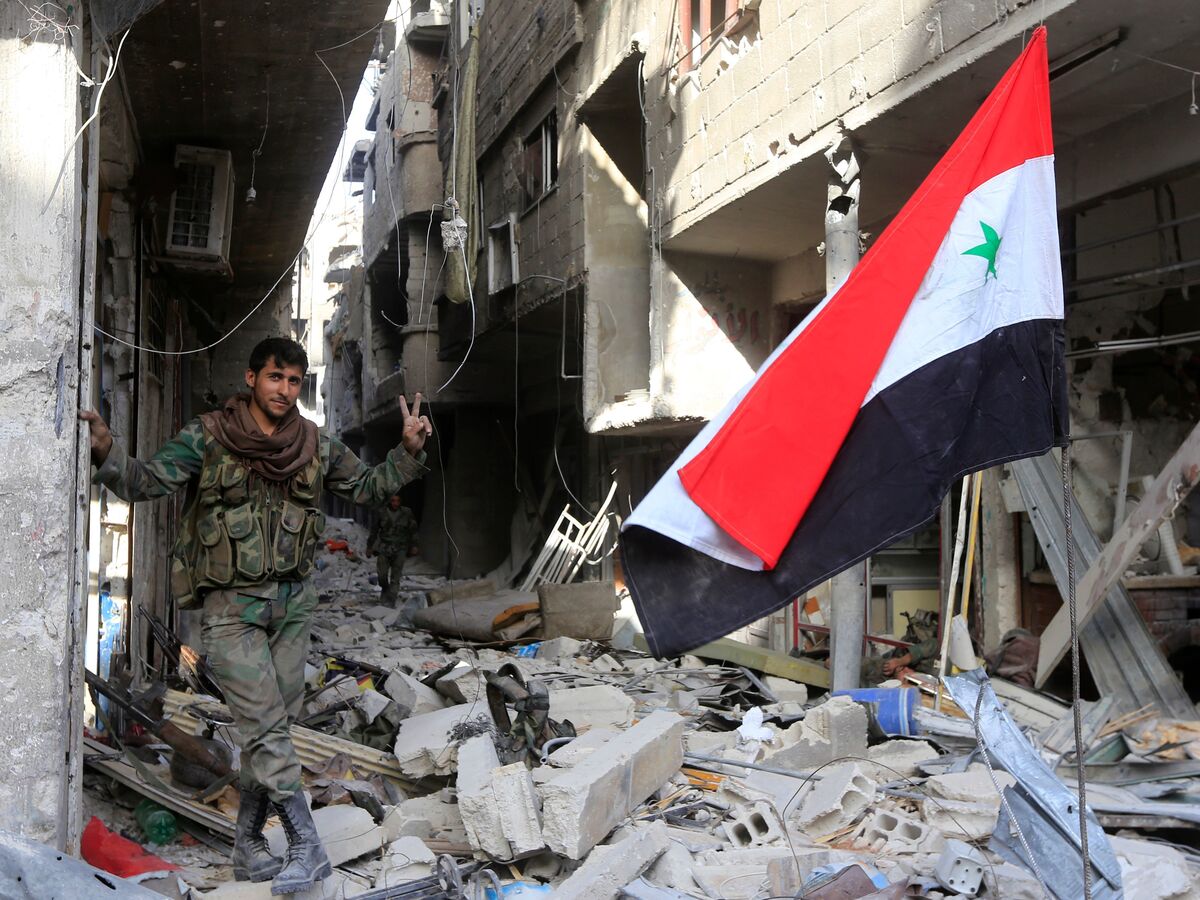 A member of the Syrian government forces stands at the entrance of Yarmouk refugee camp on Monday, the day that the military announced it had full control of Damascus and its outskirts.

Syria's military announced Monday that it cleared Damascus and its suburbs of the last elements of the Islamic state militant group, ISIS.

According to government reports, the Syrian army had driven ISIS out of the rebel group's last remaining strongholds in southern Damascus; this marks the first time that President Bashar al-Assad's government has total control of the capital since the rebellion began in 2011.

Syrian state TV broadcast footage of tanks rolling through a shattered neighborhood once held by rebels, as government troops waved the national flag. Army Gen. Ali Mayhoub announced that military operations in and around the capital had been a success and that the area is "completely secure" after the army captured former ISIS strongholds of Yarmouk refugee camp and the Hajar al-Aswad district south of the capital.

The Syrian Observatory for Human Rights, a U.K.-based monitoring group downplayed the military victory, saying that it was a "secret agreement" between the government and ISIS that allowed the rebels to depart.

The organization claimed that ISIS fighters and their families boarded "some 32 buses that carried out about 1600 people aboard" and that they were driven toward the Syrian Desert.

Syrian state media denied there was a deal to evacuate fighters, according to the Associated Press, which quoted one military official as saying that a two-day truce had been arranged to evacuate women, children and the elderly on Sunday night from Hajar al-Aswad.

Amy Austin Holmes, a fellow at the Woodrow Wilson Center, told NPR that this was an historic day for Assad's government. "The regime has been saying for some time now that they want to take back all of Syria. This is just one more step toward accomplishing that goal."

She added, "Whether it will be able to retake all area currently under Kurdish control, that is a whole other question."

With support from Russia and Iran, Syrian forces have made sweeping victories in territories controlled by the opposition. The spring saw thousands of rebel fighters surrender and board crammed buses out of eastern Ghouta, a suburb of Damascus, following weeks of bombardment.

In April, the Syrian army took control of at least two villages from the U.S.-backed Syrian Democratic Forces east of the Euphrates River, near the border with Iraq where Kurdish forces had control.

In 2016, government forces enjoyed their biggest victory, capturing neighborhoods in Aleppo that rebels had controlled for years. As Syria's largest city, Aleppo was considered "the heart of the revolution."

More than 5.6 million people have fled the war-torn country since the civil war started and 6.6 are internally displaced.