Accessibility links
Crowdfunders Left Hanging By 3D Headphone Startup's Abrupt Closure : The Two-Way "To fail at the five-yard line is a tragedy," the company said in a statement. More than 10,000 people had shelled out $200 or more for Ossic X headphones on Kickstarter and Indiegogo. 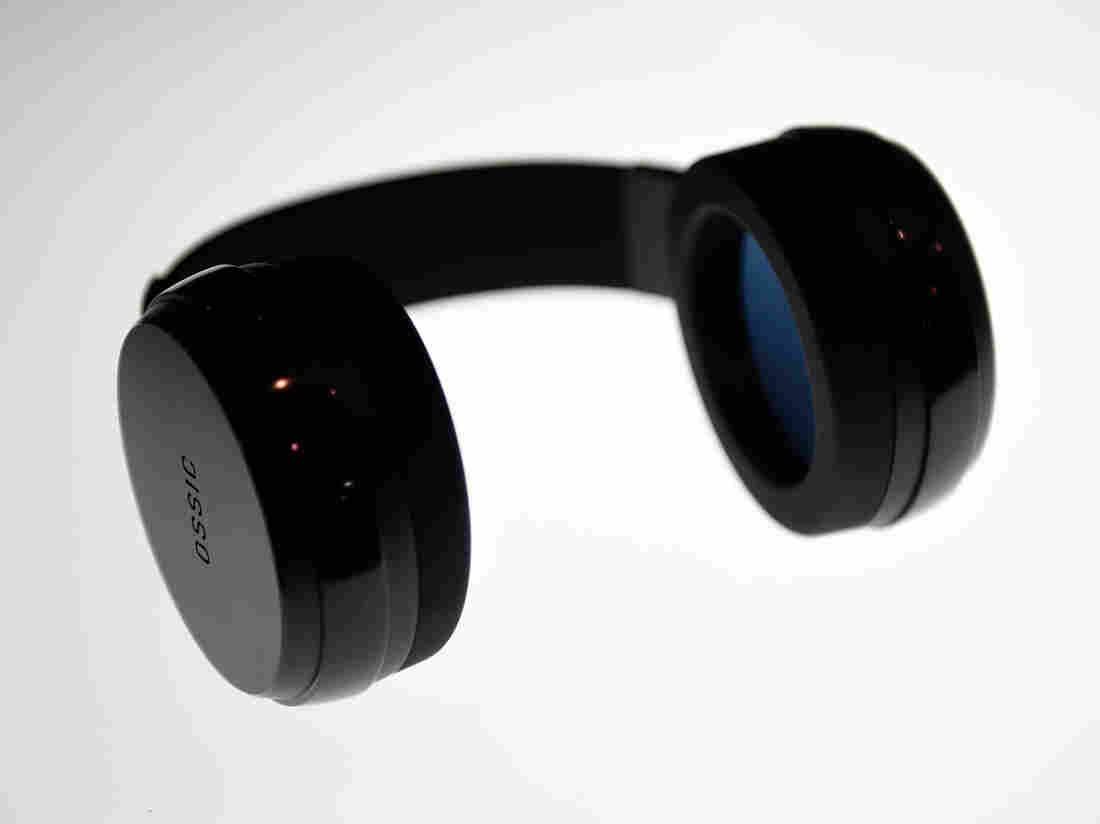 Headphone company Ossic announced Saturday it was shutting down, having delivered just 250 of the 10,000 pairs of virtual reality headphones that its backers had crowdfunded. David Becker/Getty Images hide caption 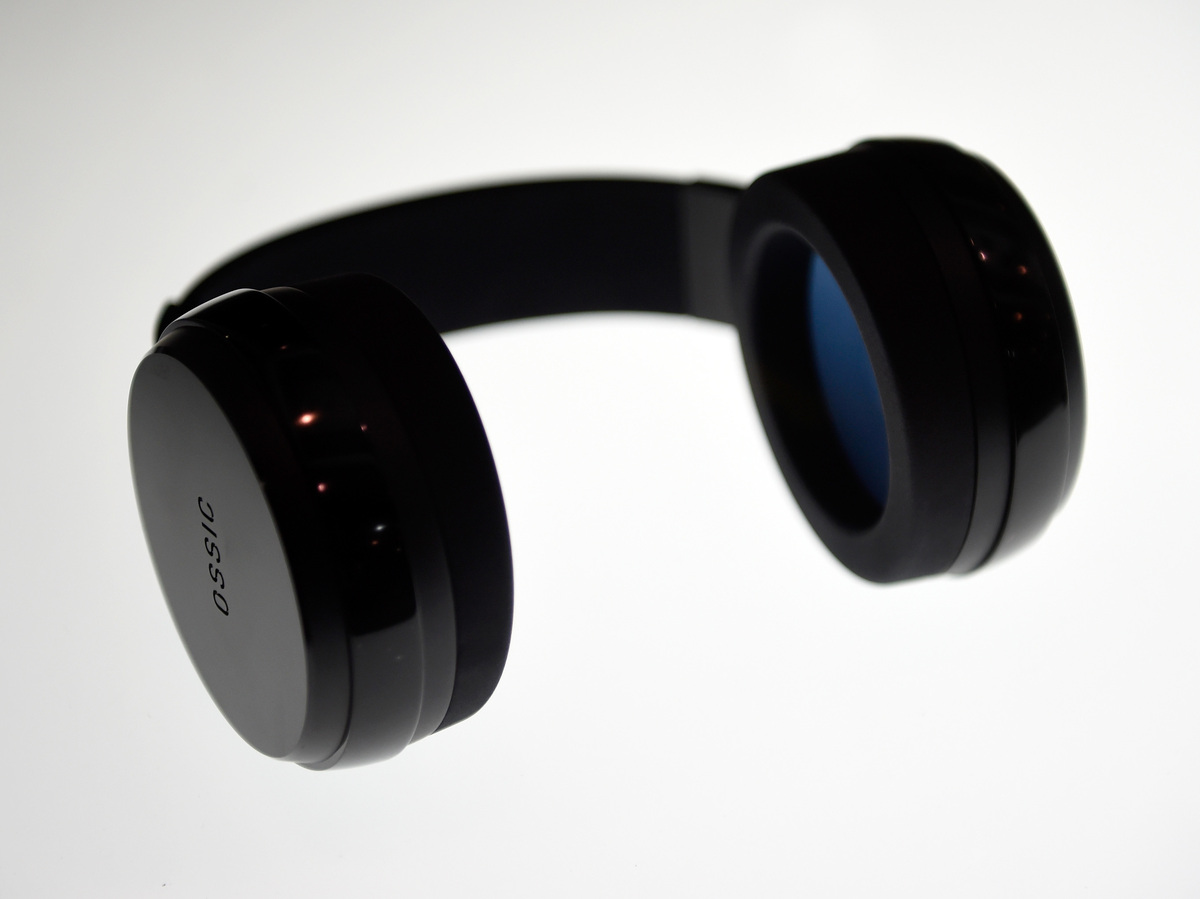 Headphone company Ossic announced Saturday it was shutting down, having delivered just 250 of the 10,000 pairs of virtual reality headphones that its backers had crowdfunded.

A California startup that sought to revolutionize audio headphones, promising personalized devices that would produce sound "indistinguishable from reality," has found that raising interest among investors was easier than delivering the goods.

Ossic raised more than $3.2 million in crowdfunding for its Ossic X, which it touted as the "first 3D audio headphones calibrated to you."

But after delivering devices to only about 80 investors who'd paid at least $999 to for the "Developer/Innovator" rewards level on Kickstarter, Ossic announced Saturday it had run out of money — leaving the more than 10,000 other backers with nothing but lighter wallets.

"This was obviously not our desired outcome," the company said in a statement. "To fail at the five-yard line is a tragedy. We are extremely sorry that we cannot deliver your product and want you to know that the team has done everything possible including investing our own savings and working without salary to exhaust all possibilities."

Ossic, which The San Diego Union-Tribune notes was founded by former Logitech engineers Jason Riggs and Joy Lyons, had excited gamers, audiophiles and other sound consumers by creating headphones that used advanced 3D audio algorithms, head-tracking technology and individual anatomy calibration to "deliver incredibly accurate 3D sound to your ears," according to its funding campaign on Kickstarter.

In Its First Crowdfunding Case, FTC Goes After Board Game Kickstarter

States Tout Crowdfunding As The Future Of Private Investment

Aside from the amount of money lost, Ossic's collapse is unusual in another regard, Engadget reports:

"Crowdfunding project failures like this aren't unheard of, but it's frequently due to a lack of significant outside funding. That wasn't the case here. Rather, the shutdown reflects another common problem with crowdfunded startups: many of them don't anticipate all the costs of bringing their product to market."

The company said the crowdfunding represented about half its total funding, with seed investment accounting for the rest. The headphones also garnered a number of honors, including a CES Best of Innovations award, and rave reviews.

"Plop the Ossic X on your head and it instantly calibrates to the size of your head and ears, tracking your head position relative to the objects you're hearing and dynamically aligning eight drivers that work together to play sounds in a way that's tailored to your individual ear shapes. Adios, one-size-fits-all audio," wrote a PCWorld editor in January 2017. "It's hard to accurately convey on paper. But in person, it's amazing."

A year later, the San Diego-based firm posted a triumphant note to its backers.

"Today we're excited to announce we've hit a major milestone — the shipment of the initial Kickstarter units. All of the Developer/Innovator backers ($999 tier) will be receiving their Developer Units soon, if they haven't already."

In filings with the SEC in February 2018, Ossic estimated that the company was worth $20 million. An independent accountant's report included in the filing said Ossic's ability to continue was uncertain, noting it had yet to generate revenue and sustained net losses of nearly $4 million in 2016. In late April, Ossic withdrew the offering statement.

Supporters, who'd paid at least $199 for the headphones, grew anxious.

Kooky Kickstarters — Why They Succeed

"I'm starting to think I wasted my money on Ossic X," wrote one last month. "Please Ossic, prove me wrong. At least post an update. 4 months now and no update? What have you guys been doing for the last 4 months?? I'd love to hear about it."

Ossic said the cutting-edge features that drew investors turned out to be the same things that made the headphones prohibitively expensive to produce, requiring development of hardware, software, and an audio ecosystem. "What made this project so exciting, and ultimately ended up being its Achilles heel, was the complexity and scope," the company statement said.

NPR was unable to reach anyone at Ossic for comment Monday.

The failure of Ossic to deliver highlights the risks involved in backing an innovative tech product on a crowdfunding platform.

On its website, Kickstarter says it "does not guarantee projects or investigate a creator's ability to complete their project. On Kickstarter, backers ultimately decide the validity and worthiness of a project by whether they decide to fund it." Kickstarter keeps 5 percent of the funds raised for successful projects — about $135,000 on the Ossic campaign.

Indiegogo, which hosted an Ossic X campaign after the success of the Kickstarter one, takes an 8 percent fee on such encore projects – about $41,000 in this case.

A spokesman for Indiegogo said the crowdfunding platform was "reviewing" the Ossic campaign, and that while Indiegogo offers support services to entrepreneurs in areas like manufacturing and product design, "sometimes it's not enough."

Some disappointed backers have formed a Facebook group to discuss lodging a possible class action lawsuit against Ossic.

Indiegogo said another option is to send the campaign's owners to a third-party collection agency to try to recoup some of the funds – a process Indiegogo said it could facilitate.

"Well, there it is. 0/2 on kickstarter projects," wrote one apparent backer on Ossic's website. "I am disappointed, but not distraught (but also never kickstarting anything again). ... Either way, not a good look. I will always wonder if it was mismanagement of finances, scope creep, technical debt, or (insert startup failure buzzword here) that killed it."