Accessibility links
Australian Archbishop Found Guilty In Cover-Up Of Child Sex Abuse : The Two-Way Archbishop of Adelaide Philip Wilson faces up to two years in prison for concealing abuse after two altar boys approached him in the 1970s with allegations against a fellow priest. 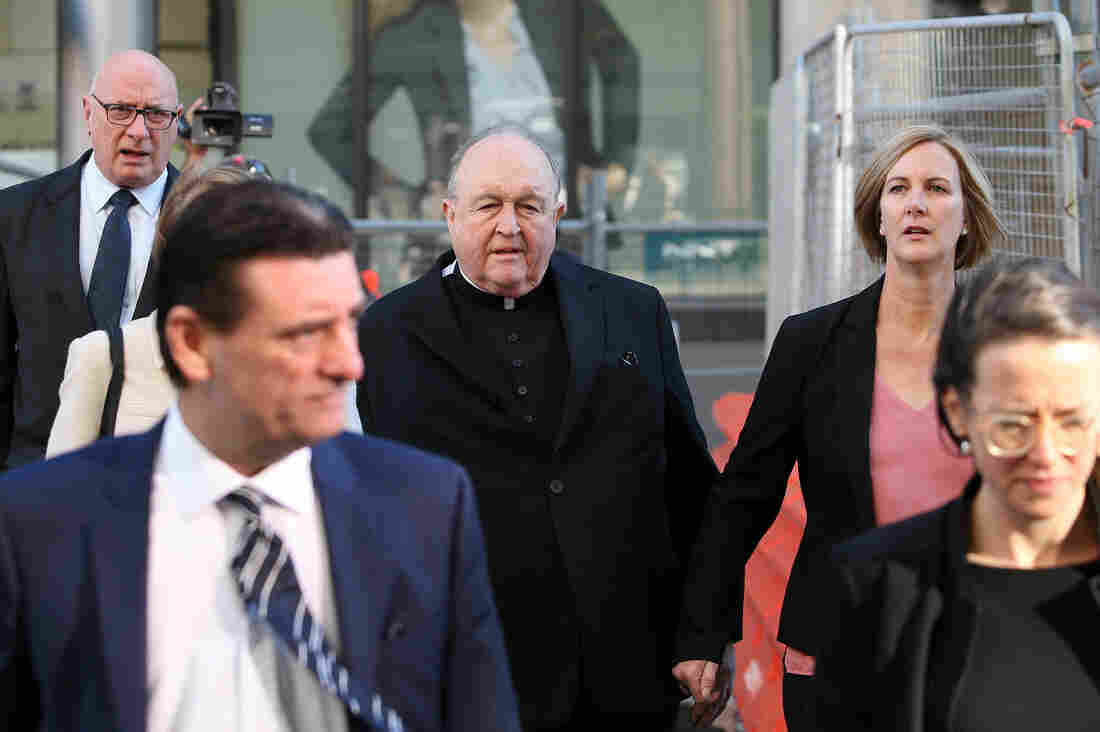 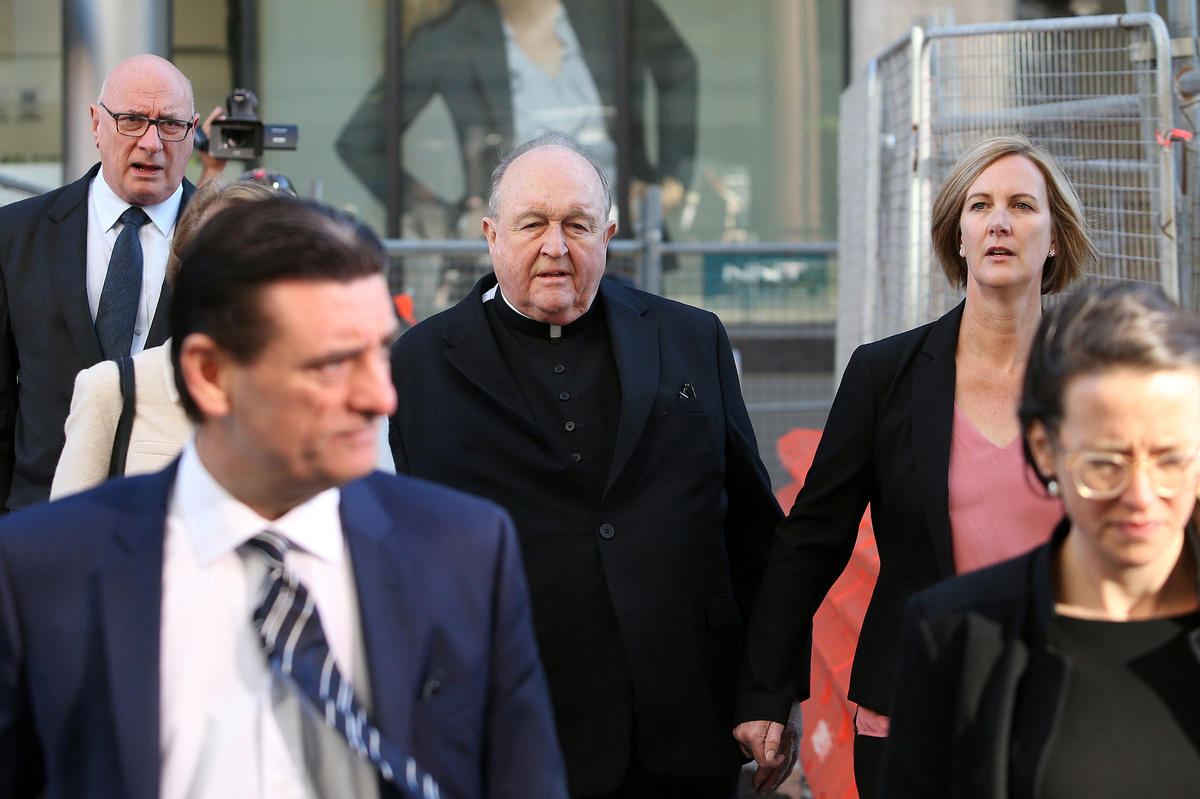 Archbishop of Adelaide Philip Wilson has been found guilty of concealing child sex abuse by a fellow priest that he first learned of in the 1970s.

Wilson, 67, the senior-most Catholic cleric ever to be charged with concealing abuse, has been diagnosed with early stage Alzheimer's disease. He denied under oath last month that two former altar boys told him of abuse by another priest, Father Jim Fletcher, in the 1970s, at a church in East Maitland, New South Wales. Fletcher, who was found guilty on multiple counts of sexual assault of boys in 2004, died of a stroke in jail two years later.

Wilson's verdict was handed down by Magistrate Robert Stone in Newcastle Local Court at the conclusion of the eight-day trial.

The archbishop showed no emotion as the verdict was read inside a packed courtroom, according to The Sydney Morning Herald.

Wilson's sentence is expected on June 19.

According to Australia's ABC, "As part of his defence, Wilson's legal team tried to argue that as child sexual abuse was not considered a serious crime in the 1970s, it was not worthy of being reported to authorities."

Outside the courtroom, abuse survivor Peter Gogarty said the verdict was one of the most significant in Australian history.

"On behalf of all of the victims — who have been abused in this country and elsewhere — I just want to say what an enormous relief it is that the people who let this happen are finally being brought to account," he told ABC.

The court's decision comes as Australia grapples with another high-level priest abuse case — Cardinal George Pell was ordered earlier this month to stand trial in Melbourne on charges involving allegations of abuse that date back decades.

In Wilson's trial, Peter Creigh, a former altar boy testified that in 1976 he told Wilson, then a junior priest in East Maitland, that Fletcher had abused him.

Prosecutors had to prove that Wilson should have remembered the conversations with Creigh — who was 15 when he first spoke with Wilson of the abuse five years before — and another altar boy, whose name has not been made public, at the time of Fletcher's trial in 2004, the Herald reports.

The Australian reports that "... it's alleged then Wilson should have had knowledge or belief that Mr Creigh was the victim of a serious offence committed by Fletcher, based on what he had been told in 1976."

Wilson said he had no recollection of the conversations. He told the court that if they did take place, he would have remembered it.

"I think it is unlikely because the nature of the evidence was so graphic," Wilson told the magistrate. "I don't think I would have forgotten that."

Wilson, asked by his lawyer if he had any suspicions about Fletcher at the time, said he had none.

Creigh testified that he believed Wilson would take action against Fletcher, but that nothing was done.

The magistrate said he did not accept that Wilson could not remember the conversations with the altar boys in the 1970s.

In an emailed statement to the media, Wilson said he was disappointed by the verdict and that he would consult his attorneys to decide a next step.

Amid worldwide allegations of long-standing abuse in the church, Australia last year published a landmark study of the problem in that country.

The far-reaching report, which took five years to complete, interviewed more than 8,000 people who shared their experiences of abuse and 2,500 cases were referred to police as a result.

Among its recommendations, the report said the church should lift its celibacy requirement for priests and be required to report evidence of abuse revealed in confession.