Accessibility links
10 Dead From Nipah Virus In Southern India : The Two-Way The disease, first seen in 1998 in Malaysia, has a particularly high mortality rate. Bats are suspected to have transmitted the virus in the most recent outbreak in India's southern state of Kerala. 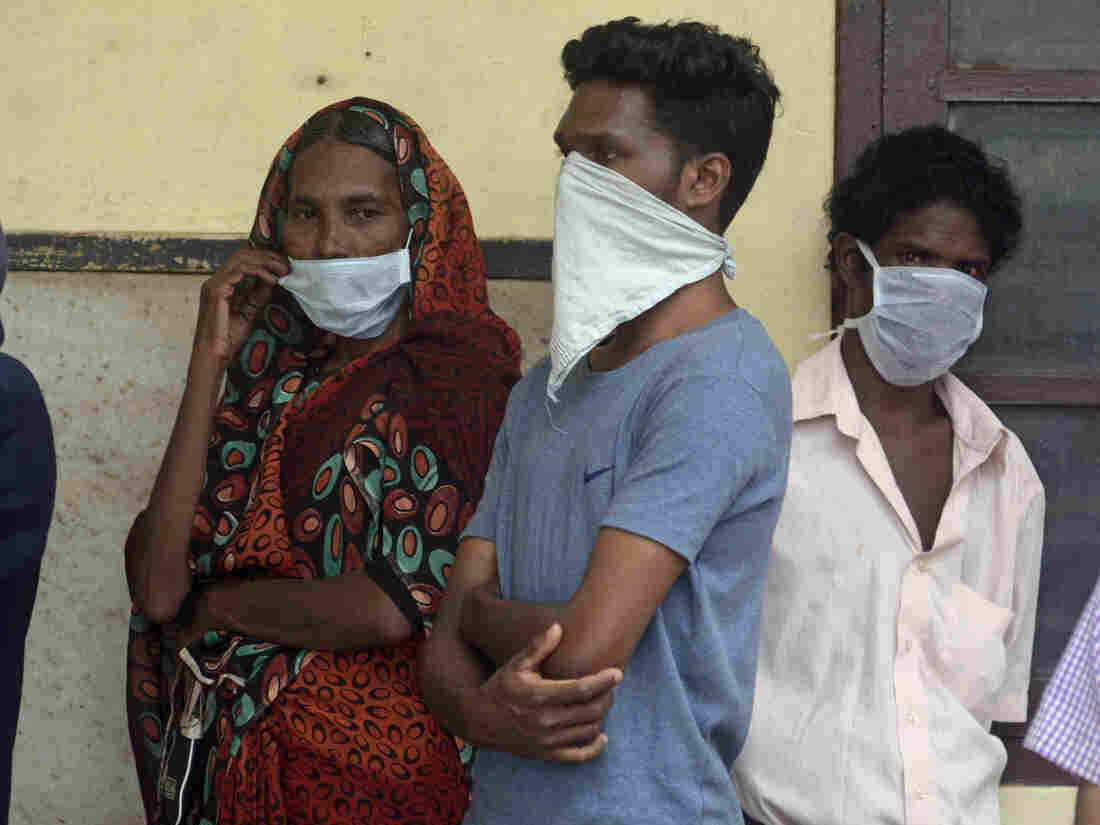 Indians standing in a line outside a hospital wear masks as a precautionary measure against the Nipah virus at the Government Medical College hospital in Kozhikode, in the southern Indian state of Kerala, on Monday. AP hide caption 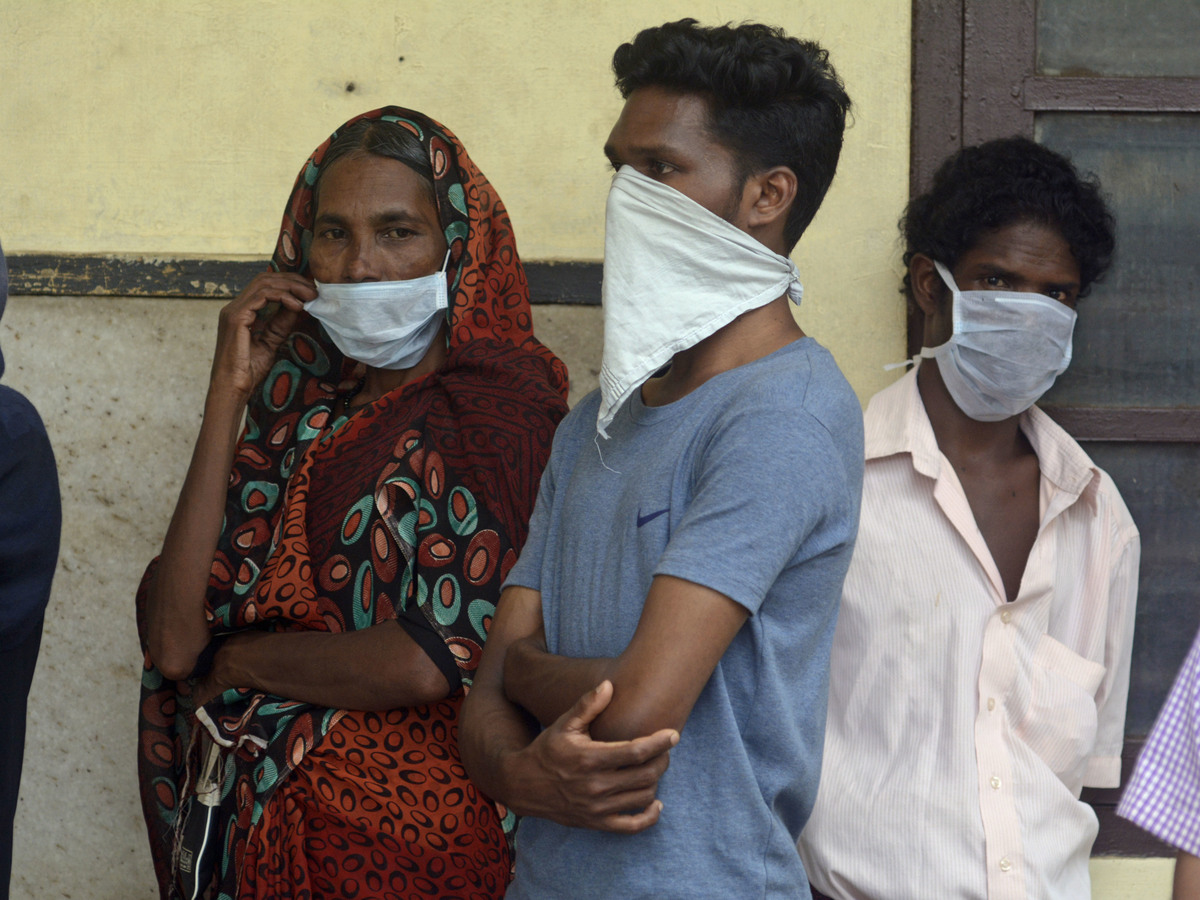 Indians standing in a line outside a hospital wear masks as a precautionary measure against the Nipah virus at the Government Medical College hospital in Kozhikode, in the southern Indian state of Kerala, on Monday.

At least 10 deaths in the southern Indian state of Kerala are being blamed on an outbreak of the Nipah virus – a disease thought to be transmitted by bats and other animals.

Kerala Health Minister K.K. Shylaja told reporters Tuesday that two other people are in critical condition from Nipah, which has a mortality rate ranging from 40 to 70 percent. There is no vaccine for the disease, which was first seen in Southeast Asia in 1998.

NDTV reports that the most recent outbreak is believed to have started in a family in Kozhikode on India's southwest coast.

"Officials say around 94 people have been quarantined inside their homes [and] some nine people are under surveillance in hospitals," the news organization writes.

NDTV quotes Shylaja as saying that no new cases have been reported in the last 24 hours and that "Of 18 samples tested for the virus, 12 were found positive."

The U.S.-based Centers for Disease Control and Prevention says, "Infection with Nipah virus is associated with encephalitis (inflammation of the brain). After exposure and an incubation period of 5 to 14 days, illness presents with 3-14 days of fever and headache, followed by drowsiness, disorientation and mental confusion. These signs and symptoms can progress to coma within 24-48 hours."

The World Health Organization says Nipah, also known as NiV, "was first identified during an outbreak of disease that took place in Kampung Sungai Nipah, Malaysia in 1998. On this occasion, pigs were the intermediate hosts. However, in subsequent NiV outbreaks, there were no intermediate hosts. In Bangladesh in 2004, humans became infected with NiV as a result of consuming date palm sap that had been contaminated by infected fruit bats. Human-to-human transmission has also been documented, including in a hospital setting in India."

Accorinding to The Hindu, "G. Arun Kumar of the Manipal Academy of Virus Research, who visited the area on Sunday, said the source of the infection might be the bats found in a well on the house premises of the deceased. They have been captured with the help of veterinary and wildlife experts and sent for detailed tests."