Accessibility links
Paige Patterson, Head Of Southern Baptist Seminary, Ousted Over Remarks On Rape, Abuse Of Women : The Two-Way Paige Patterson has been under fire for past counsel to women of abuse to simply pray for their husbands. On Tuesday, a new allegation surfaced that he had advised a student not to report a rape. 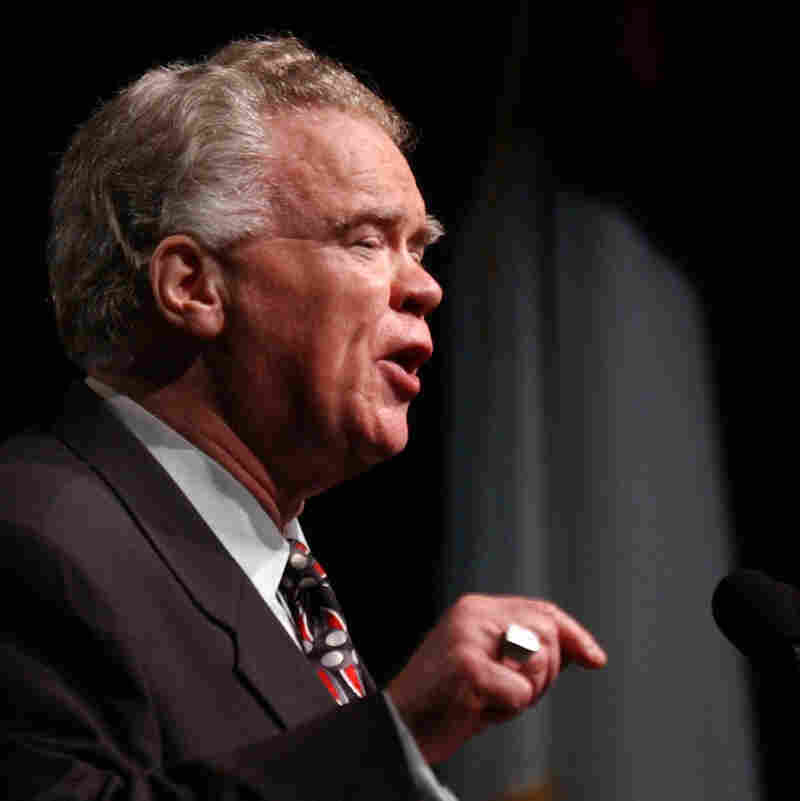 Paige Patterson, president of the Southwestern Baptist Theological Seminary in Fort Worth, Texas, speaks at a meeting in Indianapolis in 2004. Tom Strickland/AP hide caption 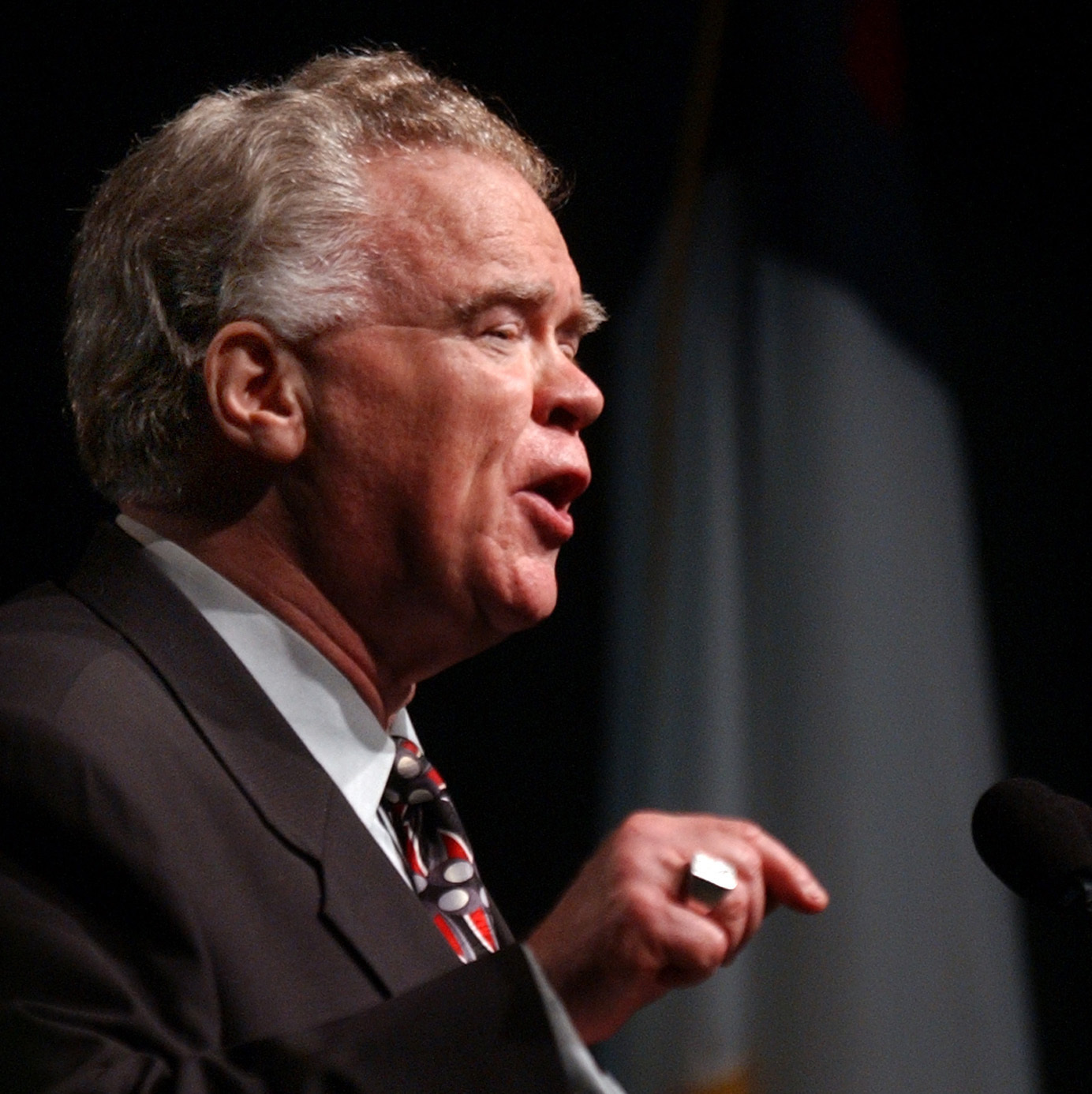 Paige Patterson, president of the Southwestern Baptist Theological Seminary in Fort Worth, Texas, speaks at a meeting in Indianapolis in 2004.

Paige Patterson, who has been under fire for weeks over his past advice to women concerning marital abuse and rape, has been quietly replaced as president of the Southwestern Baptist Theological Seminary.

Patterson has been on the defensive since allegations surfaced that he once counseled women who suffered marital abuse to pray for their husbands. The Washington Post on Tuesday also reported an incident in which Patterson allegedly told a woman who said she had been raped to forgive her assailant rather than report the crime to the police.

"After much prayer and a more than 13-hour discussion regarding challenges facing the Institution, including those of enrollment, financial, leadership and institutional identity, the Board determined to move in the direction of new leadership for the benefit of the future mission of the Seminary," the Board of Trustees said in a statement early Wednesday.

The board said it voted to appoint Patterson as "President Emeritus with compensation, effective immediately, which he accepted." In his place, it appointed D. Jeffrey Bingham, dean of the school of theology at the Fort Worth-based seminary, as interim president.

The decision to remove Patterson, 75, came after an open letter signed by more than 2,000 Southern Baptist women expressed shock over Patterson's statements and warned Southern Baptist Convention leaders not to allow "the biblical view of leadership to be misused in such a way that a leader with an unbiblical view of authority, womanhood, and sexuality be allowed to continue in leadership."

Days after the letter, Patterson issued "An Apology to God's People" saying he was sorry "to every woman who has been wounded by anything I have said that was inappropriate or that lacked clarity."

"We live in a world of hurt and sorrow, and the last thing that I need to do is add to anyone's heartache," Patterson said in the statement. "Please forgive the failure to be as thoughtful and careful in my extemporaneous expression as I should have been."

As NPR's Tom Gjelten reported earlier this month, in an interview Patterson gave in 2000, the religious leader recounted how he had told one woman, who had been assaulted by her husband, to simply pray for her spouse:

" 'I said, 'Yes, ma'am, I am happy,' Patterson quoted himself as telling the woman. 'What she didn't know when we sat in church that morning,' he said, 'was that her husband had come in and was standing in back, first time he ever came.' "

Patterson had also been criticized for a sermon he gave in 2014 in which he said women were created by God "beautifully and artistically."

"He related a conversation he had with a woman while her son and a friend were standing alongside. As they talked, a teenage girl whom Patterson described as 'very attractive' walked by, and one of the boys said, 'Man, is she built.'

"The woman immediately scolded him, but Patterson said he interjected in the boy's defense.

" 'I said, 'Ma'am, leave him alone,' Patterson recounted. 'He's just being biblical. That is exactly what the Bible says.' "

Hearing Patterson tell that story, Karen Swallow Prior, a professor of English at Liberty University in Lynchburg, Va., was outraged. She and about 30 other women immediately drafted the open letter addressed to the Board of Trustees of the Southwestern Baptist Theological Seminary.

After the seminary's board went into closed session on Tuesday, The Washington Post published a story detailing a new allegation against Patterson.

The newspaper says that in 2003, while Patterson was president of the Southeastern Baptist Theological Seminary in Wake Forest, N.C., he allegedly advised a woman studying there who said she had been raped by a fellow student not to report it to police.

" 'They shamed the crap out of me, asking me question after question,' " the woman, who now works in public relations in North Carolina, told the Post. " 'He didn't necessarily say it was my fault, but [the sense from him was] I let him into my home.' "

In Tuesday's meeting deciding Patterson's fate, the seminary's board of trustees said it also "affirmed a motion stating 1) evidence exists that Dr. Patterson has complied with reporting laws regarding assault and abuse, 2) the Seminary stands against all forms of abuse."