Accessibility links
'I Hope This Will Set A Precedent,' Says Trans Teen Who Won Case Over Bathroom Access : The Two-Way Gavin Grimm was a high school student in Virginia when his local school board denied him access to the boys' bathroom. His case has stretched for years; now a federal judge has decided in his favor.

'I Hope This Will Set A Precedent,' Says Trans Teen Who Won Case Over Bathroom Access

'I Hope This Will Set A Precedent,' Says Trans Teen Who Won Case Over Bathroom Access 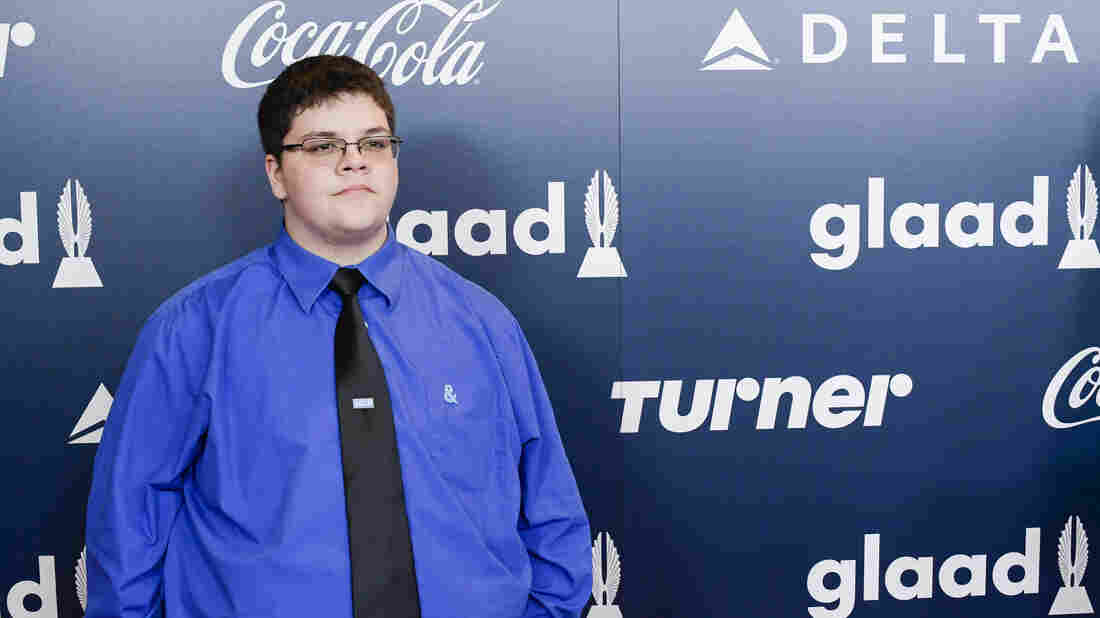 Gay-rights advocate Gavin Grimm attends the GLAAD Rising Stars Luncheon on May 5, 2017, in New York City. A federal judge has now ruled in favor of Grimm in his years-long legal battle with a Virginia school board for denying him access to the boys' bathroom. It's not clear whether the board will appeal. Ben Gabbe/Getty Images for GLAAD hide caption 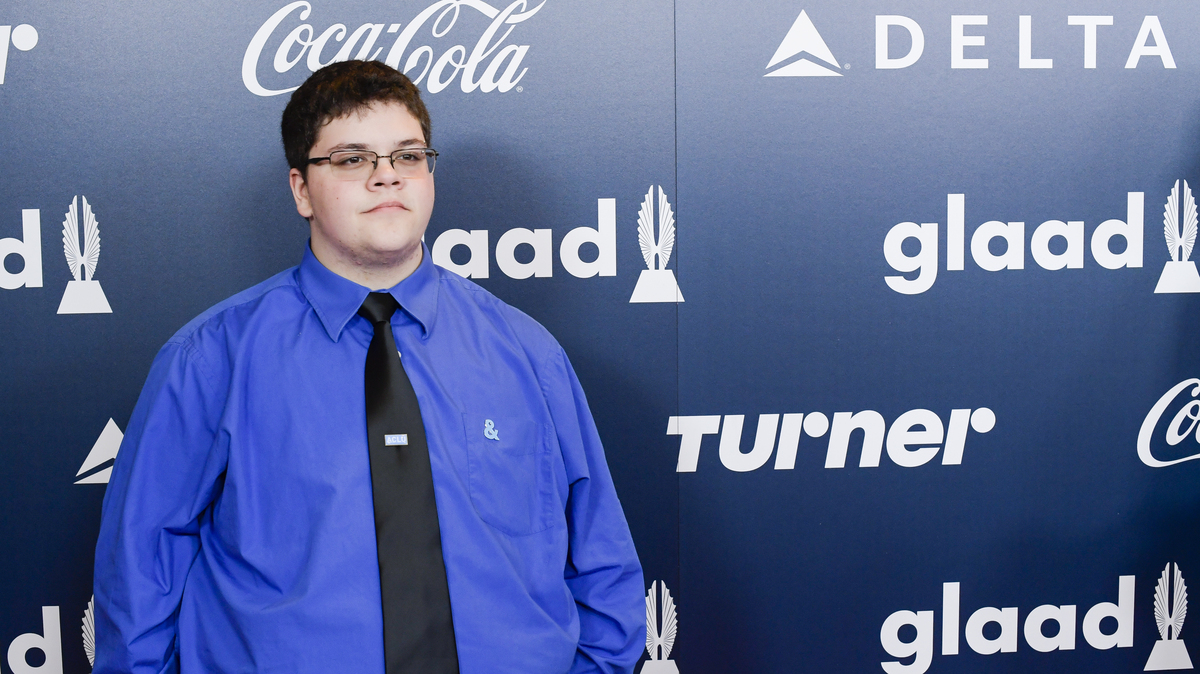 Gay-rights advocate Gavin Grimm attends the GLAAD Rising Stars Luncheon on May 5, 2017, in New York City. A federal judge has now ruled in favor of Grimm in his years-long legal battle with a Virginia school board for denying him access to the boys' bathroom. It's not clear whether the board will appeal.

A federal judge in Virginia has ruled that a high school discriminates against a trans student named Gavin Grimm by denying him access to the restroom that corresponds to his gender identity. Grimm says the ruling was "really fantastic," not just for him, but for trans youth in general.

"The court case moved on ... from being about my interests almost as soon as it started," he told NPR's Ari Shapiro on Wednesday. "This case has implications for other trans students across this nation, and that is what I'm focused on. ... I hope that this will set a positive legal precedent that will aid other trans students in guiding their schools to better support them."

As a sophomore in high school, with his school administrators' permission, Grimm had used the boys' bathroom for seven weeks without incident before parents heard about it. The Gloucester County School Board intervened and mandated that all students use facilities matching their "biological genders," with a single-stall unisex restroom available for Grimm.

Grimm sued, alleging the new policy was discriminatory. He spoke to NPR in 2017 and explained why:

"The problem with mandating that I use alternate facilities is I'm essentially being forcibly segregated from my peers. This idea that it's a unisex bathroom — sit down and go use it — is an idea of a compromise. And I'm not looking for a compromise. I'm looking for my right. I'm looking for the ability to live my life like every other one of my peers is able to do. I'm not unisex. I'm a boy. And it's unreasonable to expect me to be the only peer that is not allowed to use the restrooms with my other peers."

Those restrooms also weren't close to his classes, creating "an unnecessary, stigmatizing inconvenience," he said.

Grimm's case has been wending through the legal system for years. A U.S. district judge ruled in favor of the school district, then a federal appeals court sided with Grimm. The Supreme Court blocked Grimm from using the boys' bathroom temporarily and agreed to hear the case, then reversed course and sent it back to a lower court.

Now Grimm has won again — too late to change his high school life, however. He graduated in June 2017.

Grimm told NPR on Wednesday that he is currently working as an activist and preparing to enter college "and become a student again."

He and the school board have been directed to schedule a settlement meeting; however, now that Grimm is no longer a student, it's not clear what the terms of any settlement might be.

It's also unclear whether the school board will decide to appeal. In response to an NPR inquiry about its plans, the board pointed to a statement that says in its entirety:

"The School Board is aware of the District Court's decision denying the motion to dismiss Plaintiff's Amended Complaint. The School Board continues to believe that its resolution of this complex matter fully considered the interests of all students and parents in the Gloucester County school system."

"Regardless of what they decide to do, we'll keep fighting if we have to," Grimm told NPR.

She said there has been "a significant change in the applicable law" since 2015, when Grimm's case first went to court — two circuit courts and a number of district courts have ruled that such bathroom policies may be discriminatory.

The judge said that the school board's policy didn't account for people who "possess both male and female physical sex characteristics," including not only trans people, but intersex people or people who have had genital injuries. The judge also questioned the policy's use of the phrase "biological gender," noting that the term "has not been accepted by the medical community" because it conflates two separate things, sex and gender.

Allen concluded that the board was isolating and discriminating against those who "deviated from" the board's view of what "a male or female student should be." This amounted to a form of gender stereotyping, she said.

And having to use single-occupancy bathrooms harmed Grimm because of their location far from his classes and the stigmatization and mental anguish that he received from being treated differently, the court ruled.

In Many School Districts, Transgender Bathroom Access Is The Norm May 14, 2016

Grimm celebrated not just the decision but the existence of his case at all. "The fact that I even was able to have a court case speaks volumes to the progress we have made in this nation," he said in Wednesday's interview.

But he sounded the alarm about the Trump administration's announcement that it won't investigate claims of gender discrimination filed by trans students denied bathroom access.

"Saying that you will not investigate claims about discrimination for restroom access on the part of transgender youth is very, very explicitly saying that you don't care about them, you don't think that they deserve to be protected," Grimm said. "It's explicitly dangerous to not protect trans youth in schools because they are an incredibly vulnerable minority."