Accessibility links
Air Force Uncovered LSD Use Among Airmen Guarding Nuclear Missiles : The Two-Way Military investigators cracked the ring in 2016, after one of the service members made the mistake of posting material to social media. 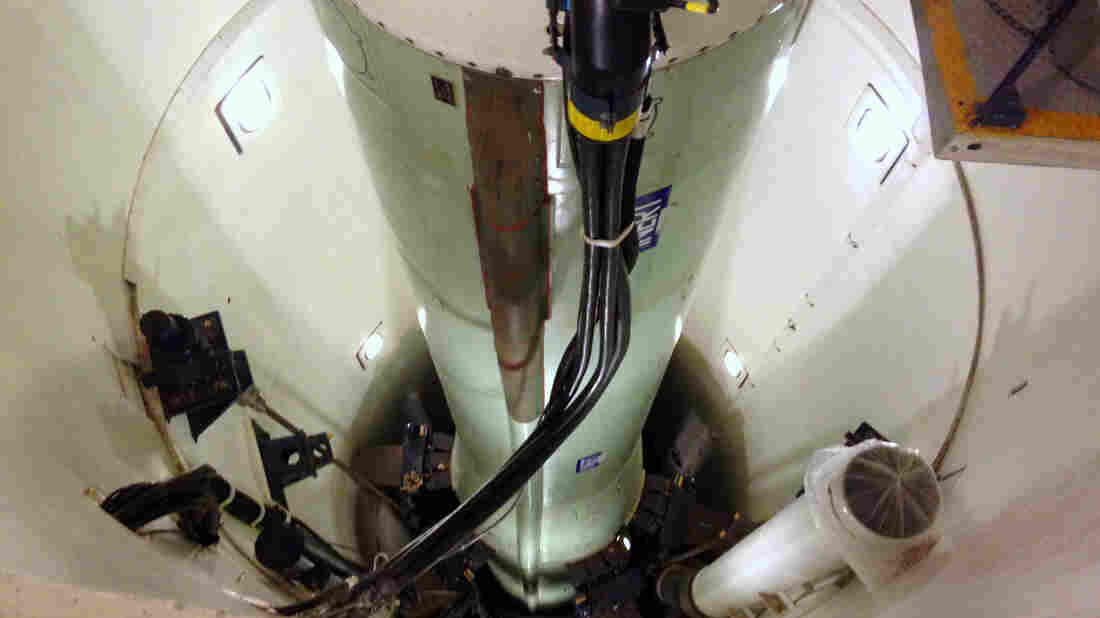 Fourteen airmen who have helped secure an Air Force missile base in Wyoming have been disciplined after investigators uncovered a drug ring operating there. Here, a mock-up of a Minuteman 3 nuclear missile is seen at F.E. Warren Air Force Base. Robert Burns/AP hide caption 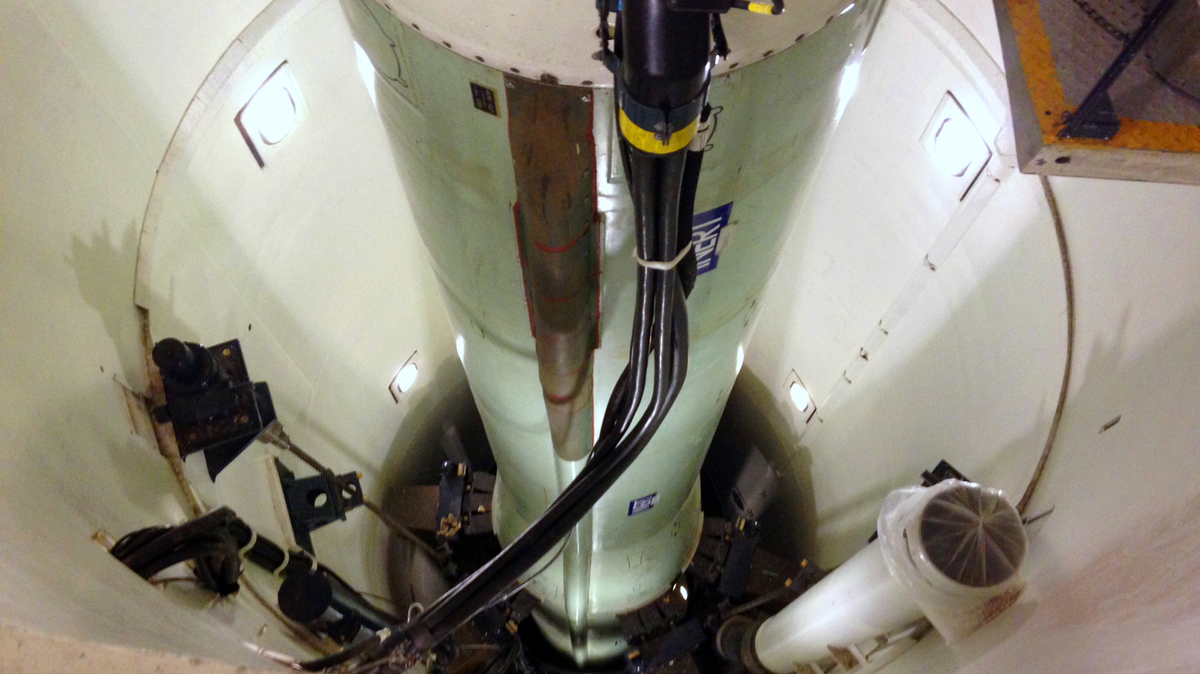 Fourteen airmen who have helped secure an Air Force missile base in Wyoming have been disciplined after investigators uncovered a drug ring operating there. Here, a mock-up of a Minuteman 3 nuclear missile is seen at F.E. Warren Air Force Base.

More than a dozen U.S. Air Force airmen were linked to a drug ring at a base that controls America's nuclear missiles and have faced disciplinary actions – including courts martial, according to an investigation by The Associated Press.

Military investigators cracked the ring in 2016, after one of the service members made the mistake of posting drug-related material to social media.

Nearly half of the airmen were convicted of using or distributing LSD — which the Pentagon has stopped screening for in drug tests, the AP reported Thursday. Citing records obtained under the Freedom of Information Act, the news service reports that the drug ring operated at F.E. Warren Air Force Base, just outside of Cheyenne, Wyo.

The airmen took the drugs — which also included ecstasy, cocaine and marijuana — during their off-duty time, but at least one airman acknowledged that while under the influence of LSD, he wouldn't have been able to respond properly if he had been suddenly called to duty.

Evidence in the airmen's cases showed that they did the drugs at state parks or at parties in Denver, where a group went longboarding on the streets after taking LSD, according to the AP. It also includes quotes from some service members who recalled having "bad trips," and others who said their experiences had been positive.

But Air Force prosecutors had a different view, saying that taking the hallucinogenic drug can produce "paranoia, fear and panic, unwanted and overwhelming feelings, unwanted life-changing spiritual experiences, and flashbacks."

Warren is the headquarters of the 20th Air Force, which oversees three missile wings and is responsible for more than 400 intercontinental ballistic missiles that are each capable of delivering devastating nuclear blows. While the personnel there are held to a high standard because of their work securing the ICBMs, the AP notes that the assignments are sometimes seen as a "backwater."

Six of the airmen were convicted of drug offenses in courts martial. They're among 14 service members who faced disciplinary measures over the investigation — which came on the heels of other scandals involving the U.S. missile corps.

Those recent incidents include the reported use of narcotics by officers with launch authority, and rampant cheating on proficiency exams, which has been seen as both manipulating the promotion process and masking security lapses.

Revelations about drug use at Warren also come less than five years after the Air Force's No. 2 missile commander, Maj. Gen. Michael Carey — who led the 20th Air Force — was relieved of command over "drunken and inappropriate behavior while leading a security delegation to Moscow," according to Reuters.

Reporting on the recent drug case, the AP quotes Capt. Charles Grimsley, a lead prosecutor in some of the courts martial, saying, "Although this sounds like something from a movie, it isn't."