Accessibility links
Exit Polls: Ireland's Voters Want To Repeal Abortion Ban : The Two-Way Surveys by Irish broadcaster RTE and The Irish Times indicate that nearly 70 percent of voters want to do away with a constitutional amendment that recognizes the "right to life of the unborn." 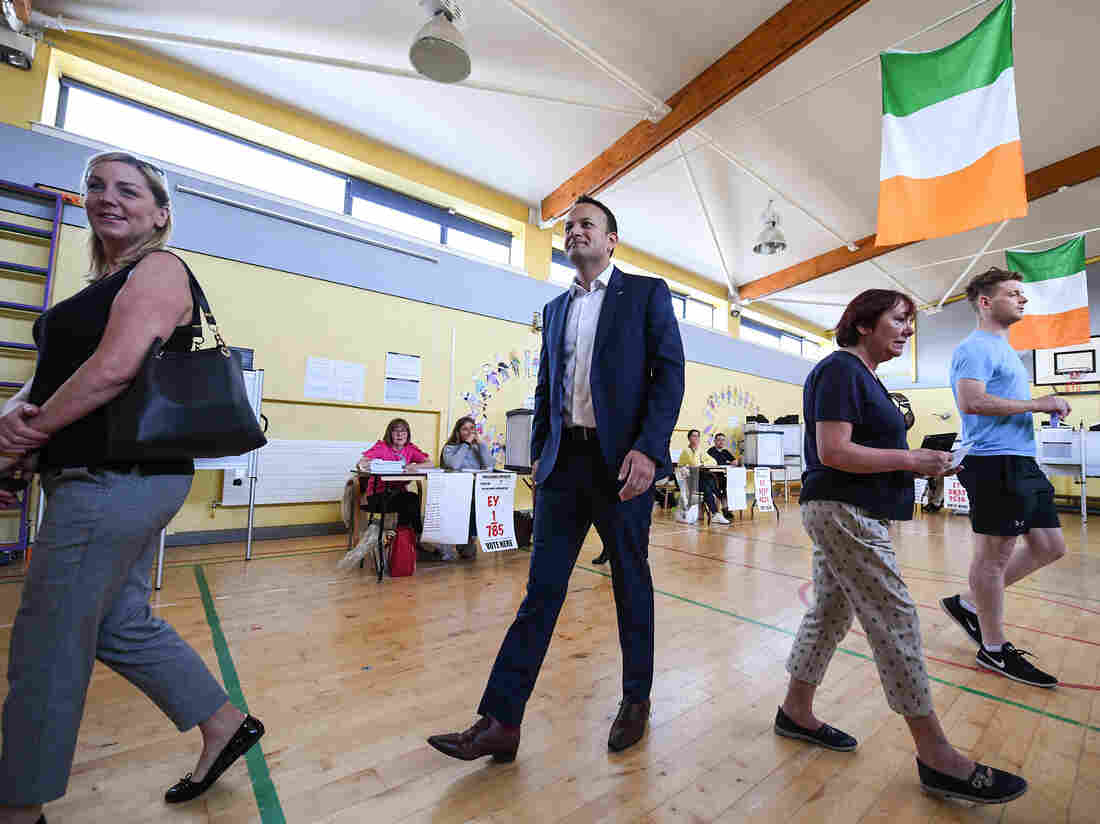 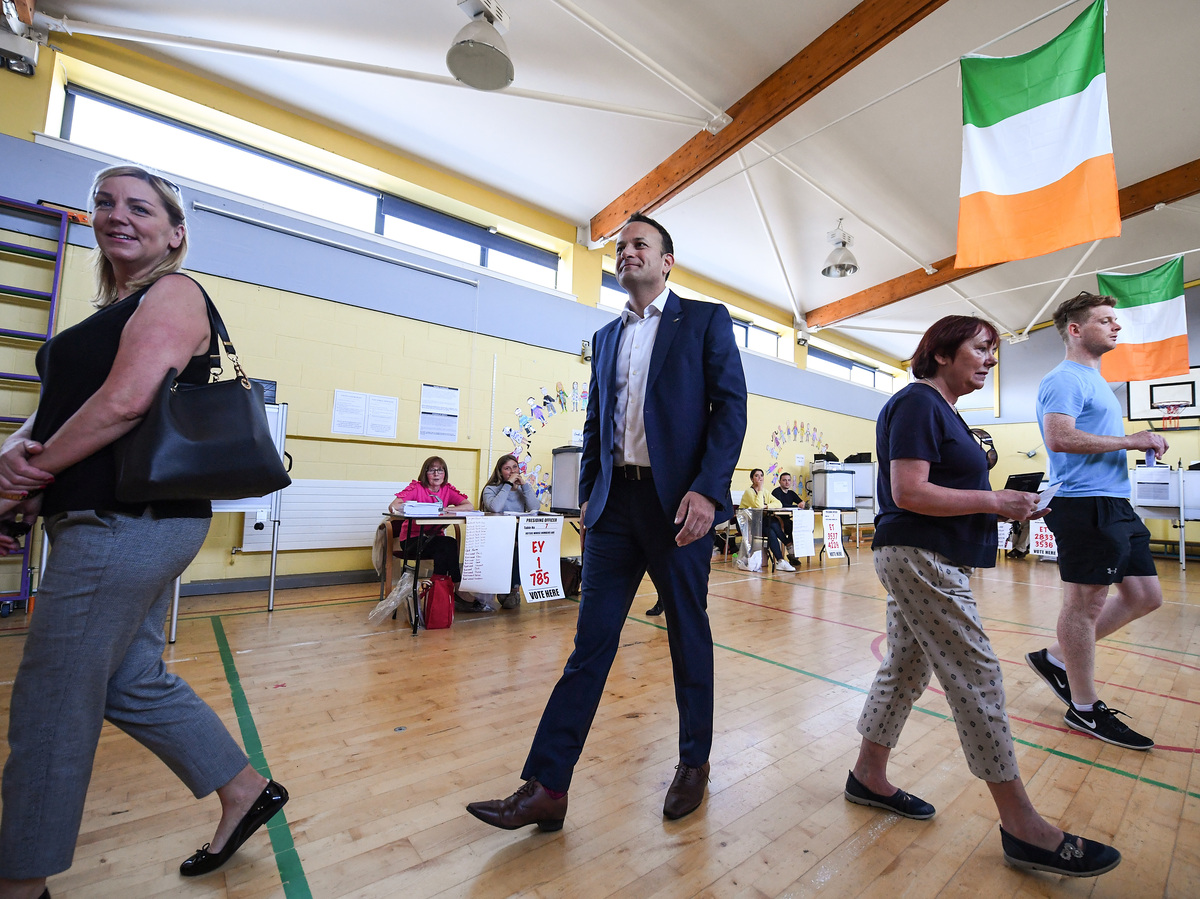 Two exit polls in Ireland's referendum on abortion rights indicate that a majority of voters want to do away with a constitutional amendment that recognizes the "right to life of the unborn."

Irish broadcaster RTE's exit poll of Friday's vote indicates that about 69 percent of voters were for repealing the 1983 amendment, and an exit poll from The Irish Times indicated a similar response, projecting that 68 percent of the vote was in favor of repeal.

Polling heading into the vote had indicated that the results would be far more closely contested than the 2-to-1 split suggested by the exit polls. Official results are expected Saturday afternoon local time.

The referendum comes after weeks of anticipation, acrimony and more than a little heated discussion around a simple yet deeply divisive question: Should the country repeal a constitutional amendment that bans abortion in nearly all circumstances?

A "yes" vote, if the exit polls hold up, would ease the way for Irish lawmakers to pass legislation allowing abortions in the first 12 weeks of pregnancy. Abortion currently is outlawed in all cases except those that could endanger the mother's life, some of the strictest abortion laws in the Western world.

More than 3.2 million people registered to weigh in on the historic referendum. Thousands of Irish expatriates returned home to make their own voices heard — so many, in fact, that the wave of flights home spawned a popular hashtag on Twitter: #hometovote. Social media feeds filled with images of boarding passes, personal testimonials and stories of flights packed with Irish voters.

Brussels airport boarding to Dublin. The passengers on one flight #hometovote #Repealthe8th pic.twitter.com/pGyoanvFT3

#hometovote
Ireland: Come over
Irish voters: I am in another country
Ireland: We are voting on major social reform
Irish voters: pic.twitter.com/ZmgRAY0AP6

One such voter, Michelle McHugh, tweeted the travails she faced to lend her own voice in favor of repeal: "No flights left from London, so I have a 4 hour train, 4 hour wait and 3 hour ferry to make it home to vote — which is a walk in the park in comparison to the journey that Irish women are making every day to the UK" — where, unlike in Ireland, abortion is legal before 24 weeks and under certain other conditions.

Ireland's prime minister, Leo Varadkar, has said nearly 200,000 women have traveled to Britain to terminate pregnancies in the 35 years since the amendment was passed. He has actively campaigned in recent weeks to have the ban abolished.

"It's not a vote on me, not a vote on the government," Varadkar said this week in Dublin, according to the Financial Times. "It's a vote as to whether we trust the women of Ireland to make decisions about their own lives for themselves."

Nevertheless, given the extent to which he has thrown his weight behind "yes," many observers regard this vote as a referendum partly on the popularity of his still-young tenure as prime minister. It's also a test of the apparent leftward shift of the electorate recently — also represented by Varadkar himself, the first openly gay prime minister in a once-deeply conservative country that had banned homosexuality until just a quarter-century ago.

As NPR's Alice Fordham noted Thursday, Ireland in recent years has eased access to contraceptives and has legalized divorce, homosexuality and same-sex marriage — becoming the first country in the world, in fact, to legalize gay marriage by popular vote.

Still, the country remains predominantly Roman Catholic, and the church has come out strongly against the measure.

"Life is God's gift and the right to life comes from God and not from any law or constitution. Because it terminates human life which begins at conception, abortion can never be condoned in any circumstances," priests in the Diocese of Achonry wrote in an open letter published by the Irish Catholic Bishops' Conference last week.

"The Eighth Amendment to our Constitution gives protection to the most vulnerable and voiceless members of our society," the letter added. "The forthcoming referendum calls us to be their voice and defend their right to life." 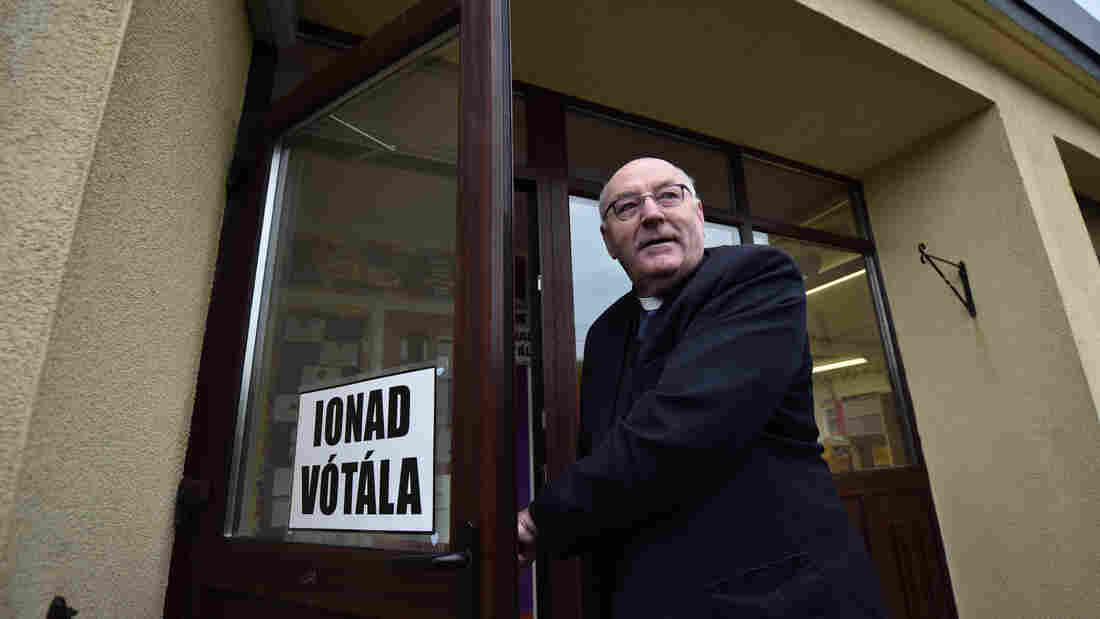 Ted Harrington, a Catholic priest, casts his vote at a polling station Friday in Knock, Ireland. The Catholic Church has come out strongly against the effort to repeal the country's eighth amendment, which bans nearly all abortion. Charles McQuillan/Getty Images hide caption 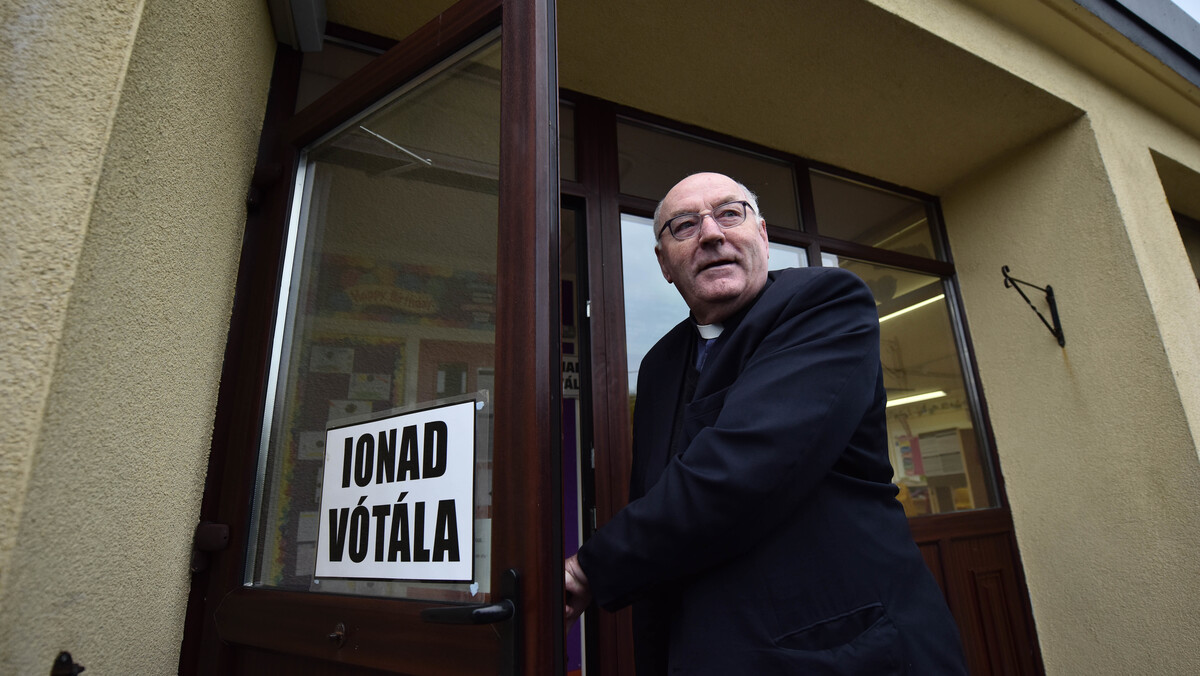 Ted Harrington, a Catholic priest, casts his vote at a polling station Friday in Knock, Ireland. The Catholic Church has come out strongly against the effort to repeal the country's eighth amendment, which bans nearly all abortion.

It is a sentiment echoed by one medical doctor, who told Alice that while he is "very proud to be part of this new Ireland" and that "we've all known women who felt that they've no other options," he supports "no," because "human rights extend to everybody, not just the strong."

Saturday's official results are likely to be the final word on the issue for the foreseeable future. Varadkar told The Irish Times that the government would not hold another referendum if the repeal effort were defeated.

"This is a once-in-a-generation decision," he said.