Accessibility links
Joshua Holt, American Held In Venezuela, Is Welcomed Home : The Two-Way President Trump greeted the 26-year-old Utah man Saturday. Holt, who traveled to Venezuela to marry his fiancée in 2016, was jailed for nearly two years on what the U.S. contends are bogus charges. 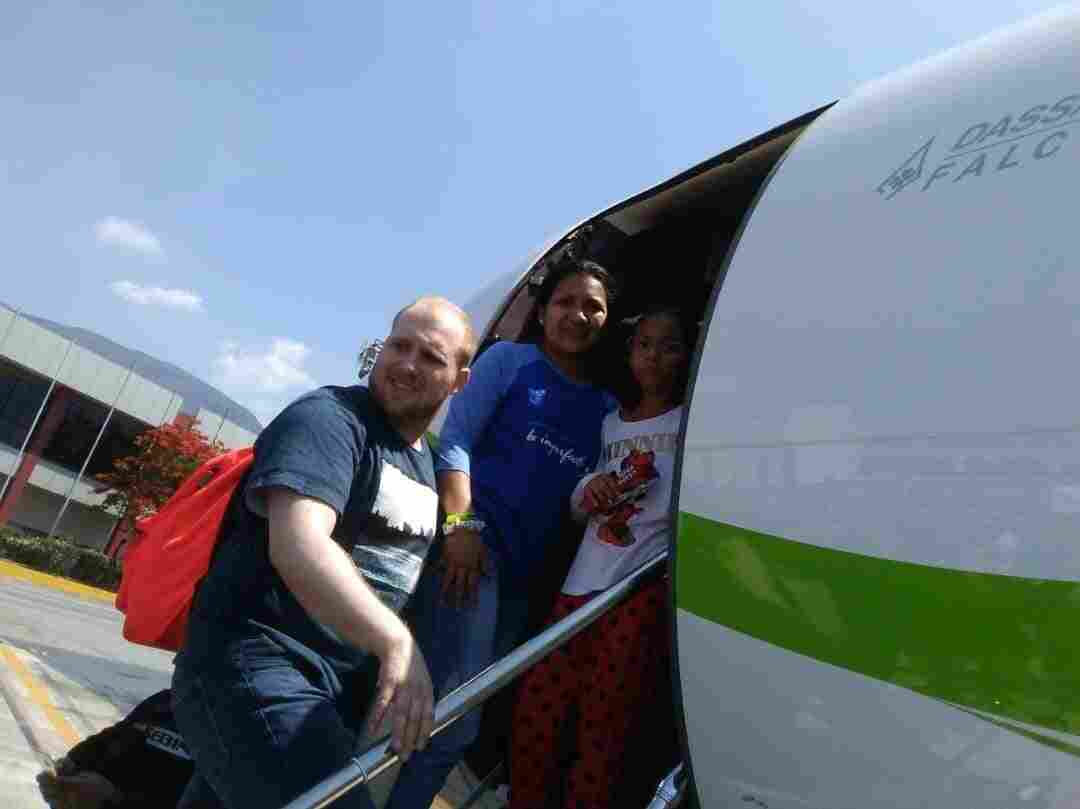 In this image provided by the Holt family, Joshua Holt, his wife Thamara and her daughter Marian, board a plane at the airport in Caracas, Venezuela, Saturday. Holt family photo via AP hide caption 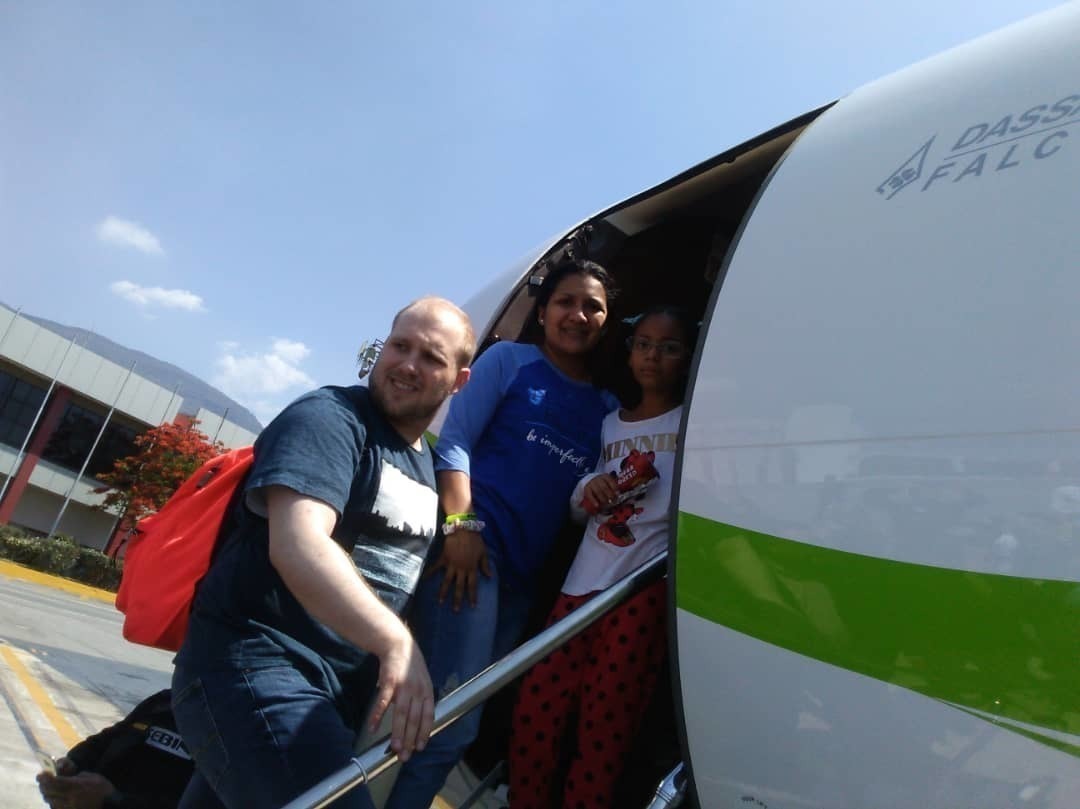 In this image provided by the Holt family, Joshua Holt, his wife Thamara and her daughter Marian, board a plane at the airport in Caracas, Venezuela, Saturday.

Joshua Holt, a Utah native held in Venezuelan jail for nearly two years, returned to U.S. soil on Saturday, and was welcomed by President Trump.

In 2016, the 26-year-old set out for Venezuela to marry his fiancée Thamara Candelo, but ended up in the El Helicoide prison without trial, after police claimed to have found weapons in the couple's apartment.

"After their honeymoon last year, the couple settled into Candelo's apartment in a housing project on the outskirts of Caracas. They had planned to move to the U.S. with Candelo's two young daughters, and were waiting for approval for her U.S. visa.

"But on June 30, an anti-gang police squad burst into Candelo's apartment, where agents claimed to find an AK-47 assault rifle and a grenade. Holt and Candelo were hauled off to jail."

A former Mormon missionary, Holt had been looking to connect with a Spanish speaker to practice the language, reports NBCnews.com, when he met Candelo, also a Mormon, online.

President Trump said Saturday morning that he looked forward to welcoming Holt to the White House that evening.

"Looking forward to seeing Joshua Holt this evening in the White House," he tweeted. "The great people of Utah are Celebrating!"

Surrounded by his family on one couch, and the lawmakers who had long sought his release on another, Holt was welcomed home in remarks to reporters in the Oval Office at the White House Sunday evening.

Holt said he was "overwhelmed with gratitude" to those who urged his release.

"You were a tough one!" Trump told Holt. "But we've had 17 [prisoners] released," during the Trump administration, the president said.

Nine months into his incarceration, NPR reported the U.S. Embassy in Venezuela had "raised concerns" about Holt's well-being and his treatment by Venezuelan authorities.

Last week, Holt said his life was in danger and pleaded for his safe return, in two short videos uploaded to Facebook from his cellphone, as NPR's Scott Neuman reported:

"Holt says he has 'been begging my government for two years. They say they're doing things but I'm still here.' ...

" 'I just want to live happy with my wife and children. I have NEVER done anything wrong in my life. Please help me!' "

"Although the extent of the unrest was not known, in another Facebook post, Holt says, 'the prison where I am at has fallen and the guards are here and people are trying to break in my room and kill me. WHAT DO WE DO?' "

In a statement Sunday, Secretary of State Mike Pompeo nodded to the efforts of those who had followed Holt's plight. "We extend our special thanks to Senator Bob Corker, Senator Orrin Hatch, Senator Mike Lee, Representative Mia Love, and all the other members of Congress who have worked on behalf of the Holt family over the past two years and helped to make this day a reality," he said.

"U.S. policy toward Venezuela remains unchanged," Pompeo added. "The United States stands steadfast in support of the Venezuelan people and their efforts to return to democracy."

Maduro was re-elected to a six-year term last week, but the U.S. joins other countries in rejecting the outcome, widely seen as a result of vote-rigging.

The Associated Press cites Maduro spokesman Jorge Rodriguez as saying Holt was freed as a benevolent "gesture" in efforts to improve diplomatic relations:

"We're praying that this type of gesture ... will allow us to strengthen what we've always sought: dialogue, harmony, respect for our independence and respect for our sovereignty," he said.