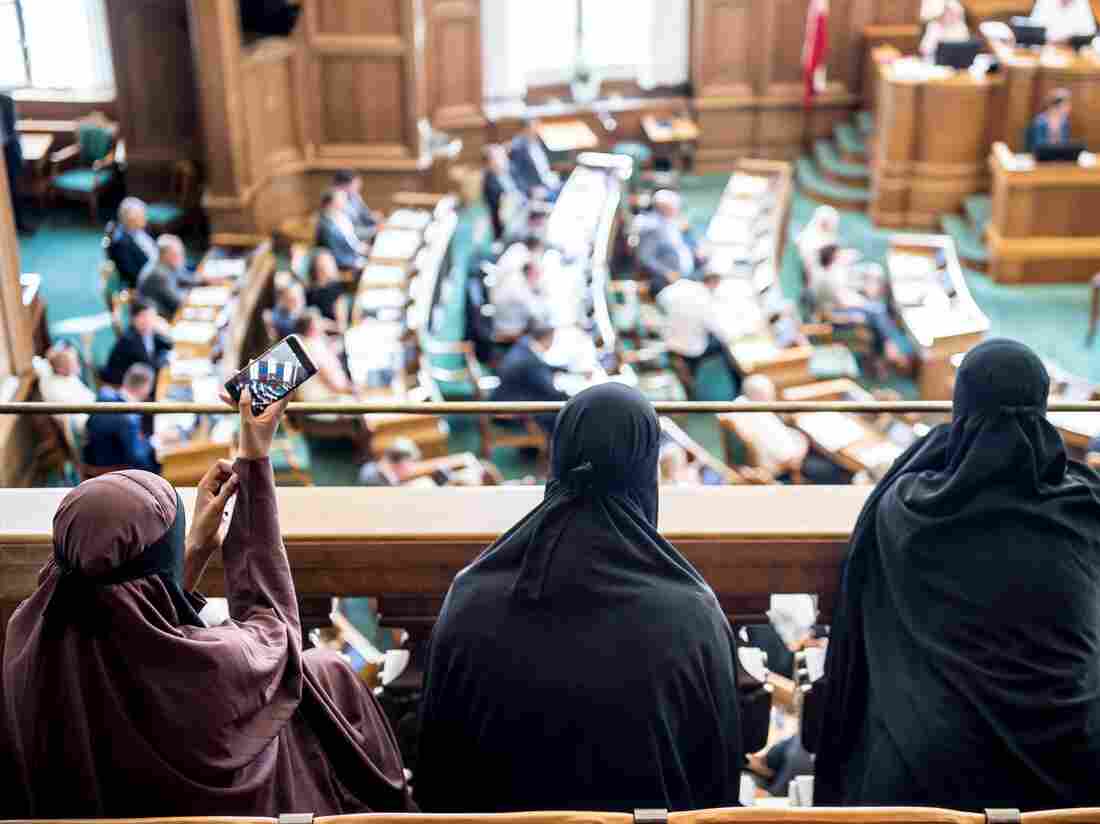 Women wearing the niqab sit in the audience at the Danish Parliament in Copenhagen on Thursday, as a bill that bans face coverings in public passes by a majority vote. Mads Claus Rasmussen/AFP/Getty Images hide caption 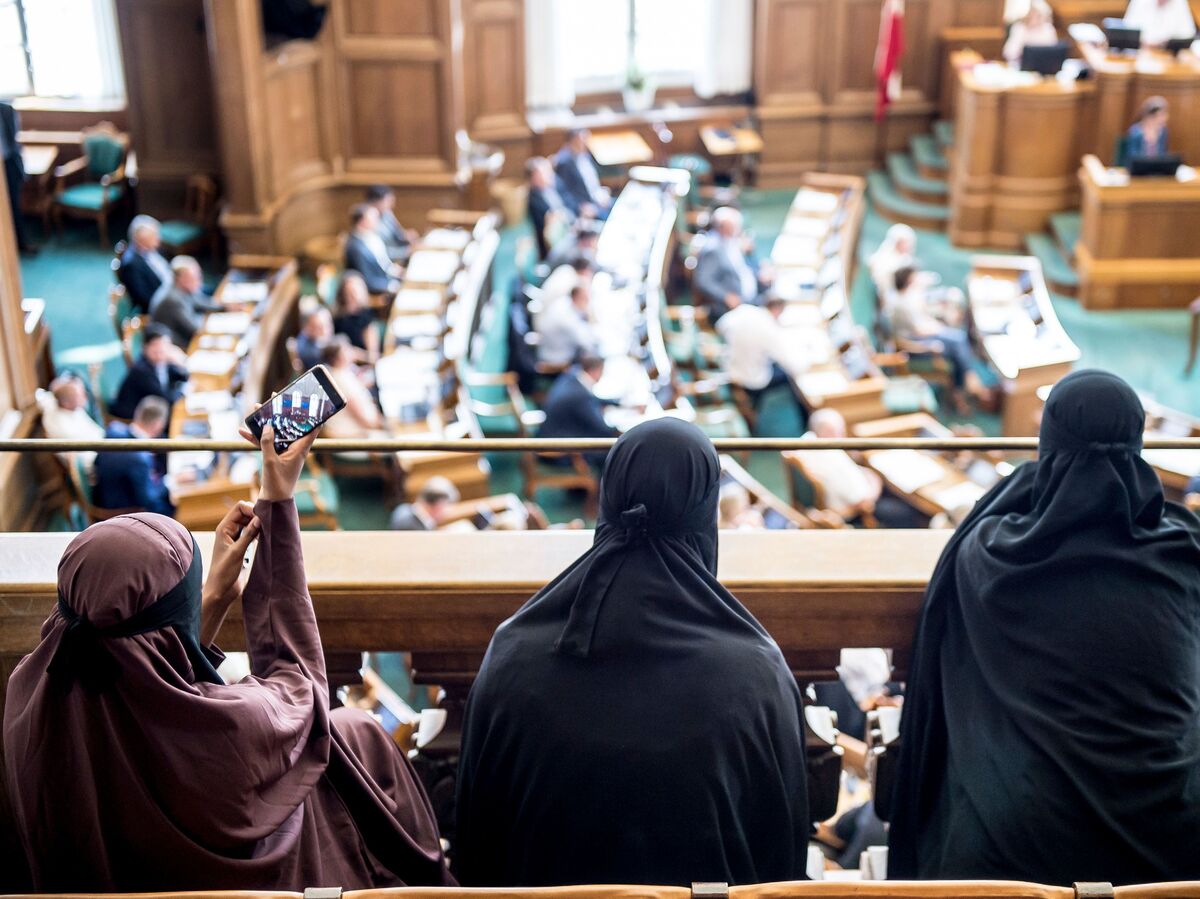 Women wearing the niqab sit in the audience at the Danish Parliament in Copenhagen on Thursday, as a bill that bans face coverings in public passes by a majority vote.

An earlier version of the bill also included a provision allowing prison sentences, The Local Denmark reported. That amendment was later removed from the bill.

Widely known as the "Burqa Ban," the measure is perceived by critics as targeting Muslim women who choose to cover themselves with the burqa, a head to toe garment, or the niqab, a cloth covering the face.

Human rights campaigners say the law will have particularly negative consequences for Muslim women, limiting their identity and freedom.

"If the intention of this law was to protect women's rights it fails abjectly. Instead, the law criminalizes women for their choice of clothing and in so doing flies in the face of those freedoms Denmark purports to uphold," Amnesty International's Europe Director Gauri van Gulik said in a statement. He added that the law is "neither necessary nor proportionate and violates the rights to freedom of expression and religion."

Shadi Hamid, a senior fellow at The Brookings Institution, told NPR, that the new law has wider repercussions. "It will have the affect of further polarizing society and further alienating the Muslim minority population. There is only one minority group that is affected by this — Muslims."

Proponents of the ban say that the veil is a form of female oppression, obstructs communication in schools and court rooms and presents a potential security hazard.

The government also says the ban is not aimed at any religion and does not ban headscarves, turbans or the traditional Jewish skull cap, the Associated Press reported.

But veils have been a source of controversy in Denmark for years. Danish Prime Minister Lars Løkke Rasmussen said in 2010 that "the burqa and the niqab do not have their place in the Danish society. They symbolize a conception of the woman and of the humanity to which we are fundamentally opposed and that we want to fight in the Danish society," according to the Library of Congress.

Thursday's outcome was embraced by Danish politician and member of the European Parliament Anders Vistisen who tweeted, "Today, the Danish Parliament approved a law banning burqa and niqab. Congratulations #Denmark!"

The Danish People's Party, which had proposed prison sentences, tweeted "finally adopted!" with an image of a veiled woman with a "no symbol" across her face.

Because the law allows people to cover their faces for a "recognizable purpose," such as in cold weather, Justice Minister Soeren Pape Poulsen said, police officers will have to use "common sense," according to the AP.

Denmark joins the ranks of France, Austria and Belgium who have implemented similar laws.