Accessibility links
Unemployment Rate Drops To 3.8 Percent, Lowest Since 2000 : The Two-Way The economy gained a stronger-than-expected 223,000 jobs and the unemployment rate edged down to an 18-year low. President Trump hinted at a strong report more than an hour before its release. 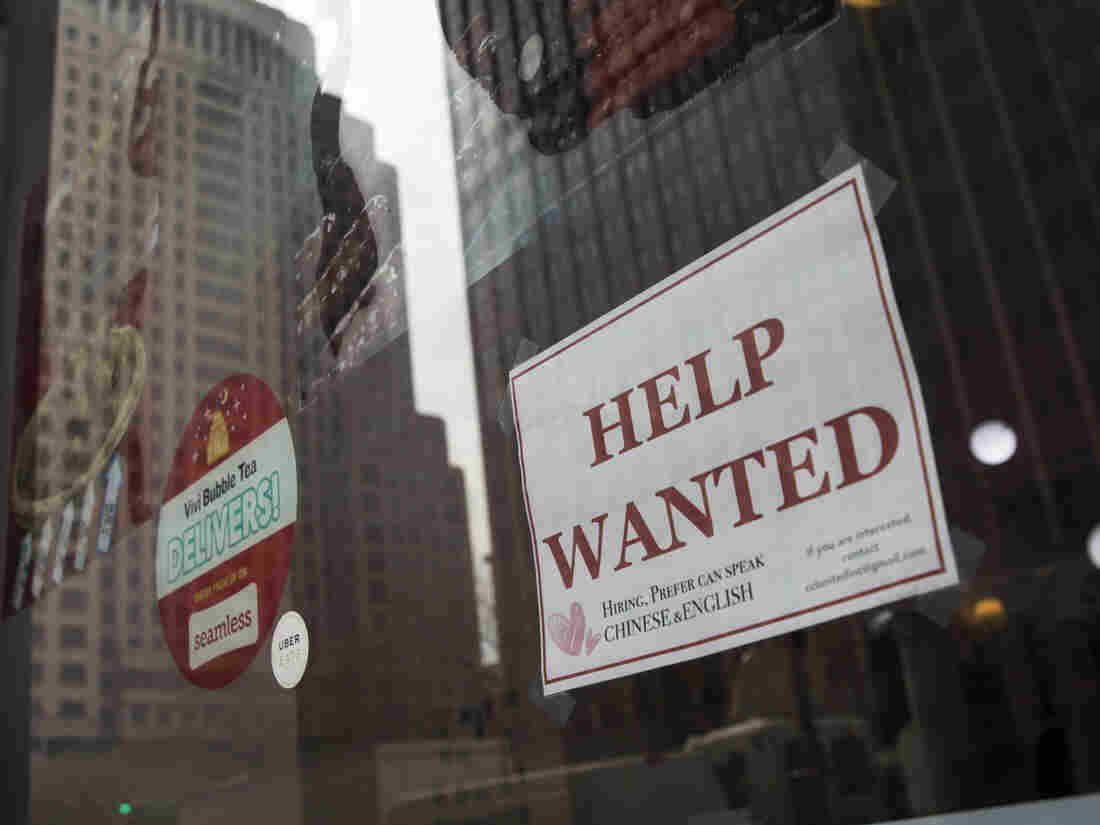 A "help wanted" sign hangs on a window of a restaurant in New York City. The U.S. economy gained a stronger-than-expected 223,000 jobs last month and the unemployment rate edged down to an 18-year low. Drew Angerer/Getty Images hide caption 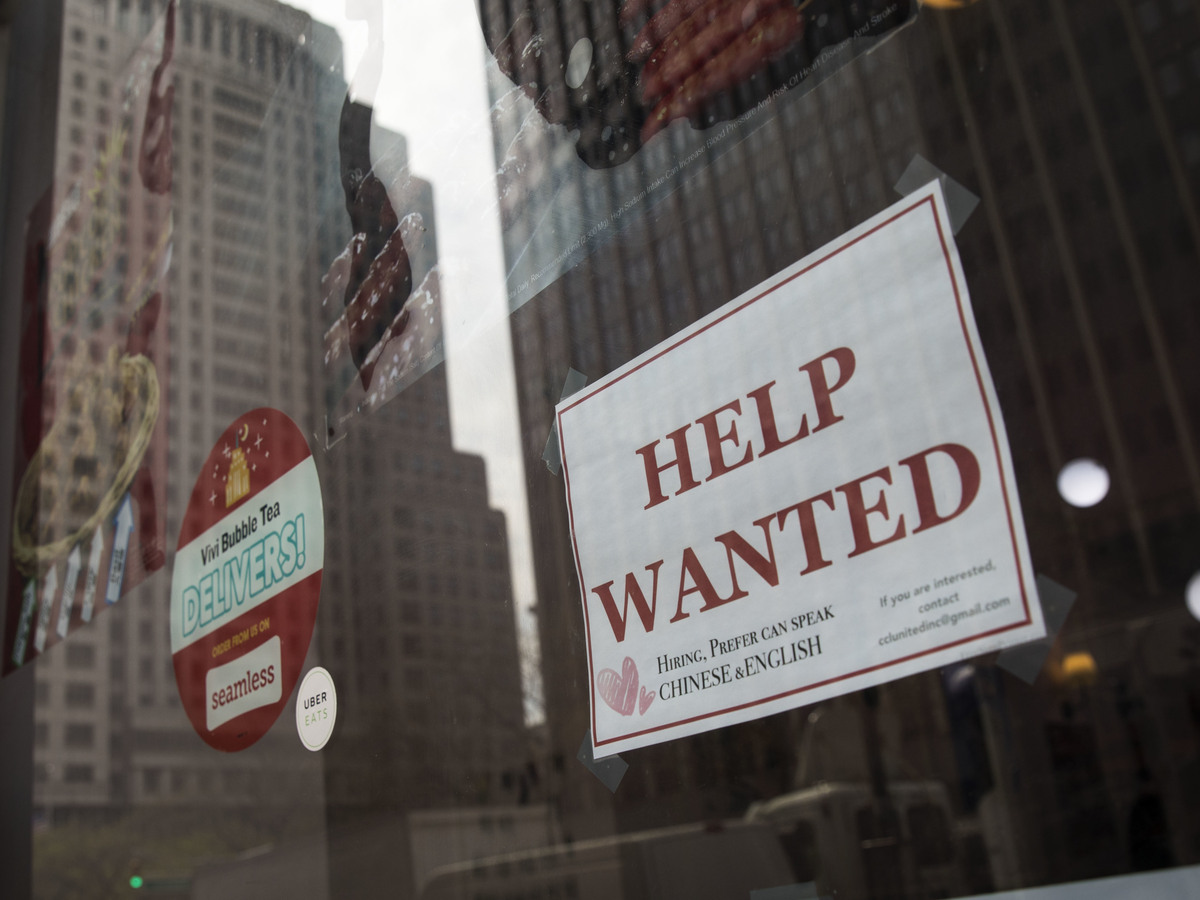 A "help wanted" sign hangs on a window of a restaurant in New York City. The U.S. economy gained a stronger-than-expected 223,000 jobs last month and the unemployment rate edged down to an 18-year low.

As the country has clawed its way back from the worst recession in generations, companies have been creating plenty of jobs. Employers added another 223,000 positions last month alone, the Labor Department said Friday. And the unemployment rate ticked down to 3.8 percent, the lowest since 2000, from April's 3.9 percent.

The May increase in payrolls was stronger than economists had expected and topped April's revised 159,000 increase. Notably, the unemployment rate for African-Americans fell sharply to 5.9 percent in May, from 6.6 percent a month earlier.

About an hour ahead of the release, President Trump hinted at a strong report: "Looking forward to seeing the employment numbers at 8:30 this morning."

Austan Goolsbee, a former economic adviser to President Barack Obama, said on CNBC that the president has access to the report before it is released at 8:30 a.m., but never talks about it publicly in advance because it could influence the financial markets. Goolsbee said he thought Trump had broken the law by discussing the report before it was released.

According to federal regulations, except for designated staff of the agency releasing economic data, "employees of the Executive Branch shall not comment publicly on the data until at least one hour after the official release time."

Looking forward to seeing the employment numbers at 8:30 this morning.

The unemployment rate is so low it has only hit this level a few times in modern history. The last time was in the heat of the dot-com bubble in 2000. But before that you have to go back to the late 1960s to find a time the unemployment rate was lower.

But to many Americans the economy still feels pretty ho-hum because they're not getting that much more money in their paychecks. Wages in May were up 2.7 percent from a year ago, roughly in line with gains seen in recent months. The sluggish wage growth has economists scratching their heads.

That's because many businesses say they're having trouble finding qualified workers to hire. And economists say at some point that has to start pushing up wages as businesses are forced to offer more money to hire the people they need.

There are already some signs of that wage pressure building. A separate report released this week from the National Federation of Independent Businesses found that the number of small companies giving raises to workers is at its highest level since 1986. The NFIB says 35 percent of small-business owners say they are paying their employees more.