Accessibility links
Trump: I have 'absolute' power to pardon myself but have done nothing wrong : The Two-Way President Trump followed a weekend filled with broad assertions of executive authority by stating on Twitter that he could absolve himself of wrongdoing. 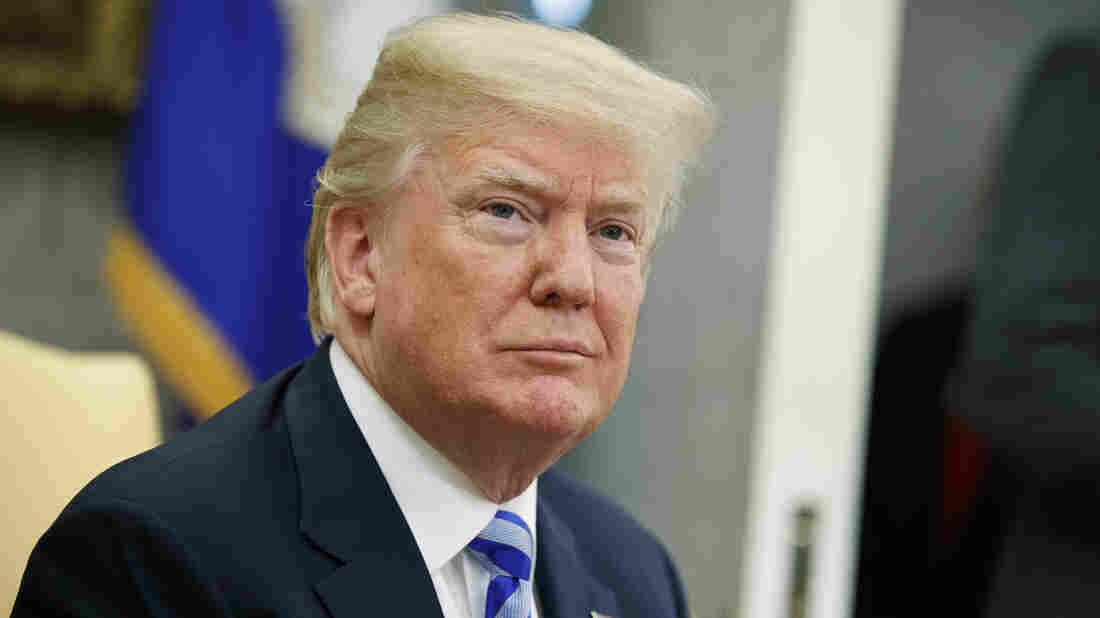 President Donald Trump argues that his power to pardon would include even himself â but says he doesn't need to use it because he's done nothing wrong. Evan Vucci/AP hide caption 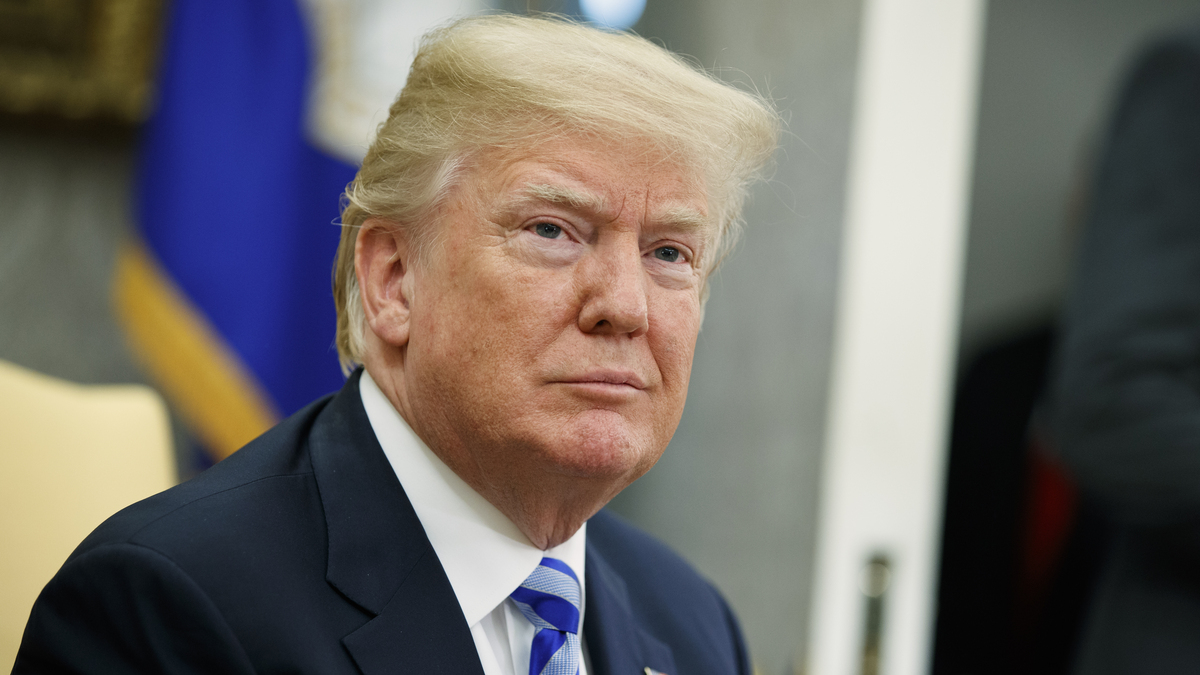 President Donald Trump argues that his power to pardon would include even himself â but says he doesn't need to use it because he's done nothing wrong.

President Trump has the "absolute" power to pardon himself, he argued on Monday morning, then asked rhetorically why he would use it because he hasn't done anything wrong.

Trump made his assertion in a Twitter post following a weekend in which his administration made a sweeping case about executive power.

Just because Trump has the relevant powers doesn't mean he will use them, supporters said. All the same, the main check that his legal advisers see is a political one — the threat of backlash, as opposed to any limitation in law.

Trump's lawyer, Rudy Giuliani, said in an interview on Sunday with ABC's This Week with George Stephanopoulos that Trump had "no intention" of a self-pardon and in a separate interview, on NBC's Meet the Press, he said that any such move would be "unthinkable" and might lead to impeachment.

"He has no intention of pardoning himself, but he probably — not to say he can't," Giuliani said. "I think the political ramifications would be tough. Pardoning other people is one thing, pardoning yourself is tough."

On NBC, the former mayor of New York said, "Pardoning himself would be unthinkable and probably lead to immediate impeachment."

However: "He has no need to do it. He's done nothing wrong," Giuliani added.

Giuliani's remarks followed reports that the president's legal team sent a letter to Justice Department special counsel Robert Mueller in late January outlining a legal justification that as president, Trump cannot be held accountable for obstruction of justice and should not be interviewed by investigators.

Trump's attorneys argue that as chief of the executive branch, he has near-complete power over appointees. That means that he could, for example, fire FBI Director James Comey for any reason and the dismissal could not constitute obstruction, they argue, or he could instruct that any investigation be ended for any reason.

Giuliani, speaking on NBC, said that it was "pretty clear" that the president has the Constitutional authority to shut down any investigation, but added that terminating a probe where the president is the target might lead to impeachment.

Trump said on Twitter Monday that Mueller's appointment was "unconstitutional" but that he would "play the game" because he had nothing to hide.

The appointment of the Special Counsel is totally UNCONSTITUTIONAL! Despite that, we play the game because I, unlike the Democrats, have done nothing wrong!

On ABC, Giuliani also said that the president's recollections about a statement he made about a June 9, 2016 meeting between top Trump campaign aides and a delegation of Russians offering to provide "dirt" on rival Hillary Clinton "keep changing."

"This is the reason you don't let this president testify in the special counsel's Russia investigation," Giuliani told Stephanopoulos. "Our recollection keeps changing, or we're not even asked a question and somebody makes an assumption."

"If I say something wrong on this show... if you were the FBI, my goodness, I'd — they could prosecute me for the mistake. They'd say, 'of course it was a lie,'" he said.

Although Giuliani said a decision about whether the president will voluntarily sit for an interview with Mueller's team would not be made until after a planned June 12 summit in Singapore between Trump and North Korean leader Kim Jong Un, he said "we're leaning toward not" doing it.

"But look, if they can convince us that it will be brief, it would be to the point, there were five or six points they have to clarify, and with that, we can get this - this long nightmare for the - for the American public over," Giuliani told ABC.

Trump cited "numerous legal scholars" in claiming the power to pardon himself, but there does not appear to be consensus on that point. No president has ever attempted it. No court has ever tested it.

One historical view is that a president may have the power, but that it wouldn't grant him or her immunity from prosecution after leaving the presidency. In a legal opinion issued during the administration of President Richard Nixon, the Justice Department argued a president could not give himself a pardon because of the longstanding legal principle that no person could be the judge of his own case.

What Does It Take To Have A Constitutional Crisis?

Trump also has granted a posthumous pardon to boxing great Jack Johnson, which clemency supporters have said could encourage more prisoners or people who have been convicted to try to get their cases onto his desk.