Accessibility links
Mexico Hits U.S. Steel And Farm Products With Tariffs, Retaliating For Trump Move : The Two-Way Mexico is putting tariffs on imports of U.S. steel and farm products — including pork and cheese — as it hits back at the U.S. for the Trump administration's tariffs on steel and aluminum products. 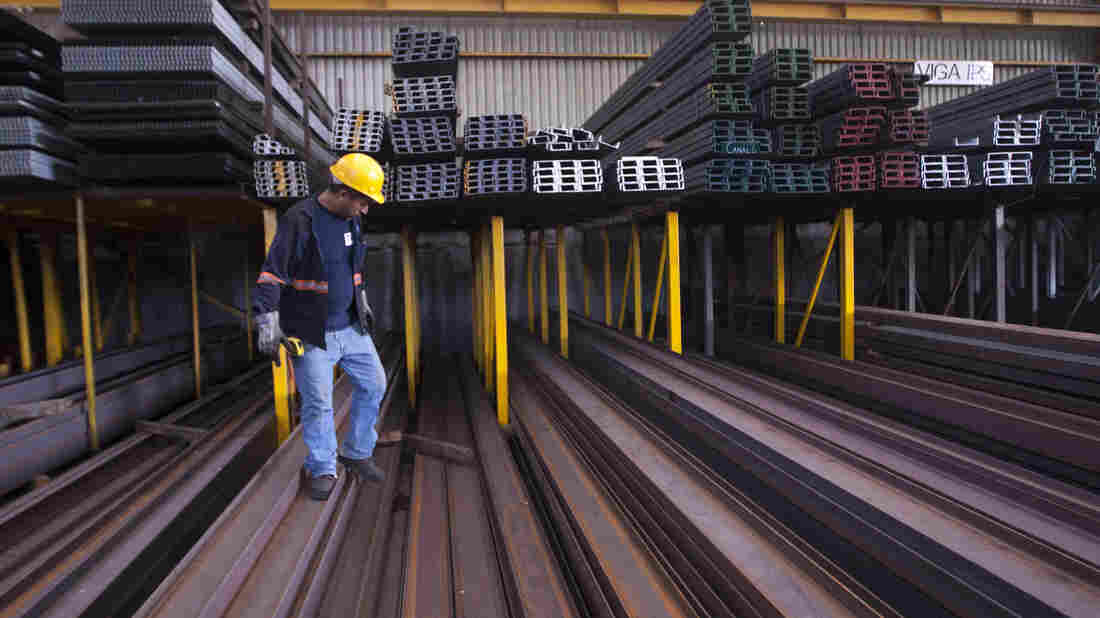 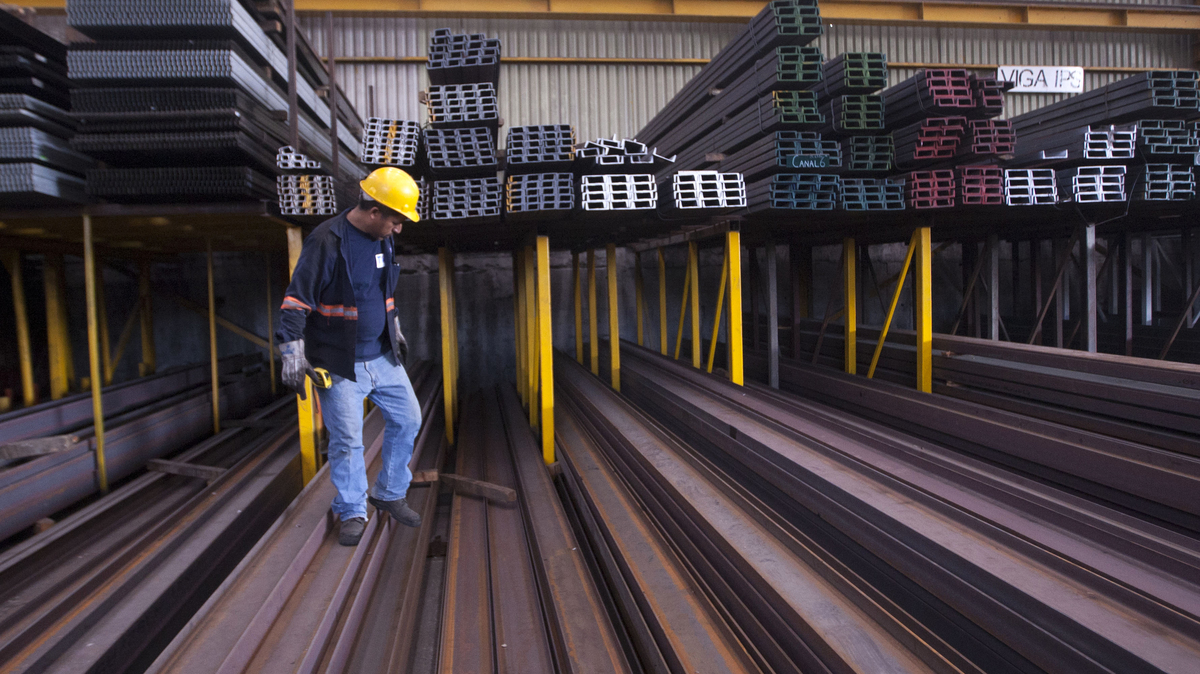 A man works in a steel distribution factory in Monterrey in northern Mexico last week, when the U.S. tariffs on steel and aluminum took effect.

Mexico is putting tariffs on imports of U.S. steel and farm products — including pork, cheese, apples and potatoes — as it hits back at the U.S. for the Trump administration's tariffs on steel and aluminum products from Mexico, Canada and the European Union.

Signed by Mexican President Enrique Peña Nieto, the decree also suspends the country's preferential tariff treatment of the U.S. It was published in Mexico's official gazette on Tuesday.

The list of U.S. agricultural products, nearly all of which will be subject to taxes of 15 percent to 25 percent, also includes Tennessee or bourbon whiskey and cranberries.

U.S. steel products on the list include steel plates, bars and rods, along with rolled steel. The list also includes motorboats.

The move comes one day after Mexico's Economy Ministry said it will start proceedings against the U.S. in the World Trade Organization, where it's seeking a dispute settlement over the U.S. tariffs on Mexican products — 25 percent on steel and 10 percent on aluminum — formally took effect last Friday.

Canada and the European Union have protested along with Mexico and are also pursuing tariffs and cases against the U.S. at the WTO.

These countermeasures will only apply to goods originating from the US and will take effect on July 1, and will remain in place until the US eliminates its trade-restrictive measures against Canada.

"We are not seeking to escalate any situation, but not responding would be the same as accepting these tariffs, which we consider are illegal," Trade Commissioner Cecilia Malmström said.