Accessibility links
FIFA Fires Criminal Complaint At Viagogo Over World Cup, Threatening To Void Tickets : The Two-Way FIFA says its website is the "only official and legitimate" way to get the tickets. But the World Cup final is a hot ticket on ticket reseller Viagogo's site, costing up to nearly $14,100. 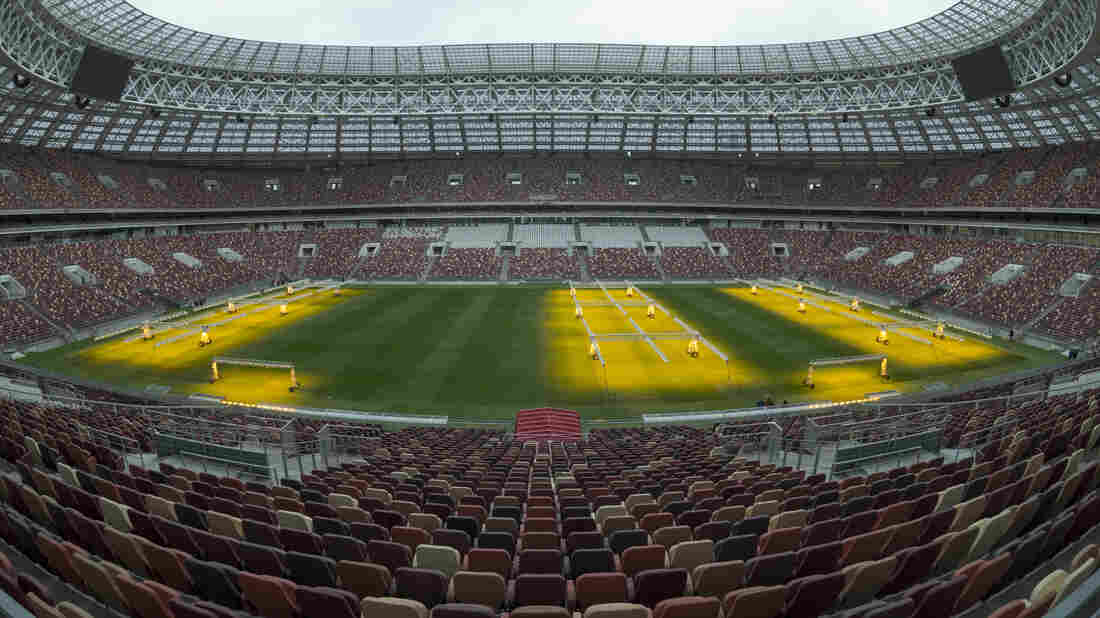 FIFA accuses ticket reseller Viagogo of unfair competition and "opaque and deceptive business conduct." Here, the view from seats inside the Luzhniki Stadium in Moscow, where the 2018 World Cup will kick off on June 14. Ivan Sekretarev/AP hide caption 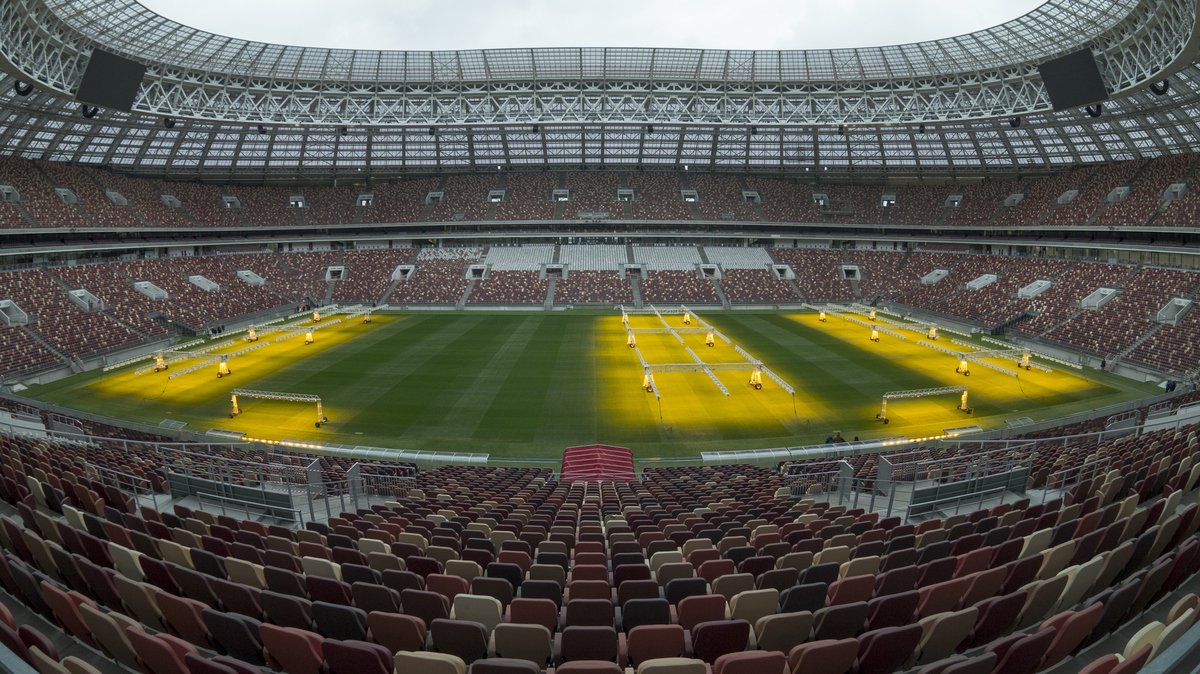 FIFA accuses ticket reseller Viagogo of unfair competition and "opaque and deceptive business conduct." Here, the view from seats inside the Luzhniki Stadium in Moscow, where the 2018 World Cup will kick off on June 14.

FIFA is escalating its fight against the secondary ticket market, filing a criminal complaint against ticket reseller Viagogo to block it from selling tickets for the 2018 World Cup. FIFA says its own website is "the only official and legitimate" way to get the tickets — and it's threatening to cancel tickets bought elsewhere.

"Tickets purchased via unauthorized distribution channels, including all tickets purchased through Viagogo AG, will be cancelled once identified," FIFA said Tuesday. "FIFA reserves the right to refuse entry to the stadium to any holder of such tickets."

In the complaint FIFA filed with the public prosecutor's office in Geneva, the sports federation accuses Viagogo of unfair competition and "opaque and deceptive business conduct."

The World Cup begins in Moscow on June 14 — and the hottest ticket on Viagogo's site is currently the World Cup final in July. A single ticket for that match in the pavilion area at Luzhniki Stadium (capacity: 81,000) was listed for $14,093 on Tuesday morning.

Viagogo is currently selling seats in the main grandstands looking down over the sideline for around $4,300 during the final — nearly four times FIFA's official $1,100 price. Thousands of other World Cup tickets are also available on the reseller's site.

On Tuesday, FIFA said it has received complaints about Viagogo from individuals as well as from consumer protection agencies and other groups. As it announced the legal action, FIFA said it was acting in coordination with Europe's powerful EUFA soccer association.

In January, a German court awarded FIFA a preliminary injunction against Viagogo, after the sports federation said the web company was reselling tickets before FIFA had begun to distribute physical tickets to purchasers — a process that wasn't slated to begin until April.

FIFA has sought to tightly control ticket sales for the 2018 World Cup, fighting what it calls the "illicit sale and distribution of tickets" and saying that because of special security measures for World Cup matches, fans will need to go through official channels before they can enter stadiums.

In another requirement that could throw cold water on the scalping market, people who want to attend a World Cup match will need not only a ticket, but also a "Fan ID" — an official identity card with a photo and lanyard that can be used to enter Russia without a visa.

FIFA has sold nearly 2 million tickets for the upcoming World Cup, with the international market outside of Russia accounting for a little more than half of the customers, according to its most recent reported figures.

Viagogo was founded roughly 12 years ago in by Eric Baker, one of the co-founders of the U.S. StubHub ticket reseller. Based in Switzerland, Viagogo calls itself "the world's largest source of live entertainment tickets."