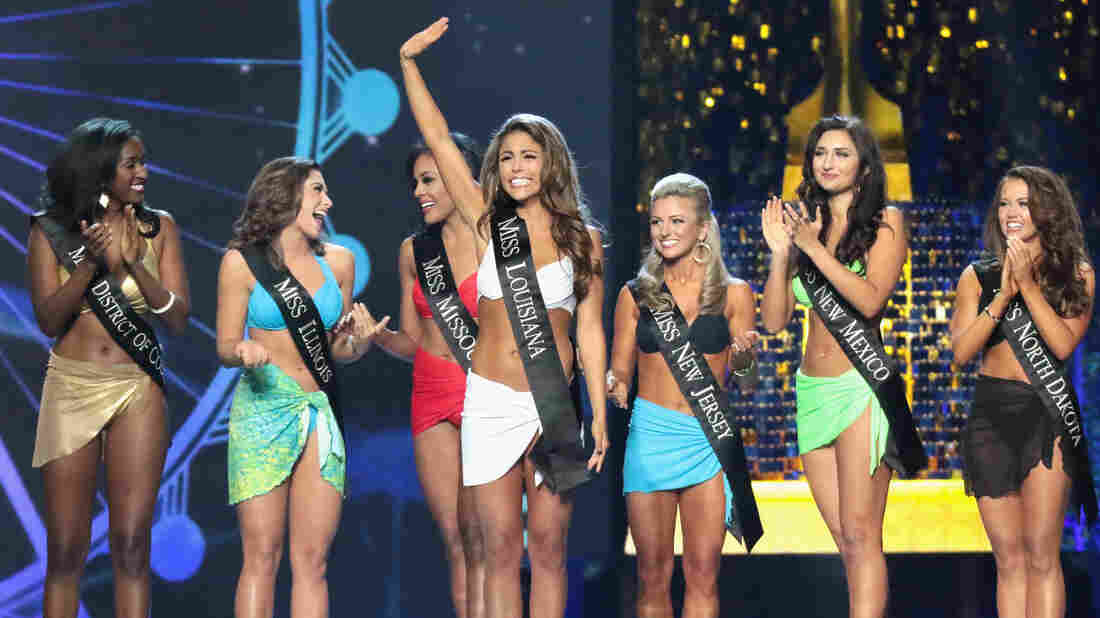 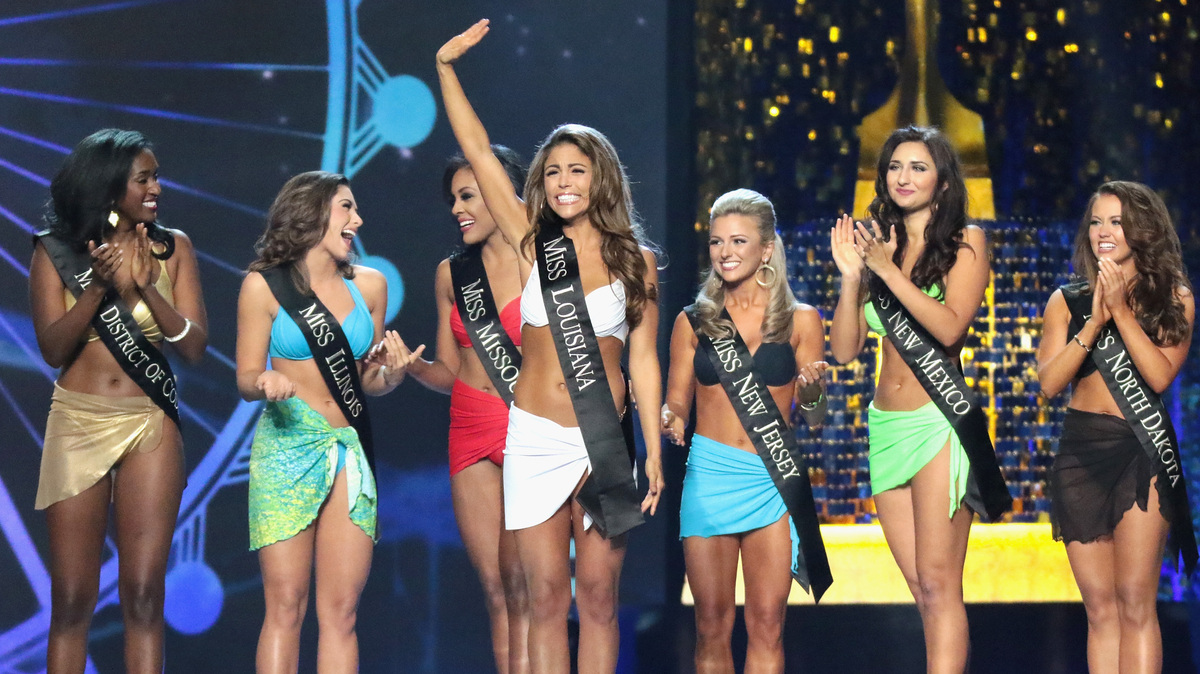 Laryssa Bonacquisti, Miss Louisiana 2017, participates in the swimsuit challenge during last fall's Miss America competition in Atlantic City, N.J. The segment won't be a part of the competition starting this year.

Miss America is waving goodbye to its swimsuit competition, scrapping one of its most iconic elements in an attempt to shift the annual ceremony's emphasis from its longtime focus on contestants' physical beauty.

"We are no longer a pageant; we are a competition," Gretchen Carlson, the chairwoman of Miss America's board of directors, announced Tuesday on ABC's Good Morning America. "We will no longer judge our candidates on their outward physical appearance. That's huge."

Carlson says the change, together with a move "revamping the evening gown competition," is intended to change the very nature of the program — to one that is "open, transparent, inclusive to women who may not have felt comfortable participating in our program before."

"We have always had talent and scholarship," Carlson added, "and we need to message that part of the program better, as well."

And she said the change will be all but immediate — with the move set to be implemented when the next edition is held on Sept. 9 in Atlantic City, N.J.

Cara Mund, who holds the current title of Miss America, welcomed the move as ushering in a "whole new era," emphasizing it with a tweet depicting a bikini going up in smoke. That's apt, considering that Miss America's origins rest with an "Inter-City Beauty Contest" started in the early 1920s, with the prize going to "The Most Beautiful Bathing Girl in America."

We’re changing out of our swimsuits and into a whole new era #byebyebikini #MissAmerica2019 pic.twitter.com/08Y7jLFxhs

The new era is also partly represented by Carlson herself. A former Miss America, back in 1989, the ex-Fox News anchor stepped up to helm the competition earlier this year. She was later joined by its first-ever all-female leadership team. When those latter appointments were announced last month, the organization heralded the move as a marker of "progressiveness, inclusiveness and empowerment."

As NPR's Vanessa Romo reported at the time, it was also an attempt to recover from scandals involving Miss America's last leadership team:

"An investigation by HuffPost unearthed three years worth of emails in which several high-ranking officials exchanged denigrating messages about the sex lives, weight gain, and intellect of past Miss Americas. Among those involved were CEO Sam Haskell, board chair Lynn Weidner, and President Josh Randle, all of whom stepped down from the organization."

Carlson has waged her own war against sexual harassment in the workplace, alleging that former Fox News Chairman Roger Ailes created a "pervasively sexist atmosphere" at the company and made unsubtle suggestions that she could further her career by sleeping with him. Weeks after she filed her lawsuit against the network's parent company, Ailes stepped down and she later settled the suit for $20 million.

The legal battle came just over a year before allegations against disgraced Hollywood megaproducer Harvey Weinstein helped inspire the #MeToo movement. That movement, which saw women telling their stories of sexual harassment and assault, has implicated powerful men in a gamut of industries — including, arguably, the men who once led Miss America.

But Carlson said Tuesday that the focus of this move isn't on the past but rather squarely on the contestants themselves: "We're not going to judge you on your outward appearance, because we're interested in what makes you you."

"Whatever they choose to do," Carlson added, "it's what comes out of their mouth that we're interested in when they talk about their social impact initiatives."