Accessibility links
Tech Industry Confronts A Backlash Against 'Disruptive Innovation' Silicon Valley is rethinking the implications of technology that disrupts entire industries, while the man who coined the term "disruptive innovation" stands by its basic goodness. 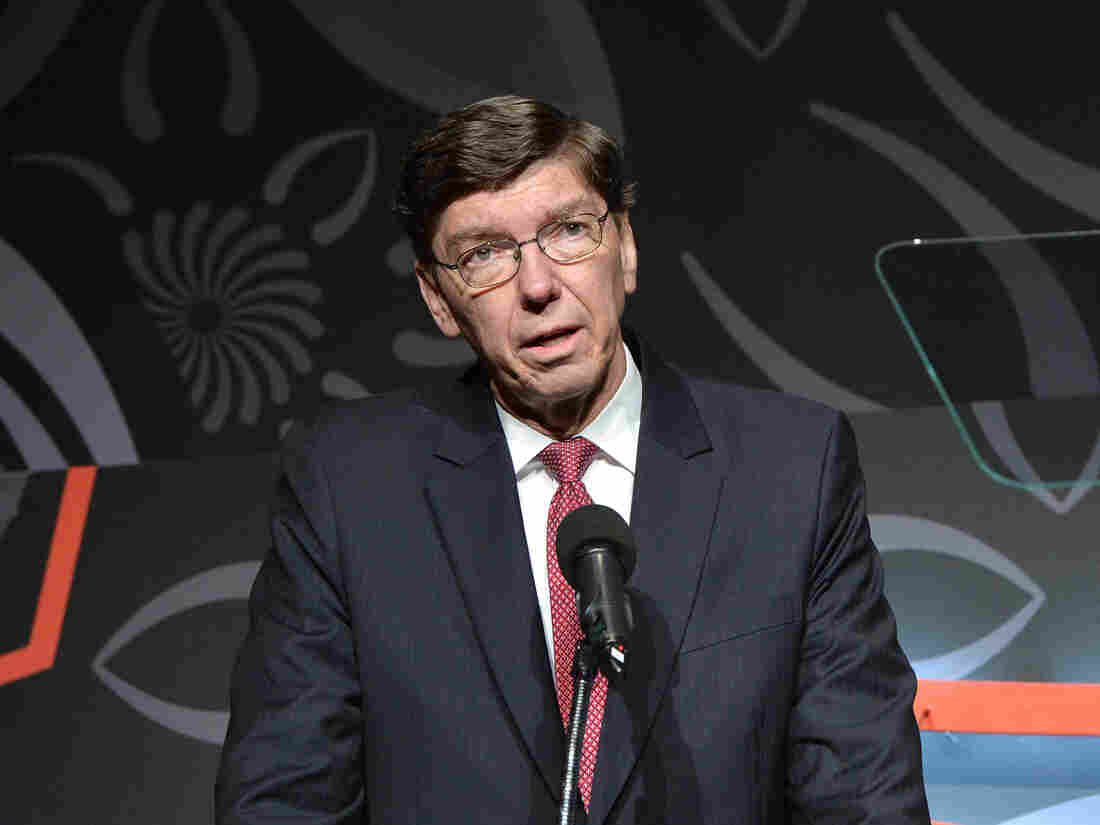 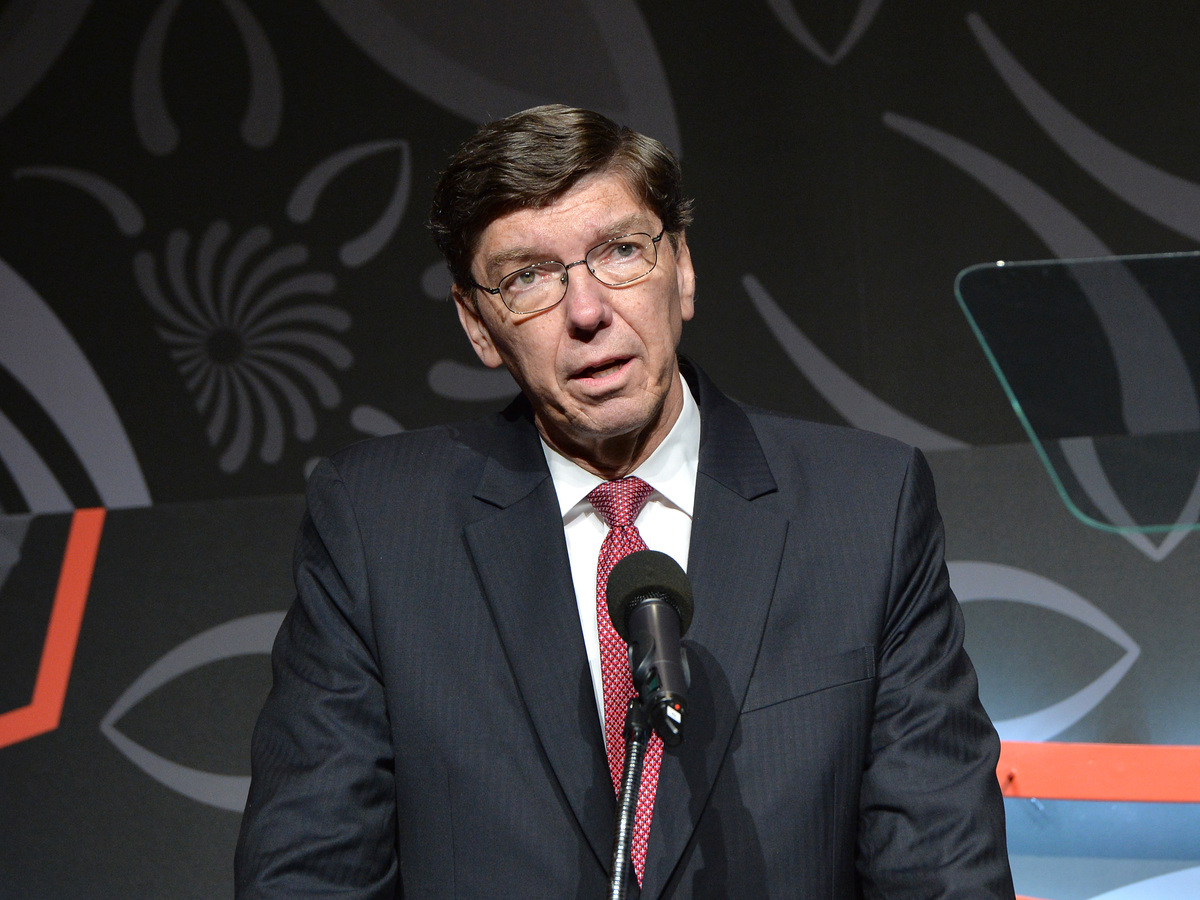 "It hurts to be disrupted, but it also creates markets," says Clay Christensen, a Harvard University business professor who coined the term "disruptive innovation."

Tech entrepreneurs have long prided themselves on disrupting traditional industries and creating new ones.

Print encyclopedias have been replaced by Wikipedia and Google searches.

Newspapers are struggling against online news sites and social media. But new problems have emerged as a result of this transformation: fake news and the bankruptcy of the traditional news media.

Clay Christensen, a Harvard University business professor, coined the term "disruptive innovation." He still says it's ultimately good — even as the tech industry reels from the backlash against it.

Christensen wasn't trying to disrupt anything when he began the research that became his now iconic 1997 book, The Innovator's Dilemma. He just noticed how certain companies — such as the computer-maker Digital Equipment Corp. or retail icon Sears — went from industry leaders to struggling has-beens.

"I've always wondered why is it that companies that are successful have such a hard time to sustain their success," Christensen says.

In his research, Christensen saw that big established companies were often undone by smaller innovative players that came along with cheaper and more affordable products. Henry Ford turned the automobile into a mass-market product, which made it faster and easier for people to travel. But it wasn't so great for the saddle and stagecoach industries.

"Overall, it's a good thing," Christensen says. "It hurts to be disrupted, but it also creates markets."

Fast-forward a century or so; today's tech world worships at the altar of disruption. Entrepreneurs dream of creating one of those companies that upend entire industries.

They look to Amazon, which disrupted books and then all of retail, or Apple and other smartphone-makers, which disrupted the film, camera and other industries. Jobs were lost, but society got great new products that sped up communication and brought down prices.

You could have seen this dream in action during a recent visit to a building called the Aspiration Dome in Sunnyvale, Calif., in the heart of Silicon Valley. At a presentation hosted by Alchemist, a successful startup accelerator, entrepreneurs got up onstage in an enormous room filled with investors and business leaders to test out their ability to pitch their companies. 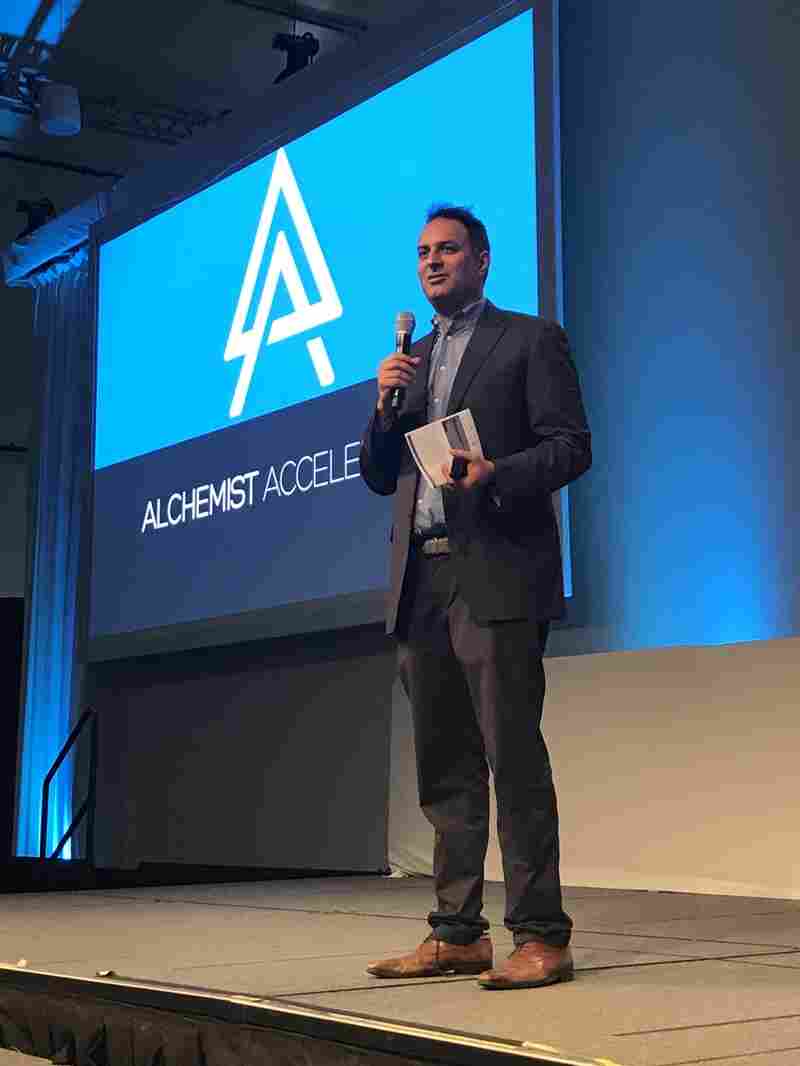 One of them was David Conway, the co-founder and CEO of SmartBins. "What we're building is absolutely disruptive," he says. He wants to disrupt the food-packaging industry. Anyone who has purchased bulk items at the supermarket knows it's kind of awkward: You have to find a pen and write the bin number on a tiny twist-tie — and the stuff can spill out.

Conway says his company has tech to make it easy. "That's what SmartBins is doing ... bringing shopping the bulk aisle from a little niche market to mainstream — making shopping bulk as easy as prepackaged," he says.

Conway admits that even this small disruption may take jobs away from people who work in packaging. "There's always a dark side to anything," he says. "I mean, look at what's gone on with Facebook and Google — like a lot of people's private information. But guess what — we're in the early stages of all this, and people are going to make mistakes."

Yet, like most entrepreneurs, he is filled with optimism. "I can tell you, at least the tech community I'm in, everybody is in here to make the world a better place," Conway says.

But to those who lose their jobs, Conway's words may be cold comfort. Many outside critics might scoff at Conway's naiveté or perhaps his inability to see the downside of a technology that may make him rich.

Still, the fact that he is ready with a response to criticism about disruption is a sign of growing sensitivity in the tech community.

Facebook CEO Mark Zuckerberg famously told his developers to "move fast and break things." That phrase is being re-examined by some big-time investors like Hemant Taneja, a managing director at the venture firm General Catalyst.

"What does it mean to create the new world order with technology but not necessarily in a way that's just moving fast and breaking things?" he says.

Taneja now believes that Facebook was careless. "The reason this happened is because they didn't think hard about how to police the nefarious-use cases of that technology," he says. "It's not about the technology — it's how we implement it and what are the use cases we want to enable."

Taneja says that now, before he funds a company, he wants to know that the founders are looking for what could go wrong before it happens so they can prevent it.

"Capitalism is a privilege," Taneja says. "I think if we don't build businesses that are broadly good for society, I don't think this entire system really lasts."

But many investors and entrepreneurs may have a hard time slowing down long enough to be a constructive force in the world when they are making so much money disrupting it.