Accessibility links
House Approves Resolution Urging Pence To Invoke 25th Amendment : House Impeachment Vote: Live Updates "I do not believe that such a course of action is in the best interest of our Nation or consistent with our Constitution," the vice president wrote on Tuesday evening. 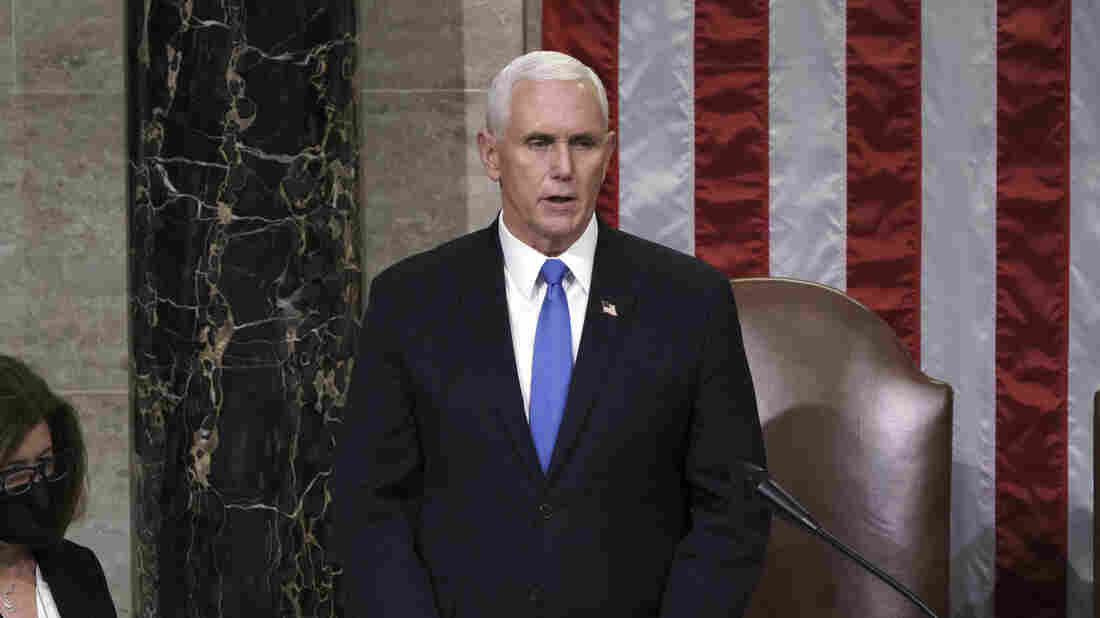 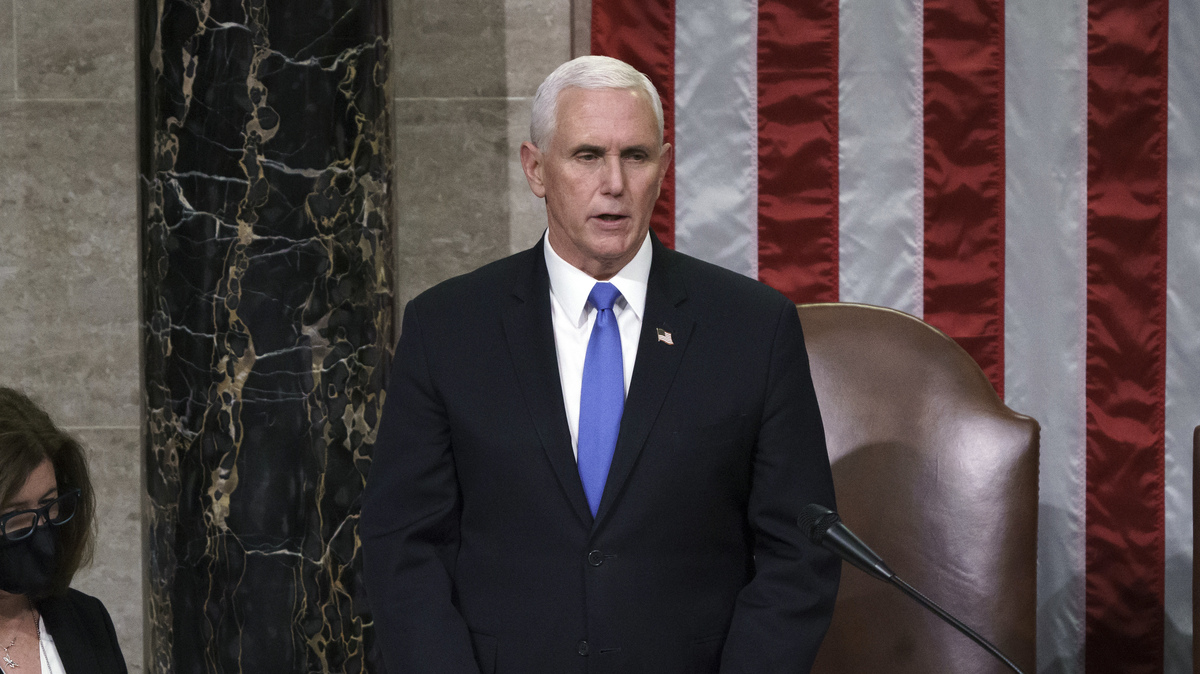 The House of Representatives approved a symbolic resolution urging Vice President Pence to invoke the 25th Amendment against President Trump, after the president's No. 2 has expressed that he would not exercise that option. The move comes nearly a week after violent pro-Trump extremists breached the U.S. Capitol.

The vote was mostly along party lines, 223-205, with just one Republican, Illinois Rep. Adam Kinzinger, joining Democrats to vote for the measure.

Pence made his intention clear in a letter to House Speaker Nancy Pelosi, D-Calif., on Tuesday evening, as the House was taking up a resolution calling on Pence to invoke the amendment, convene the Cabinet, declare Trump unfit for office, and assume the powers and responsibilities of acting president.

"I do not believe that such a course of action is in the best interest of our Nation or consistent with our Constitution," Pence writes. He says the amendment is "not a means of punishment or usurpation," and that invoking it would "set a terrible precedent."

He says the Trump administration is committed to ensuring an orderly transition in its final days and that "now is the time to heal."

JUST IN: In a letter to House Speaker Nancy Pelosi, Vice President Pence said he will not invoke the 25th Amendment, saying it would “set a terrible precedent.”

The House is soon set to vote on a resolution urging Pence to invoke the amendment. https://t.co/hfV0Nt0jvU pic.twitter.com/PGWHeiJ1EH

Still, the resolution passed the Democratic-controlled House, as had been expected.

Trump "widely advertised and broadly encouraged" the protests that led to last week's violence, the resolution argues, and then ignored calls to condemn his supporters' actions swiftly. It also cites his repeated efforts to delegitimize the presidential election results with false claims of widespread voter fraud.

The motion's approval comes as Democrats in the House have also filed an impeachment resolution charging Trump with fomenting the insurrection.

Democrats, emboldened by bipartisan outrage over last week's siege of the Capitol, are resolved in their efforts to seek Trump's dismissal even before President-elect Joe Biden is sworn in on Jan. 20.

Speaking Tuesday in Texas, Trump said that "the 25th Amendment is of zero risk to me but will come back to haunt Joe Biden and the Biden administration."

Read The Resolution: Bill Calls On Pence To Assume Powers Of Presidency

Some Republican supporters of Trump were pressed Tuesday on their role in encouraging his baseless election fraud claims, and in pushing events that led to the violent insurrection at the Capitol.

"Those of us who spoke against the unconstitutional way several states conducted their election were following the process," Rep. Jim Jordan of Ohio said in response to criticism. "And we did nothing different than Democrats have done every time a Republican's been elected this century."

"We could come back ASAP and vote to convict Donald Trump and get him out of office now before any further damage is done," Schumer said.