Accessibility links
In Op-Ed, Hawley Defends Decision To Object To Electoral Votes : House Impeachment Vote: Live Updates At least five U.S. senators have called on Sen. Josh Hawley to resign in the days following the breach of the Capitol by violent, pro-Trump extremists. 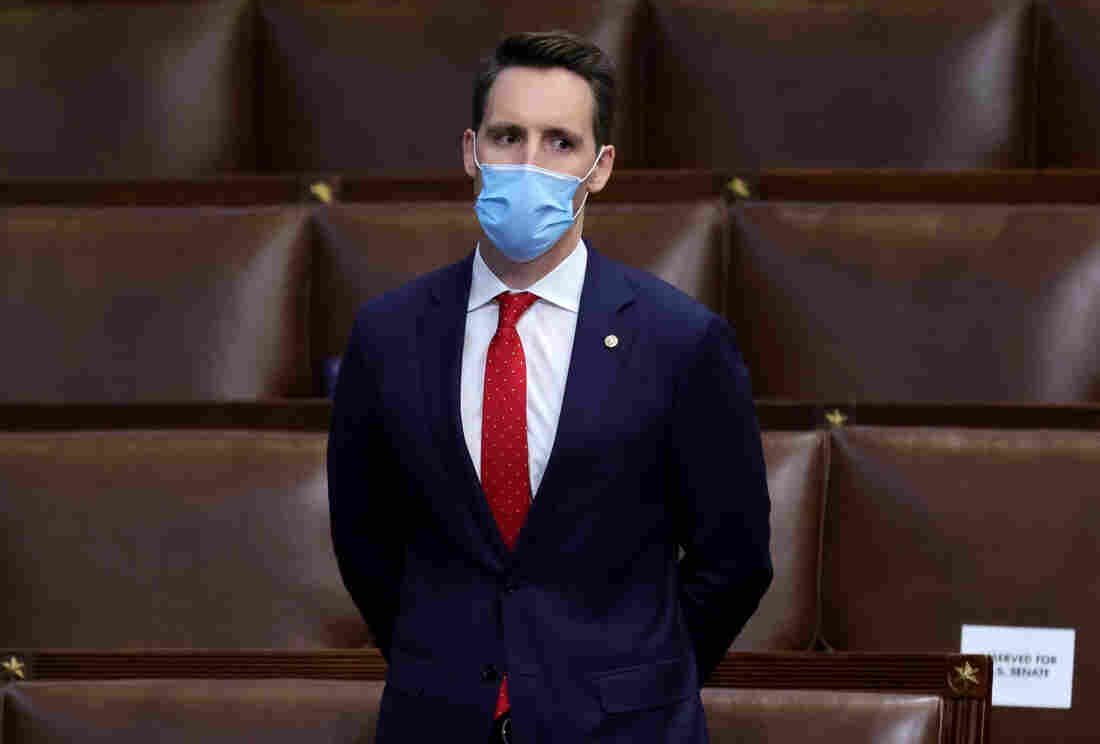 Sen. Josh Hawley, R-Mo., seen here during a reconvening of a joint session of Congress on Jan. 6, has penned an op-ed defending his decision to object to the certification of electoral votes. Win McNamee/Getty Images hide caption 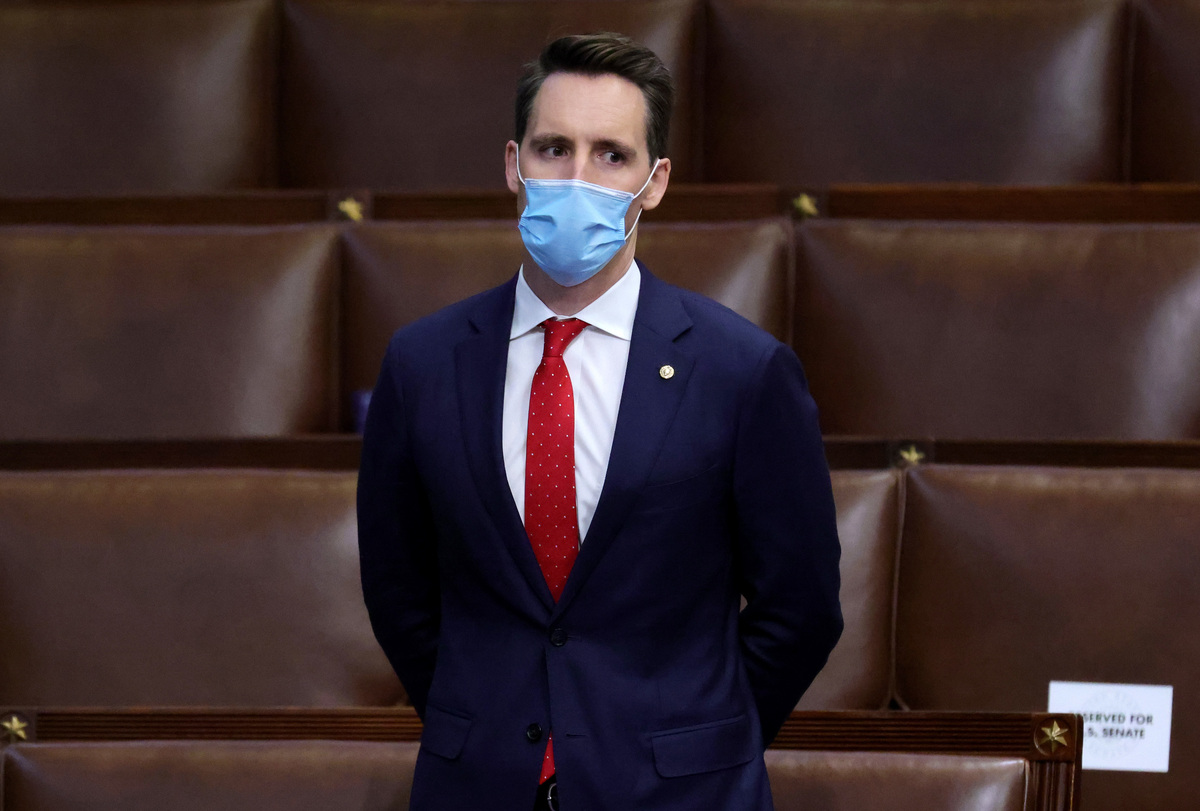 Sen. Josh Hawley, R-Mo., seen here during a reconvening of a joint session of Congress on Jan. 6, has penned an op-ed defending his decision to object to the certification of electoral votes.

Sen. Josh Hawley, R-Mo., is defending his decision to object to the Electoral College results of two states during Congress' tallying of the votes last week, offering the opinions of his constituents as the cornerstone of his explanation.

"Many, many citizens in Missouri have deep concerns about election integrity," he wrote in an op-ed in the Southeast Missourian. "For months, I heard from these Missourians — writing, calling my office, stopping me to talk. They want Congress to take action to see that our elections at every level are free, fair, and secure. They have a right to be heard in Congress."

The op-ed follows a period of harsh pushback against the senator after his objection following the deadly riot at the Capitol by protesters loyal to President Trump. Some of his fellow Senate Republicans have criticized him, and his political mentor and a major financial backer have also spoken out against Hawley.

The senator, however, defended his action, writing: "As their representative, it is my duty to speak on their behalf. That is just what I did last week."

Public opinion doesn't dictate whether there should be additional investigations into election fraud, an allegation made — without basis — by Hawley, along with Trump, Sen. Ted Cruz of Texas and others. It is an allegation that state election officials and Trump's Justice Department have forcefully refuted.

Hawley pointed to past objections lodged by Democrats during the Electoral College tallying process in Congress. In 2005, Democratic Rep. Stephanie Tubbs Jones and Sen. Barbara Boxer objected to Ohio's electors, believing there were irregularities in the state's election. In that case, the House and Senate each swiftly rejected the objections.

"They were within their rights to do so," Hawley wrote. "The Joint Session is the forum where concerns about an election can be raised, debated, and ultimately resolved with a vote."

The purpose of convening Congress on Jan. 6 was to formally tally the votes of the Electoral College, not relitigate election matters. Various concerns over state elections had already been raised — and rejected — in courts.

Hawley also wrote he condemns the violence perpetrated last week at the Capitol, saying it "undermines the democratic process by which we settle our disputes and threatens our democratic life."

Hawley has been rebuked, along with Cruz, by Democrats and Republicans alike for what they see as fanning the flames that led to the mob violence. He was photographed early on the afternoon of Jan. 6 raising his fist in seeming solidarity with the crowd that would go on to breach the Capitol.

"They were complicit in the big lie, this lie that Donald Trump won the election in a landslide, and it was all stolen," Sen. Pat Toomey, R-Pa., told NBC's Meet the Press on Sunday. "They compounded that with this notion that somehow this could all be reversed in the final moments of the congressional proceedings."

At least five senators have called on Hawley and Cruz to resign.

Criticism from his colleagues isn't the only blowback Hawley has received in recent days.

Simon & Schuster announced it would not publish his forthcoming book, citing his role in provoking the "disturbing [and] deadly insurrection" at the Capitol.

Hawley reacted by calling the decision an "assault on the First Amendment."

Additionally, former Republican Sen. John Danforth of Missouri has expressed regret at his recruitment of Hawley to run for the Senate in 2018, calling it the "biggest mistake I've ever made in my life."