Trump Was The 'Inciter-In-Chief,' House Manager Says In Opening Argument

Trump Was The 'Inciter-In-Chief,' House Manager Says In Opening Argument 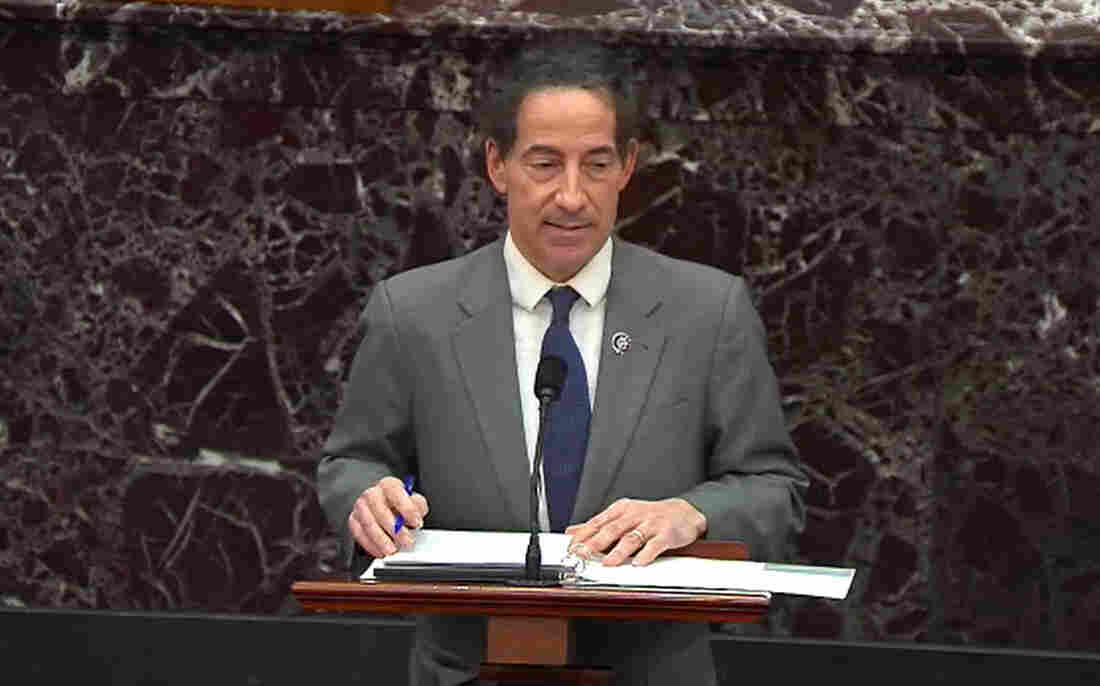 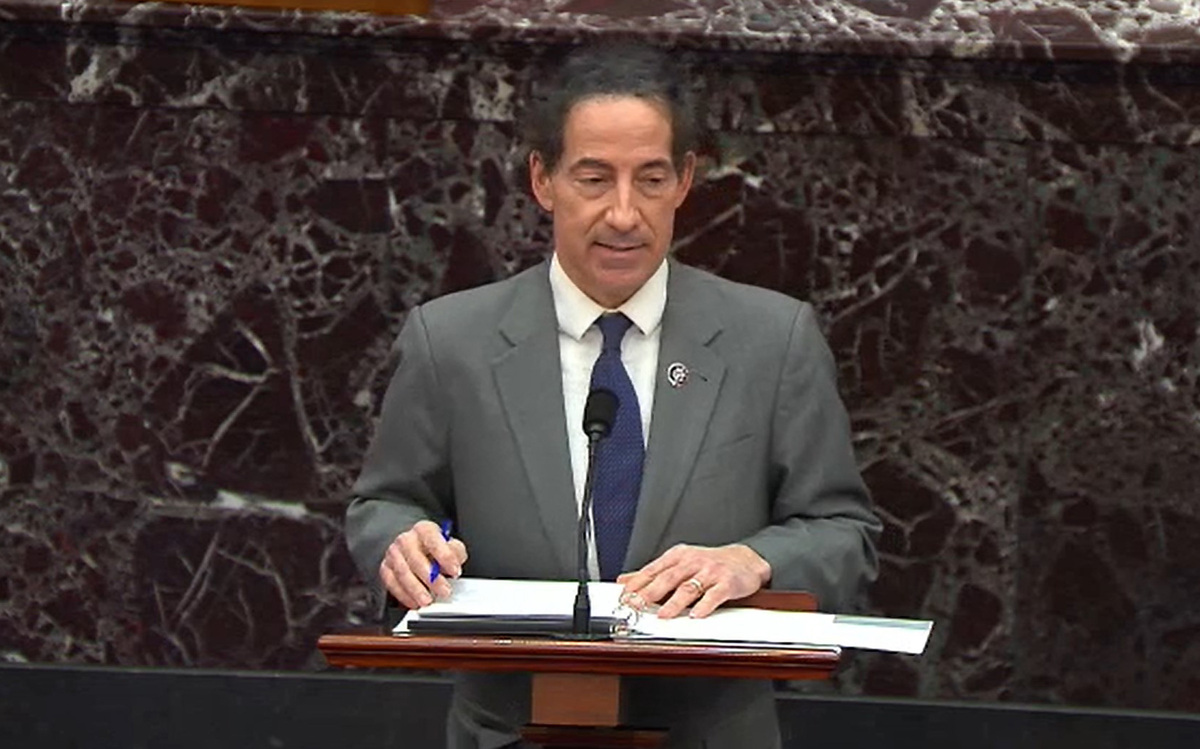 House Democrats did not mince words in their opening argument on Day 2 of the Senate impeachment trial of Donald Trump, calling the former president an "inciter-in-chief" who abandoned his sacred oath of office and who "reveled" in the chaos and destruction perpetrated by his supporters at the U.S. Capitol on Jan. 6.

"Donald Trump committed a massive crime against our Constitution and our people and the worst violation of the presidential oath of office in the history of the United States of America," lead impeachment manager Rep. Jamie Raskin said.

The Maryland Democrat told senators the prosecution plans to lay out the evidence "for you to see and hear and digest" and argued it will prove that Trump was "no innocent bystander."

"It will show that Donald Trump surrendered his role as commander-in-chief and became the inciter-in-chief of a dangerous insurrection," Raskin said.

Here's a look at key parts of Raskin's remarks.

Raskin told senators that House managers would be presenting videos of the violence at the Capitol on Jan. 6. (That's after they led off Tuesday's proceedings with a graphic video.) He warned teachers or parents of children watching the trial that the materials would often be graphic and disturbing.

"The evidence will show you that [Trump] assembled, inflamed and incited his followers to descend upon the Capitol to "stop the steal," to block Vice President Pence and Congress from finalizing his opponent's election victory over him," Raskin said.

Raskin pointed to the video Trump published hours after the mob breached the Capitol, in which he address supporters and repeated his false claims of election fraud.

"I know you're hurt. We had an election that was stolen from us. It was a landslide election, and everyone knows it, especially the other side," Trump said at the time, later adding "We love you. You're very special."

Raskin pushed back against an argument made Tuesday from Trump lawyer Bruce Castor Jr. in defense of Trump's actions on Jan. 6.

"President Trump, according to Mr. Castor, is essentially an innocent bystander who got swept up in this catastrophe but did nothing wrong," Raskin said.

He said his team plans to show that Trump had been "warned" that his followers were preparing for a violent attack via "media reports, law enforcement reports and even arrests."

"He saw it coming," Raskin said. "To us, it may have felt like chaos and madness, but there was method in the madness that day."

'I Said The Opposite': Criticism Of Trump's Impeachment Defense Intensifies

Trump's lawyers on Tuesday declared that his speech is protected by the First Amendment.

"The factual premise and the legal underpinnings of that claim are all wrong," said Raskin, who taught constitutional law and the First Amendment for decades.

"They present President Trump as merely, like a guy at a rally expressing a political opinion that we disagree with and now we're trying to put him in jail for it. That has nothing to do with the reality of these charges or his constitutional offense."

Raskin argued incitement to violence is not protected speech, pointing to the well-known example of shouting fire in a crowded theater.

"It's more like a case where the town fire chief, who's paid to put out fires, sends a mob, not to yell fire in a crowded theater, but to actually set the theater on fire," he said. "And who then, when the fire alarms go off and the calls start flooding into the fire department asking for help, does nothing but sit back, encourage the mob to continue its rampage and watch the fire spread on TV with glee and delight."

Raskin argued that while a private citizen can express support for overthrowing the government, that's not the case for a president who pledged an oath of office.

"As Justice [Antonin] Scalia once said, memorably, 'You can't ride with the cops and root for the robbers,' " he said. "And if you become inciter-in-chief to the insurrection, you can't expect to be on the payroll as commander-in-chief for the union."

House managers have as many as two days to present their case, with no more than eight hours of arguments in a day. Then, Trump's defense team will have the same time frame to make its case for his acquittal.