Accessibility links
Bill O'Reilly: I See Black People! : The Visible Man So, by now I hope you're up to speed on Fox News talker Bill O'Reilly's rather disgusting foot-in-mouthism. If not, take my word for it — it was a backfisted compliment r 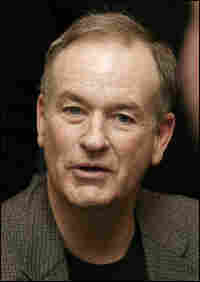 So, by now I hope you're up to speed on Fox News talker Bill O'Reilly's rather disgusting foot-in-mouthism. If not, take my word for it — it was a backfisted compliment regarding so-called normal black behavior. Bill was seemingly stunned that people of color can comport themselves in a black-run restaurant.

That Bill's comments are ignorant is obvious. But how could someone who lives in the Metro NYC area, works in Manhattan and talks with agenda setters daily be so completely unaware of blacks in suits who are able to order iced tea without saying M-F?

It really boils down to basic Ralph Ellison: To Bill (and plenty of people like him), blacks who don't fit his narrow view of what a black should be are invisible to him. O'Reilly crosses paths with "normal" people of color by the dozens every day, but he lacks the ability to truly see them. It's only when he's completely swimming in another environment, when he is forced to become aware of those around him, that he realizes that there is "no difference" between the patrons at a Harlem eatery and those at a "normal" restaurant.

I don't believe this kind of racial myopia is unique to Bill O'Reilly or even to white people. But people of color live daily in a culture dominated by white male Christians. We see all that culture has to offer: the good and bad and "normal." Guys like Bill O. need to get a special invite — to a soul-food restaurant in Harlem or an Anita Baker concert — before they will meaningfully interact with people who are truly other.

Based on his own comments, I believe that's an invitation Bill rarely accepts.