Accessibility links
He's All Ours : Wait Wait ... Don't Tell Me! Carl belongs to us! 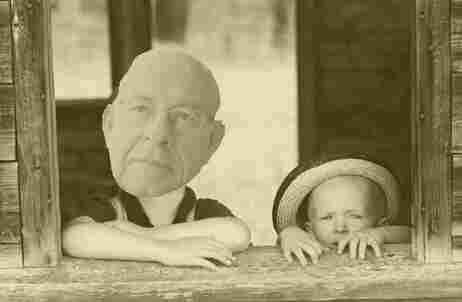 For years, our dear friend Carl Kasell has struggled with a split public personality -- weekday mornings, he's the sober voice of the days news, intoning headlines in his best Late Period Cronkite. But on the weekends, he reappears as a jokester and celebrity impressionist on Wait, Wait. He is the Batman of NPR News, and like Bruce Wayne, eventually he'd have to give in to the dark side.

And so it has happened. Tiring of having to do the newscasts every morning without being allowed to actually imitate the newsmakers -- especially the ones with goofy foreign accents -- Carl has decided to leave the newscast unit, after 30 years with Morning Edition. He'll of course continue to serve as Judge and Scorekeeper on Wait, Wait, but we don't know what'll happen now that he doesn't have to maintain a facade of dignity and objectivity. We expect him to start insisting that he can't really imitate Britney Spears unless he dresses like her, too.

All our best to Carl, and welcome to the wonderful world of sleeping in. Believe it or not, Carl, the sun will still rise without you there to see it happen.