The 2010 Vancouver Olympics Of Fashion

The 2010 Vancouver Olympics Of Fashion

We gathered our esteemed panel of fashionistas and fashionistos to critique the spectacular costumes of the figure skaters in Vancouver. First up, Johnny Weir: 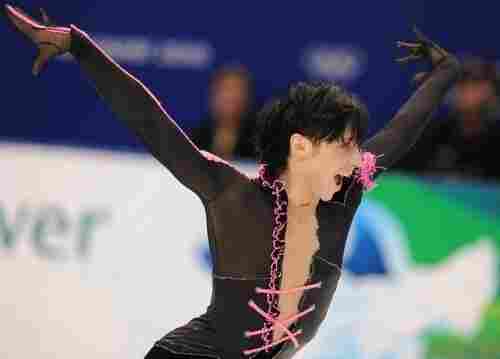 Doug Berman: It's working. The outfit is distracting them from his mullet.
Ian: It looks like a My Little Pony did stomach surgery on The Crow.
Mike: No, someone Tauntauned Edward Scissorhands.
Peter: No, the pink thing is a parasitical fungus that whispers encouragement to him, in return for getting to ingest thrown teddy bears.

Next up, Japan's Takahiko Kozuka... 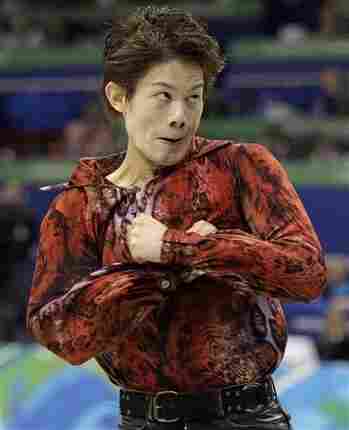 Eva: Canadian customs will let anything through.
Peter: I also own that shirt.
Ian: And you look good in it. But this is going to end badly when Takahiko thinks he can fool actual tigers into thinking he's one of them.
Intern Christine: He's making that face because he's being eaten by a python, skate-first. 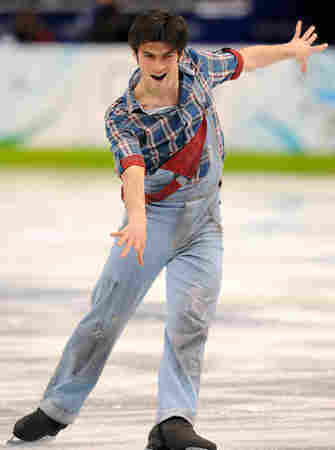 Ian: I bet they were really embarrassed when they both showed up wearing that.
Eva: Somewhere, there's a suspender-shaped hole in somebody's Burberry drapes.
Peter: Who cares about the plaid suspenders?? What's really weird is her skates seem to be growing directly out of her feet.
Ian: That's how she knew she should be a skater, Peter.

Next, Samuel Contesti, of Italy... 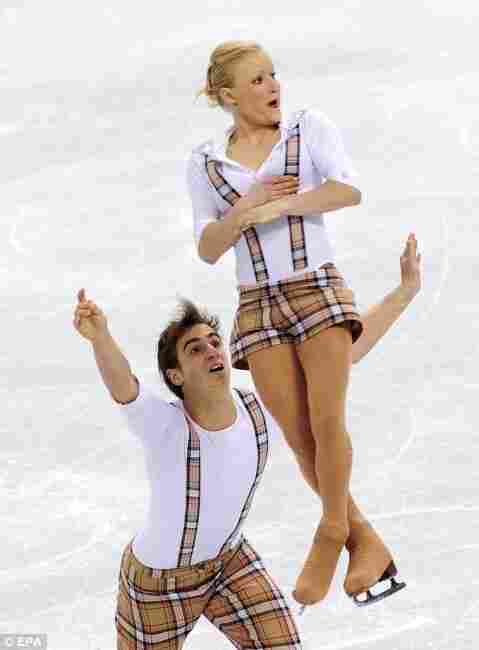 Ian: I'd heard a lot of male figure skaters were hobosexual.
Mike: Granny said Jethro would hit the big time if he could just land that quad.
Peter: Somewhere, a farmer is slopping the hogs while wearing a chartreuse body stocking. 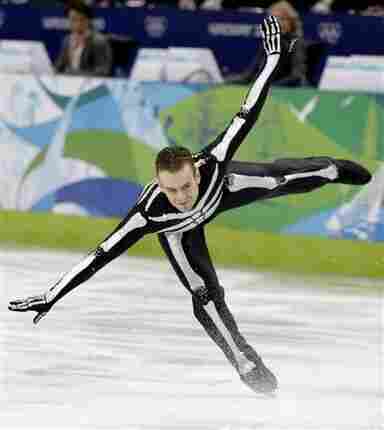 Eva: Black is slimming. So are skeletons.
Mike: For Halloween he was Elvis Stojko.
Ian: Wait, this is just a still from "The Karate Kid on Ice."