Accessibility links
Peter and his daughters eat dumplings. : Wait Wait ... Don't Tell Me! For a special all-Sagal edition of Sandwich Monday, Peter takes his daughters out for dumplings.

After twelve years of doing Wait, Wait, on which I have interviewed future Presidents and Elmo himself, nothing has excited my daughters more than Sandwich Monday.  "What sandwich did you eat today, Papa?" they cry as I return home on Monday evenings. And so, with the WWDTM staff on a break for this holiday, my daughters – Rosie, 12, Gracie, 9, and Willa 6 – volunteered to eat and opine on your behalf, along with myself and their mother, Beth.

Except we did it on Sunday.  And we ended up not eating sandwiches. Nobody ever said these girls played by the rules.

Our destination was Kuma's Corner, the legendary Chicago biker bar and hamburger emporium, famous for its customized burgers, and for its long lines. We cleverly arrived at 12:00 noon, the moment of its opening, only to discover we were not clever enough: 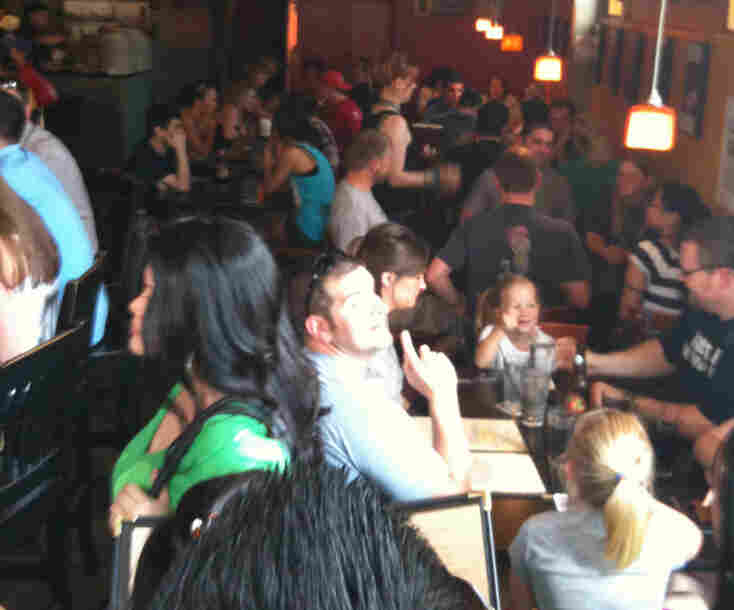 So, with three hungry little girls facing a 90 minute wait, your host called an audible and we went around the corner to Urban Belly, chef Bill Kim's homage to Asian street food, located in a strip mall.

There, we were presented with two problems: Urban Belly does not serve sandwiches, and it's really, really good, which presents a problem if you're going to make fun of sandwiches.

They serve dumplings, though. And dumplings are kind of like sandwiches. Tiny, moist, delicious sandwiches. 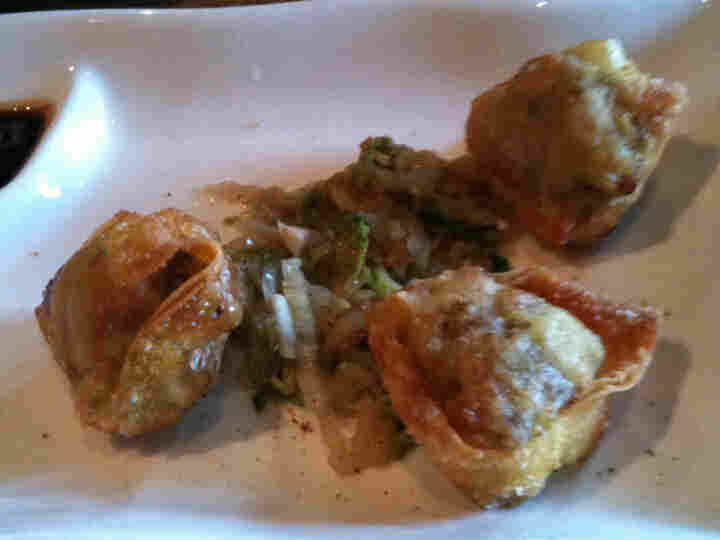 Peter: You have to explain why it's good, for the blog.

Gracie: The most delicious dumpling I've ever had.

Peter: Okay, let's try the next dumpling. And try to be snarky.

(No photo available because they ate them before I could take it.)

Willa: [Holding up a noodle, from her bowl of noodles]: This is good because it tastes like dough. 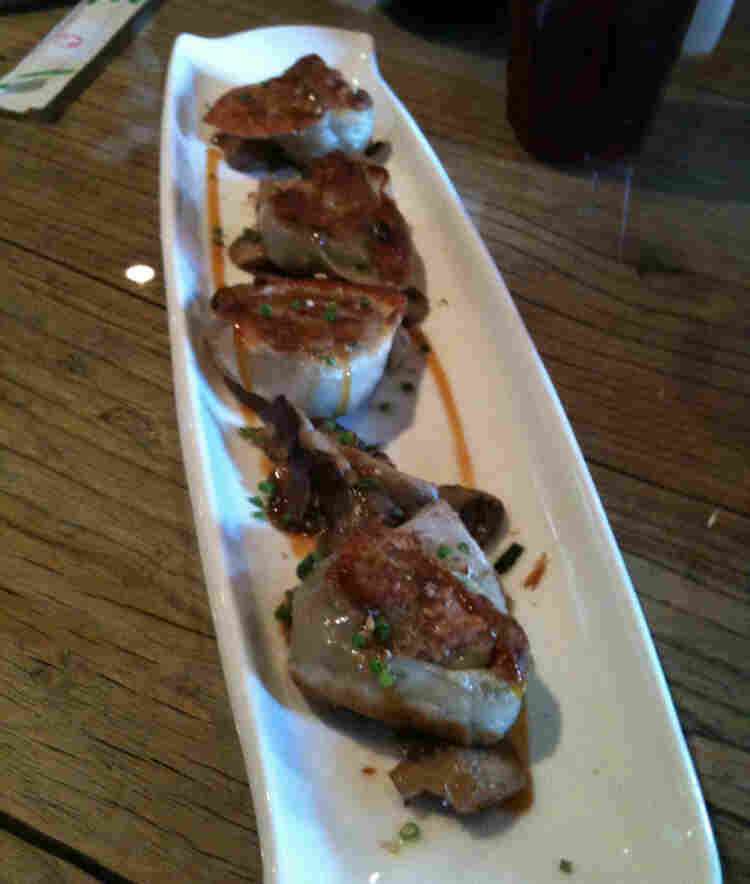 Peter: Which is your favorite dumpling?

Willa: This one! Because it's the only one I've had so far. [lip-smacking noises.]

Grace: I like it. Because... it has a strong flavor. 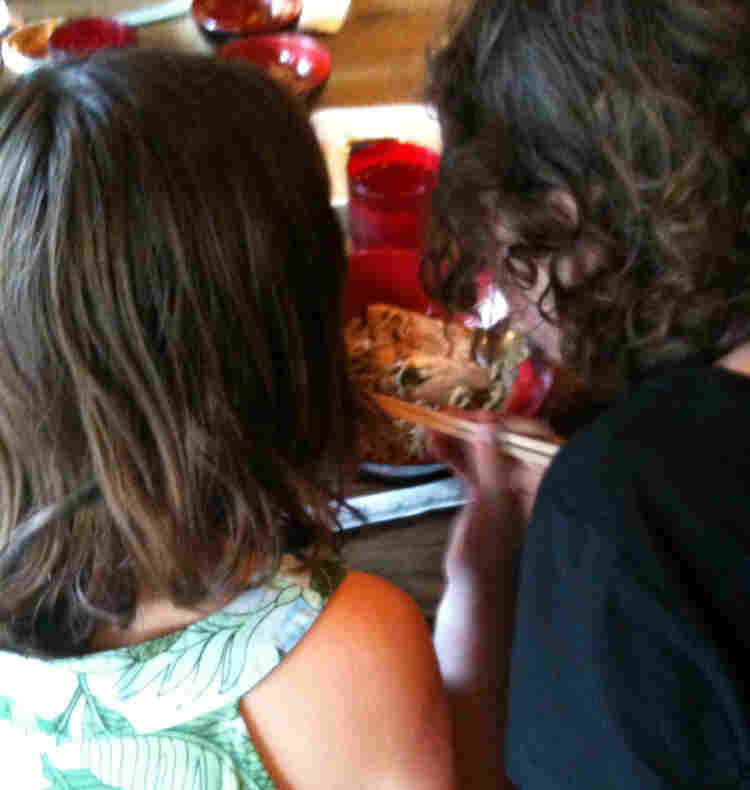 Gracie and Rose concentrate on their noodles. NPR hide caption

Willa: Can I say something?

Willa: I like this because it is mixed up with stuff.

Willa: Can you tell them I say hi?