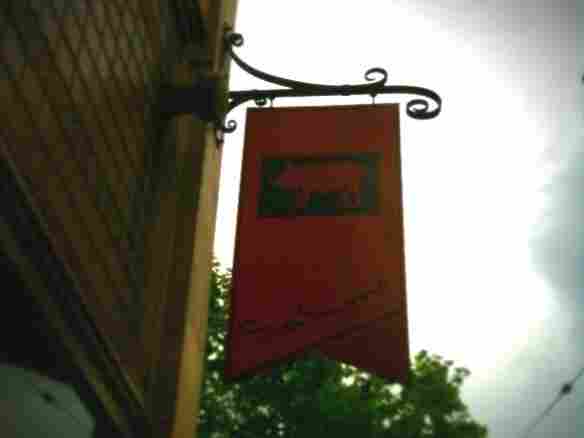 Salumi is a legendary Seattle sandwich shop and cured meat emporium, headed by Principal Salumist (that's a real title) Armandino Batali. He's otherwise known as Mario Batali's dad. Armandino retired from Boeing at age 58 to focus on meat. I never tasted his planes but I think it was a good decision. 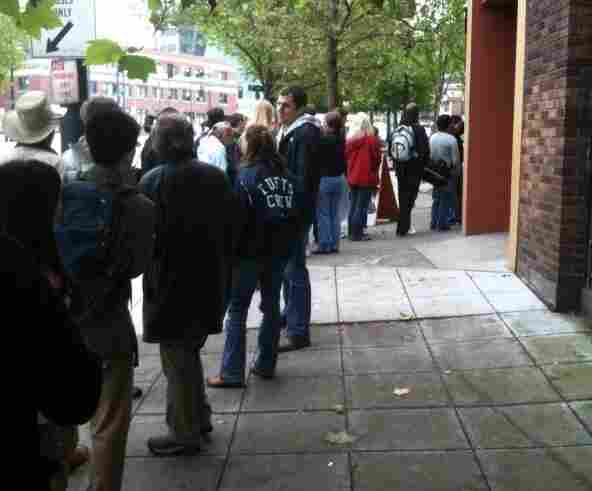 The line was more than 20-people long when we got there. I considered this a good thing. Odds were those people were smarter than me, and if they were willing to wait for these sandwiches, they were probably pretty good. NPR hide caption

The good people behind the counter wrapped my sandwich in paper and handed it to me. I caught myself rationalizing that the sandwich was so heavy, carrying it counted as exercise.

Salumi doesn't have much in the way of a seating area -- they could serve their sandwiches in the path of oncoming traffic and people would still come get 'em -- so we sat outside and regretted not bringing more napkins. 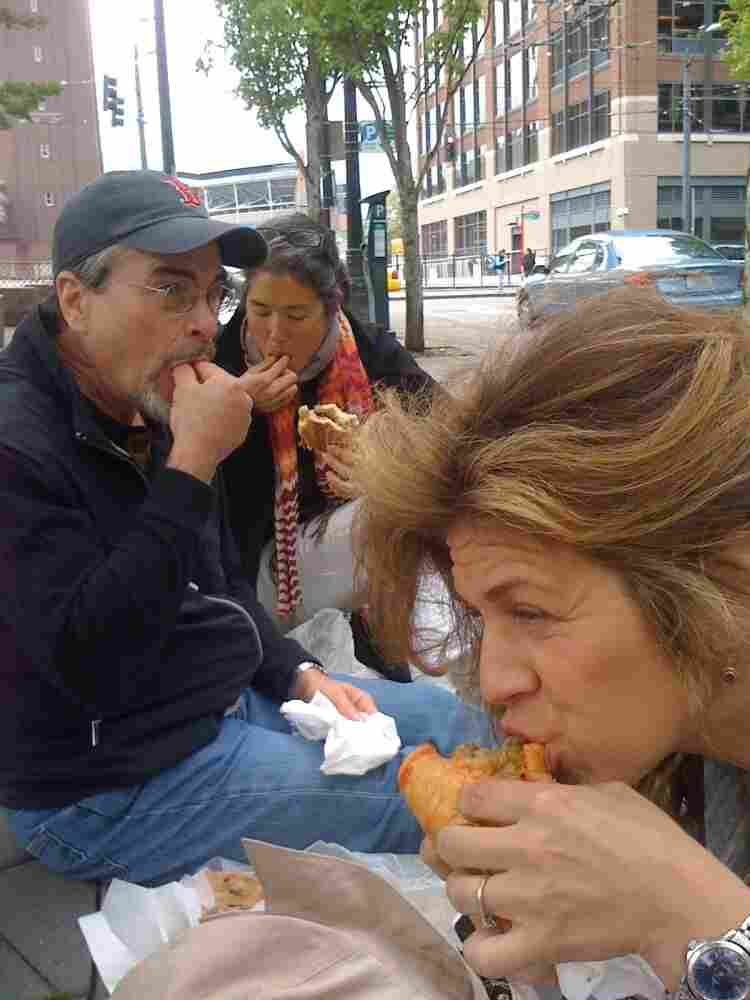 Rita found the general size and falling-apart-ness of the sandwiches somewhat troubling.

"A fork would be helpful," she said.

"A second mouth would be helpful."

The sandwich-makers spread something on the bread before adding the meat. I didn't ask what it was, but if I had to guess, I'd say it was probably magic. 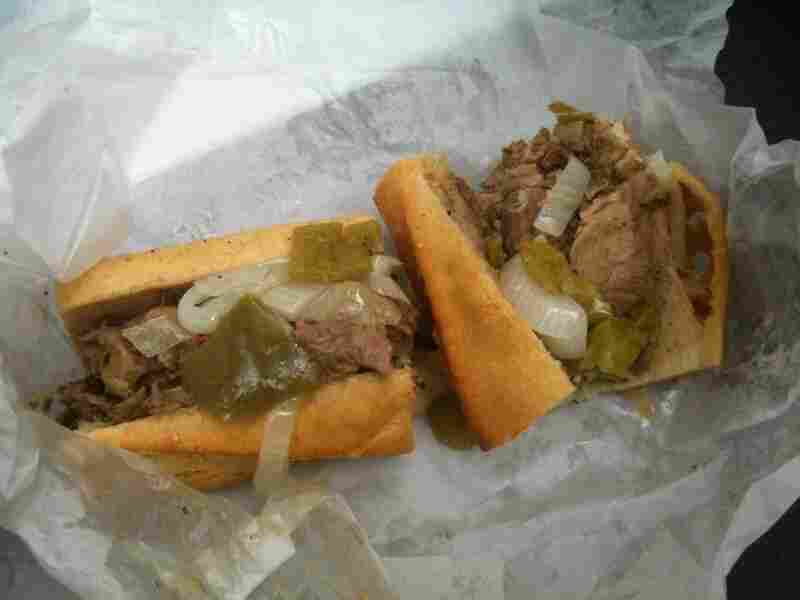 Doug: "I love the moist bread."

It really does make a difference.

"Yeah, it's prechewed. Saves the trouble." 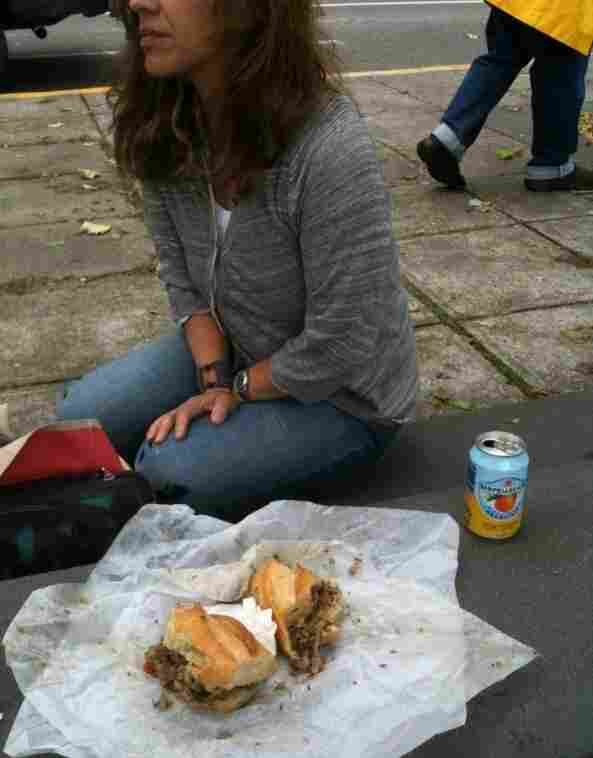 Rita gave up with easily 3/4 of her sandwich remaining.

Doug, pointing at what was left of Rita's sandwich: "You ate that, Ian."

Ian: "Oh god, that's an inside view of my stomach!" 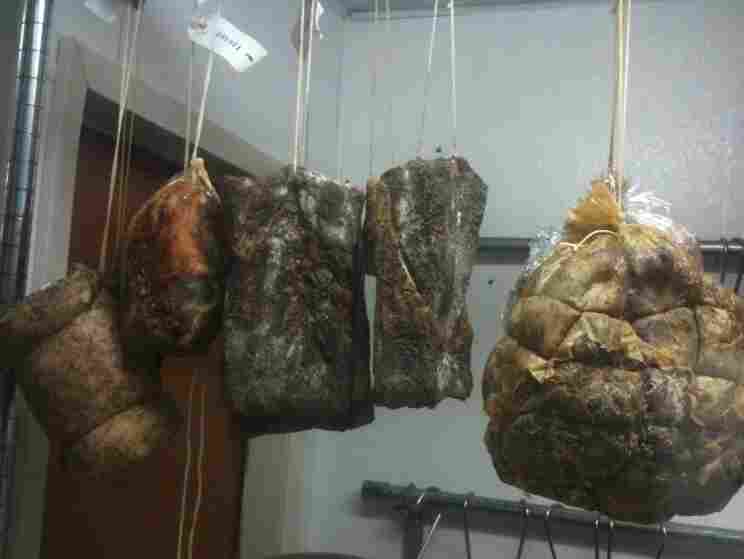 Deb: "The meat is all hand-cured."

Tom: "What does that mean? They hold it in their hands while it dries out?"

Ian: "'Hand-cured'" should sound good but it doesn't."

Tom: "Yeah. Don't think about what that means." 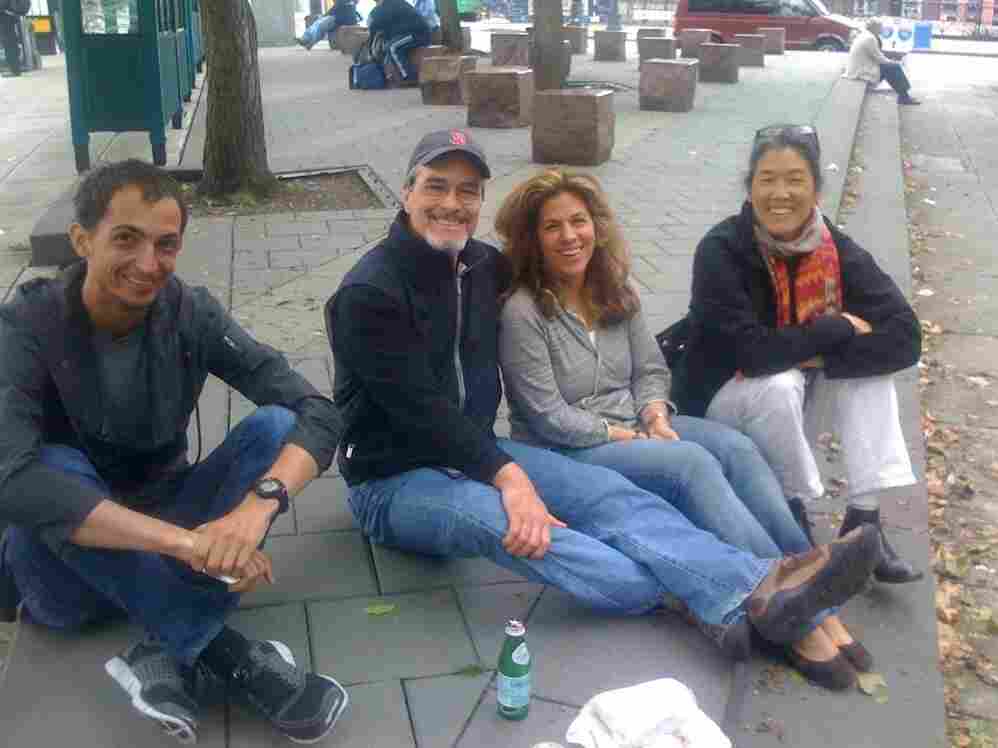 All told, great food, and arguably the greatest meatball sandwich in the world. If you're in Seattle, and you get there, and there are fewer than 100 people in line, join them.