Accessibility links
A Starbucks Customer Refuses To Order Her Starbucks Correctly : Wait Wait ... Don't Tell Me! A woman gets thrown of a Starbucks for refusing to use the secret Starbucks language. Did she go too far? 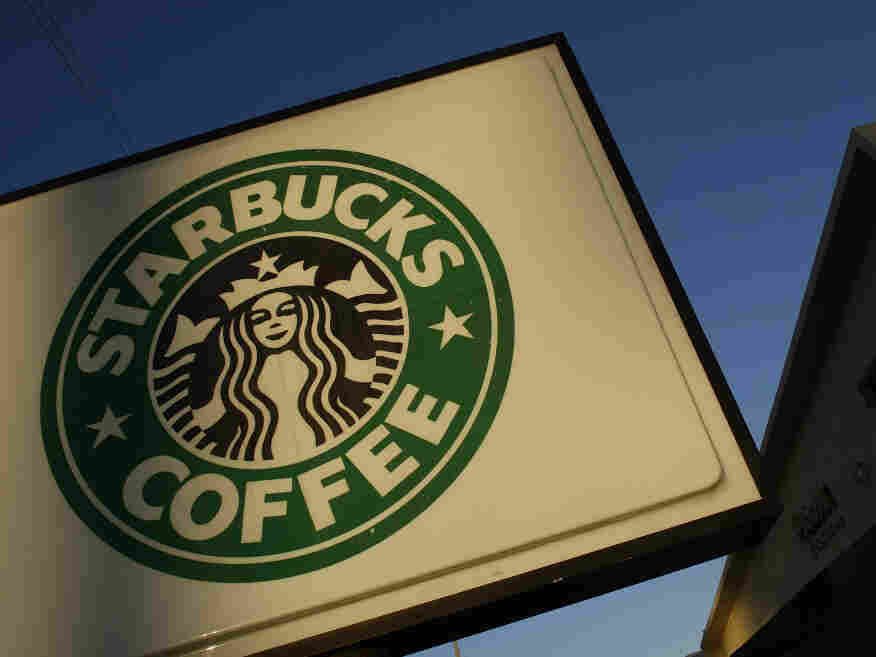 I thought I was a little nuts, taking pride in never saying "tall," "venti," or "grande."

But then, from The New York Post, this tale of a language showdown at a Manhattan Starbucks:

[Lynne] Rosenthal ... asked for a toasted multigrain bagel -- and became enraged when the barista at the franchise, on Columbus Avenue at 86th Street, followed up by inquiring, "Do you want butter or cheese?"

"I just wanted a multigrain bagel," Rosenthal told The Post. "I refused to say 'without butter or cheese.' When you go to Burger King, you don't have to list the six things you don't want.

"I yelled, 'I want my multigrain bagel!' " Rosenthal said.

"The barista said, 'You're not going to get anything unless you say butter or cheese!' "

But Rosenthal, on principle, refused to back down.

The scene ended with cops throwing Rosenthal out of the Starbucks, ideally saying "you're out of here," but spelling it "your out of here," just to annoy her.

What do you think? Is Rosenthal a Noble Linguistic Defender or Just Kind Of Obnoxious?